Liverpool has become the third destination ever to be stripped of its status as a Unesco World Heritage Site.

Unesco cited the redevelopment of Liverpool’s historic docklands – one of the world’s major trading centres in the 18th, 19th and early 20th centuries, which played an important role in the growth of the British Empire – as well as the planned development of a new football stadium for Everton FC on the waterfront, as some of the reasons for deleting the city from its prestigious World Heritage list.

The city received its Unesco World Heritage status back in 2004, joining wonders of the world such as the Great Pyramid at Giza, the Great Wall of China, Stonehenge, the Grand Canyon and the Taj Mahal.

The prestigious list began in 1978, and by April 2021, Unesco had awarded 1,121 World Heritage Sites around the globe, but only three destinations have ever been removed from the list – Oman’s Arabian Oryx Sanctuary in 2007, Germany’s Dresden Elbe Valley in 2009 and now Liverpool, a favourite city break destination for Which? Travel readers.

Liverpool’s losing this accolade didn’t come without a warning: Unesco keeps a list of destinations in danger of losing their World Heritage status, and Liverpool had been on that list since 2012.

World Heritage Sites benefit from an upsurge in public interest, along with the associated boost in tourism, and they’re also eligible for financial assistance and expert advice from the World Heritage Committee to support their preservation, making places on the prestigious list extremely valuable.

There are 52 sites around the world currently on the Unesco Danger List of World Heritage Sites, from historic sites ravaged by conflict in Syria, Iraq, Libya, and Afghanistan, to natural wonders in long-term Foreign, Commonwealth & Development Office (FCDO) red-listed destinations such as the Democratic Republic of Congo, but there are also some surprising Unesco sites at popular holiday destinations at risk of losing their World Heritage listings. We hope that the below destinations take note of what has happened in Liverpool and take the necessary steps to preserve these beautiful sites.

Looking for more unbiased news and advice? Sign up to Which? Travel 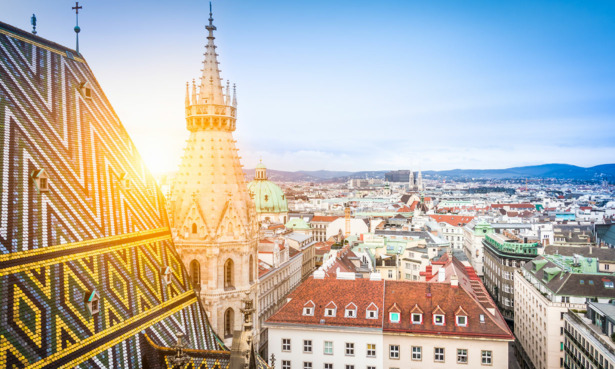 Inscribed on the World Heritage List in 2001, Vienna is the former capital of the Austro-Hungarian empire and a wonderland of Baroque and Gothic architecture, plus it’s world famous for its associations with classical composers, including Mozart, Beethoven, Schubert, Strauss, Haydn, Brahms, and Liszt.

However, in 2017 Unesco added Vienna to its List of World Heritage in Danger due to high-rise projects in the middle of the city that many fear will disturb the visual integrity of its skyline and dwarf Vienna’s celebrated Baroque palaces.

Looking for the best city breaks in Europe? See which cities topped our reader survey 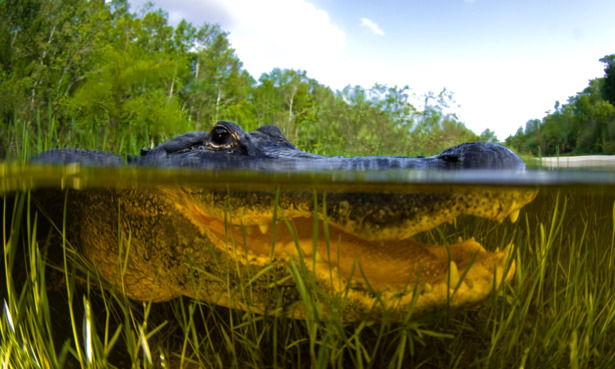 Florida is a perennial favourite for UK holidaymakers and, aside from its theme parks, visitors often also head to the stunning Everglades National Park during a trip.

This mangrove ecosystem, known for its alligators and air-boat rides, was designated a national park by US Congress in 1934, and was among the first sites in the United States to be added to the World Heritage List In 1979.

Its shallow bays and deep coastal waters create a complex of habitats supporting a high diversity of flora and fauna, making it the most significant breeding ground for wading birds in North America.

The Everglades has, however, has twice been on Unesco’s danger list from 1993 to 2007 and again from 2010 until present day, due to the serious and continuing degradation of its aquatic ecosystem.

Among numerous issues, Unesco is concerned that adjacent urban growth, such as flood protection and water supply requirements, are lowering the Everglades’ water levels, while pollution from upstream agricultural activities is leading to a decline in marine species. 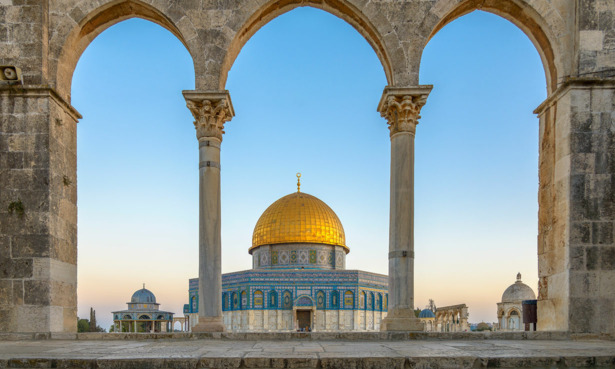 Jerusalem needs little introduction. One of the oldest cities in the world – and a site of huge religious significance for Christianity, Judaism and Islam – the holy city of Jerusalem is also on Unesco’s danger list.

Famed among its 220 historic monuments are the Wailing Wall, an important prayer site for Jewish people; the 7th-century Dome of the Rock, an Islamic shrine on the Temple Mount, reputedly marking the spot where creation began; and the most venerated site in the Christian world, the Church of the Holy Sepulchre, which houses Christ’s tomb.

The Old City of Jerusalem and its Walls has been on the Unesco World Heritage List since 1981, but it was quickly added to the danger list in 1982, and remains on it because of rapid urbanisation and the destruction of heritage. 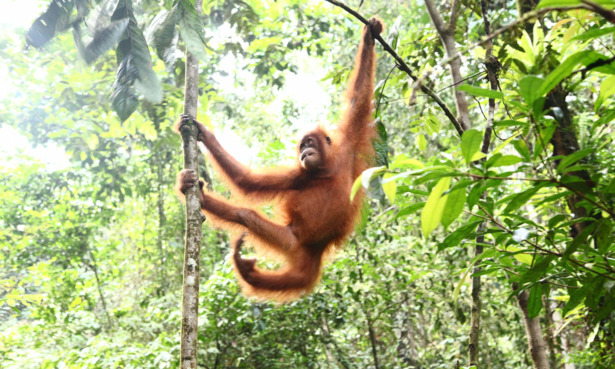 Inscribed on Unesco’s list in 2004, it’s home to the highest volcano in Indonesia and the highest lake in Southeast Asia, and it represents the best hope for the long-term conservation of Sumatra’s many endangered species.

The biodiversity of the TRHS is exceptional, with an estimated 10,000 plant species and 580 bird species. There are 201 species of mammal, too, including the Sumatran tiger, rhino, elephant, the Malayan sun bear and the endemic Sumatran orangutan.

On Unesco’s World Heritage in Danger list since 2011, the site is today threatened by road construction, agricultural encroachment, illegal logging and poaching.

The Gulf of California, Mexico 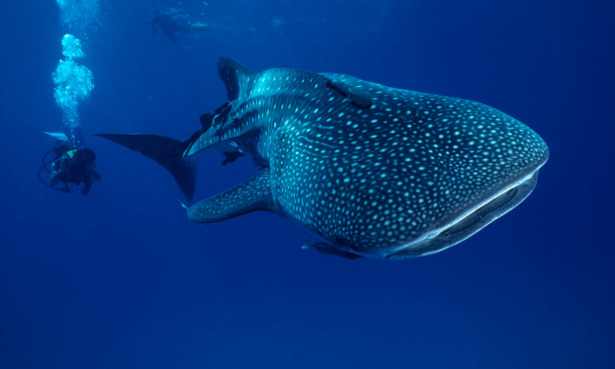 The Gulf of California, also known as the Sea of Cortez, is the sliver of sea between the Mexican mainland and the Baja California Peninsula. Unesco considers it to be one of the most diverse seas on the planet.

Consisting of 244 islands, islets and coastal areas, The Gulf of California is an area striking natural beauty with its soaring cliffs, and golden beaches set against a backdrop of desert landscapes and turquoise waters.

Dubbed the Aquarium of the World, the Sea of Cortez is home to 891 fish species, and 39% of the world’s marine mammal species. Here you’ll find vaquitas – the world’s smallest and most endangered species of porpoise.

Made a World Heritage Site in 2005, the Gulf of California was added to Unesco’s danger list in 2019, due to illegal fishing activities within the Gulf, which have had a devastating impact on its unique marine wildlife. The vaquita in particular has been pushed to the very brink of extinction because they get tangled in nets that are being used to illegally catch the totoaba fish, another Critically Endangered species that fetches high prices in Asian markets. 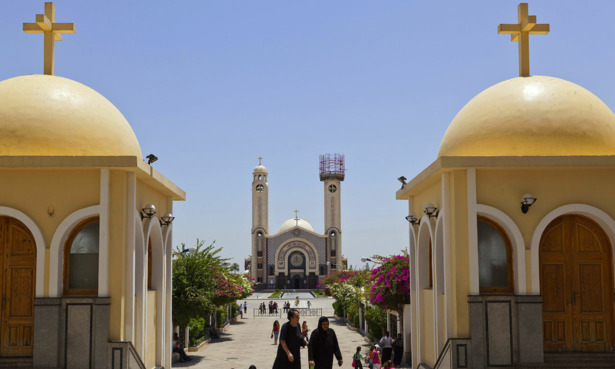 Abu Mena is an archaeological site situated around 30 miles southwest of Alexandria, dating back to the early Christian period in the 4th century AD. Excavated between 1905 to 1907 and added to the World Heritage List in 1979, the ancient town and monastery complex was built upon the tomb of Saint Menas of Alexandria, a martyr who died in 296 AD.

The story goes that, after his martyrdom, the camel carrying his sacred remains through the desert spontaneously refused to proceed any further, which was interpreted as a sign from God, and so Saint Menas was buried on this spot, which quickly became a site for Christian pilgrimage.

Today you can see ruins and foundations of churches, monasteries, houses, workshops, and the great basilica, but Abu Mena has been on Unesco’s danger list since 2001.

Rising groundwater levels, linked to urban growth and agricultural development, have contributed to the collapse of numerous structures, forcing authorities to fill some of the most endangered buildings with sand.

The World Heritage Fund, as well as international donors, are working to preserve the site and save it from further degradation.

Rainforests of the Atsinanana, Madagascar 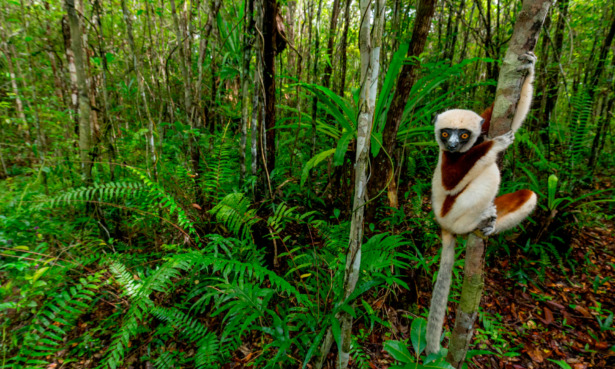 Made up of six national parks across eastern Madagascar, the Rainforests of the Atsinanana became a World Heritage Site in 2007.

These ancient, mountainous forests are a home to exceptional biodiversity and they are vital to the preservation of Madagascar’s unique, endangered plant and animal life, such as the island nation’s iconic lemurs.

Deforestation has decimated eastern Madagascar, with only 8.5% of its original forests remaining, making the Rainforests of the Atsinanana all the more precious.

In 2010, the site was added to Unesco Danger List of World Heritage Sites because of illegal logging of rosewood and ebony, and the poaching of endangered lemurs.