The pandemic has thrown a major curveball to the retail industry over the past 18 months, and household names such as John Lewis & Partners have had to innovate rapidly to survive. We take a look at what Britain’s favourite department store is planning over the next few years, and how shopping there might change.

John Lewis has regularly hit the headlines in recent months, with bad news on store closures and staff redundancies countered by intriguing stories on plans to shake up its business model.

So what’s really going on, and how might your experiences with this well-loved retailer change?

Here, we take a detailed look at how John Lewis is adapting in its fight to survive and thrive.

The John Lewis Partnership (JLP) has shuttered 16 of its stores since the start of the pandemic. This leaves just 34 John Lewis shops remaining, with thousands of store and head-office staff losing their jobs.

This is all part of John Lewis’ overarching plan to have fewer, bigger stores, which it claims will enable it to offer a better shopping experience. It’s also testing smaller, local neighbourhood stores as part of its £1bn investment plan over the next five years.

It has promised that its remaining branches will be ‘enticing and exciting places to shop; more reflective of the tastes and interests of local customers’. But what does this look like in practice?

What do the new-format John Lewis stores look like?

Following a £517m annual loss in March and what JLP chair Sharon White described as ‘a decade of changes in shopping habits in one year’, John Lewis has had no choice but to innovate.

Its Edinburgh branch has undergone a multimillion-pound refurbishment, with the revamped store now offering a range of services and experiences including:

Online currently accounts for about 60% of John Lewis’ sales, up from 40% pre-pandemic, and it looks like this will increase as shoppers continue shopping online more. The retailer has reportedly leased one million square feet of floor space in an online distribution centre owned by Tesco, in order to help it meet this growing demand.

One way it’s hoping to achieve this is by offering a more personalised online service: you can now make virtual appointments for advice on home design, personal styling and baby products before making a purchase. Around 18,500 virtual appointments have been held on JohnLewis.com so far.

It’s also focusing on adding around 100 more brands to its stores and website within the next year.

However, the retailer came under fire in June for how much it’s charging the third-party brands as part of the arrangement.

Brands currently pay John Lewis up to 50% of each sale in commission and fees, leading one brand – SeaSalt – to terminate its deal with John Lewis, according to a report from The Times.

John Lewis’ online-led changes have meant the price promise it’s had in place since 1925 is now ‘under review’.

The famous Never Knowingly Undersold scheme, which refunds shoppers the difference if they find a lower price elsewhere on the high street, doesn’t include online retailers – which makes it irrelevant to many of today’s web-savvy shoppers.

John Lewis told Which? that it is ‘developing a new commitment that still delivers fair value but is modern and suitable for today’s shopper’.

And while it can’t always compete on price, the overall experience John Lewis offers is enduringly popular: it’s been named a Which? Recommended Provider for every retail category we’ve surveyed people on this year, based on thousands of shoppers’ feedback and expert Which? analysis.

Find out how its competitors did in our full guide to the best and worst high street and online shops.

You might notice increasing numbers of John Lewis products for sale in Waitrose stores, and Waitrose-branded goods in branches of John Lewis.

This cross-promotion is partly down to the fact that, currently, only 30% of John Lewis customers currently shop with both brands.

The initiative kicked off with Waitrose Christmas hampers being stocked in several John Lewis branches last Christmas, and John Lewis Christmas trees placed at the front of 300 Waitrose stores.

Around 280 Waitrose supermarkets will start selling John Lewis homeware by the end of 2021, plus it has introduced John Lewis shopping areas in five Waitrose stores. 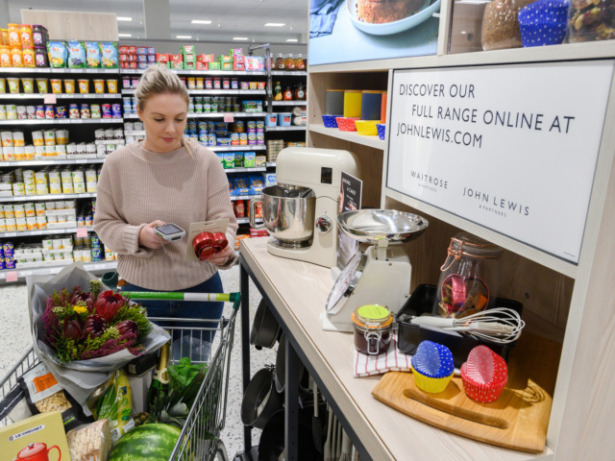 While John Lewis is clearly working hard to improve its in-store and online shopping experience, it’s dipping its toes into new revenue streams too.

John Lewis made headlines in August by announcing the launch of three new ethical financial products. It’s also reportedly exploring the potential to open garden centres on top of the credit card and insurance products it already offers.

The retailer is considering creating 10,000 homes for rent over the next decade, with 7,000 due to be built on sites in its existing property portfolio. We asked a spokesperson whether this would be in space currently occupied by stores or offices, but they declined to comment.

What we do know is that it plans to start with two sites in London, and tenants can opt to furnish the rental properties with John Lewis products.

But Prime Minister Boris Johnson may not be first in line, after the controversial refurbishment of his flat was reportedly inspired by a desire to get rid of the ‘John Lewis furniture nightmare’ left by his predecessor Theresa May.

John Lewis appeared to respond to Mr Johnson’s alleged comments the day after they came to light:

Time for an interiors refresh? 🛋✨We pride our Home Design Service on having something for *almost* everyone 👀 https://t.co/hbWsjU4sm1

If you’d rather try before you buy, John Lewis is now offering a range of 200 furniture products that you can rent for a year, including sofas, office chairs and dining tables.

It’s part of its aim to offer a ‘buy back or take back’ option on across all product categories by 2025. 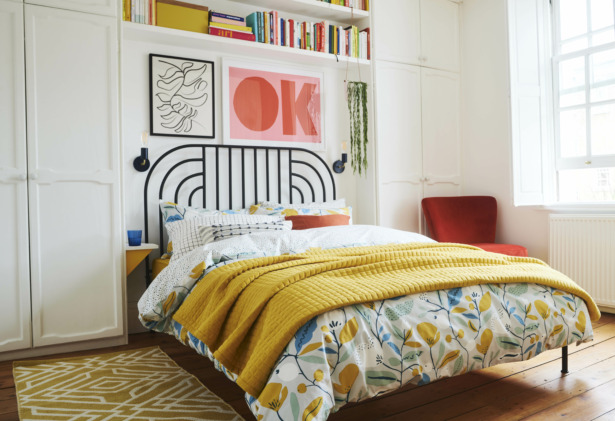 If you’d rather buy but are on a budget, a new ‘Anyday’ range of ‘great value’ baby clothing, baby care, technology and homeware items launched earlier this year. John Lewis claims prices are on average 20% lower than its other own-brand items.

Catherine Shuttleworth, CEO and founder of retailer and shopper marketing agency Savvy Marketing. told Which?: ‘John Lewis has historically catered to more affluent shoppers, so it makes sense that it’s trying to broaden its appeal to as much of the market as possible.’

These business moves beyond pure retail are all part of John Lewis’ aim for 40% of its profits to come from non-retail lines of business by 2030.

While there are many things John Lewis and its competitors can’t control during the pandemic, it’s clear that the retailer is prepared to make bold decisions in a bid to survive and thrive. Only time will tell if it succeeds.

(This story was updated on 27 July to correct the information about the ‘Never Knowingly Undersold’ price promise, which remains active at present, and on 25 August to add information about John Lewis’ ethical financial products being launched.)