With property prices having risen significantly in the past year, retired homeowners may be tempted to downsize to a smaller home, unlocking a big lump sum in the process.

Downsizing can sometimes make financial sense, but taking the leap is anything but a straightforward decision, with the emotional weight of leaving the family home and a shortage of quality smaller properties among the reasons people stay put for longer.

Here, we explain the key factors to consider if you’re thinking about downsizing now or in the future.

Homeowners split on whether to downsize

A survey of 2,000 homeowners by Hargreaves Lansdown has found that many people are unsure whether they should downsize to a smaller home in retirement.

22% of respondents to the survey said they intended to downsize, while 34% said they definitely wouldn’t. The remaining 44% were on the fence.

Nathan Long of Hargreaves Lansdown says: ‘Done right, downsizing is a great solution for a wealthier and less stressful retirement. But if you don’t plan carefully, you could end up backed into a corner, with less money, less space and less flexibility than you need.

‘Few people relish leaving an area where they are comfortable, leaving a home in which they have built up a lifetime of memories, or moving to a smaller house where there is no room for the grandchildren.’

There are a variety of reasons why homeowners choose to move to a smaller home in retirement – and for many the first consideration is financial. Downsizing can unlock a significant sum of money, perhaps to go towards funding your retirement or helping out family members.

Practicality is another huge factor. When Which? surveyed homeowners who’d recently downsized in 2020, half of respondents told us they did so because their home had become too big for them.

Finally, many people downsize as part of longer-term planning. Some readers told us they wanted to ‘move before they have to move’, based on the likelihood of needing a more accessible home or greater care in the future.

The downsides of downsizing

Some of the biggest barriers to downsizing are emotional rather than financial, with 38% of respondents to Hargreaves Lansdown’s survey saying they are too attached to their current home to leave it.

Finances also play a part: 30% said they’d have enough money in retirement without downsizing; but, at the other end of the scale, 11% said they didn’t think selling their home would release enough money to make downsizing worthwhile.

The process of moving home is expensive, and this can be a significant barrier for homeowners living in areas with lower house prices.

Nathan Long says: ‘Downsizers who are relying on it to fund retirement face serious risks. The amounts freed up when downsizing are surprisingly low, once moving costs, fees and taxes – plus any renovation and improvements on the new property – are taken into account.’

The problem with smaller homes

Quality smaller homes can be few and far between, and the best come at a premium price.

Our survey found that four in 10 people would like to move to a bungalow if they downsize, but this is much easier said than done.

Ultimately, this scarcity results in much higher costs. Data from Rightmove shows bungalows cost 16% more than equivalent-sized houses with two or more floors.

Buying a flat in a purpose-built retirement village can also be an option, but it can be costly once the purchase price and ongoing service charges are factored in. 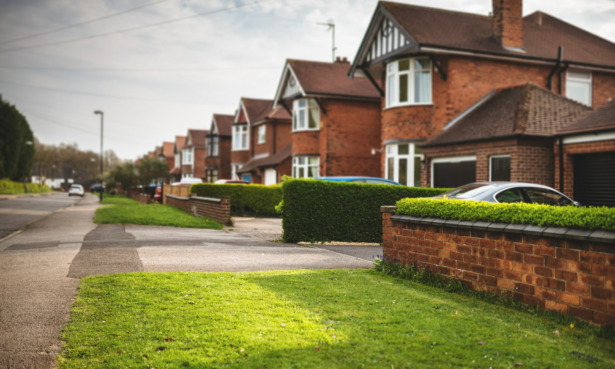 Are savings on household bills worthwhile?

Moving to a smaller home can cut the month-to-month cost of living, as a smaller property should theoretically be cheaper to run.

Council tax is likely to be the biggest saving you make when moving to a smaller home. By moving to a property two council tax bands lower than your current one (such as moving from a Band F to Band D), you could save up to £800 a year, or £400 if you go down one band.

Savings on utility bills are less clear cut, as they’re heavily dependent on the age and condition of the property and your own energy usage.

Downsizing to release cash: is it worth it?

Releasing cash is a big motivation for people downsizing, but whether it’s worthwhile will depend on the difference between the value of your current property and the overall cost of buying a smaller one.

Research by Pension Bee found that you could release an average of £145,000 when moving from a four-bedroom property to a three-bedroom one, or £251,000 by moving to a two-bedroom home.

As you might imagine, however, the yields vary significantly depending on where you live in the UK.

It’s also important to factor in the cost of stamp duty when considering moving house, which can run into tens of thousands of pounds.

To downsize or not to downsize?

If you’re thinking of downsizing, it’s vital to take your time and do plenty of research before making the leap.

Which? is here to help. As a starting point, check out our guide on the pros and cons of downsizing, which goes into greater detail about the key considerations and financial implications of making the move.

Our guide on downsizing options can help you get to grips with the types of properties that might be available, while our case studies can help you learn more about the real-life implications of making the move.