The mortgage deals war is hotting up, with homeowners now able to lock in an interest rate of less than 1% for five years.

Halifax has this week stolen a march on its rivals by launching new market-leading deals for borrowers looking to remortgage.

Here, we explain whether mortgage rates could be set to drop even further, and offer advice on choosing between a two-year and five-year fix.

The latter is the cheapest five-year fix recorded by Moneyfacts since it began collecting data in 2007.

These Halifax deals come with up-front fees of £1,499, and are only available through mortgage brokers.

People looking to buy a home (rather than remortgage) can also benefit from low rates. Those with a 40% deposit can get a rate of 0.93% on a two-year fix from Natwest, or 1.03% on a five-year fix from Nationwide.

Will the mortgage price war continue?

Mortgage rates have been falling over the past few months, sparked by TSB launching a two-year fix at just 0.99% in May.

At the time, the deal was the first of its kind since 2017, but a handful of other lenders have since followed suit.

As the competition intensifies, we could see rates fall even further – but not all table-topping deals will be as attractive as they first seem.

That’s because as rates drop, lenders are recouping money elsewhere in the form of bigger fees. We’re now seeing more chart-topping deals come with up-front fees of £1,499 or above, compared with the £999 that was commonly available last year.

If lenders continue to cut their rates, we may see these fees rise even further.

Is a cheaper rate worth a bigger fee?

A cheaper rate means lower monthly repayments, but whether that justifies a bigger fee is open to debate, and in part depends on your own circumstances.

Using data from Moneyfacts, we’ve analysed three deals currently available for people remortgaging at 60% loan-to-value. We’ve taken a deal with a £1,499 fee, one with a £999 fee and one with no up-front fee. The below figures are based on borrowing £200,000.

The best option for you will depend on your own finances. For some borrowers, paying more up-front in exchange for a lower payment every month will make sense, while for others the attraction of a fee-free mortgage will be worth the higher monthly repayments.

Attractive mortgage rates aren’t just for those with the biggest deposits or equity in their home – the cheapest rates are dropping at all LTV levels.

The table below shows the best rates currently available on two-year and five-year fixed-rate mortgages at 60%, 75%, 90% and 95% LTV.

Perhaps most notably, borrowers with a 25% deposit can now get two-year fixes with rates below 1%, something that was unheard of a few months ago.

Is it  a good idea to fix for five years?

The idea of locking in a very cheap rate for five years might be tempting, but it’s important to think carefully about how long you fix your mortgage for.

A five-year fix will give you security over your rate for longer, which could be very valuable if rates begin to rise again over the next few years.

The sacrifice you make in return, however, is flexibility. With a two-year fix,  you’ll be able to shop around for a new deal after just 18 months, which can be a great option for those who like to be on the ball with their household bills.

Early repayment charges (ERCs) are perhaps the biggest drawback of five-year fixes. ERCs are charged if you pay off the mortgage within the five-year period (for example if you move house).

They’re charged as a percentage of the outstanding loan, and usually operate on a sliding scale. For example, the ERC might be 5% in the first year, before falling to 4%, 3%, 2% and 1% in each year thereafter.

ERCs can cost you thousands, but can be avoided if you transfer your existing mortgage to your new property (this is called porting). Porting is a good idea in theory, but in reality your current mortgage may not be suitable for a different property and not all mortgages are portable.

With this in mind, it’s a good idea to think about your future plans before locking in a five-year fix. If you think you might move house within five years, it may be a safer option to take a two-year fix and retain flexibility. 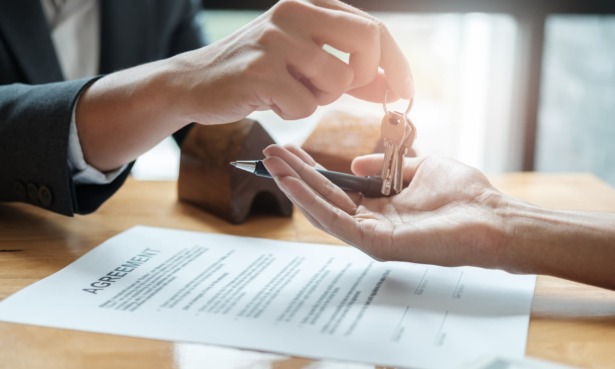 It’s important to get the best deal possible when taking out a mortgage, but you’ll also want to ensure you’re borrowing from a lender that offers great customer service if anything goes wrong.

Our mortgage lender reviews combine expert Which? analysis of the best deals available from each lender alongside real customer reviews.

There are currently three Which? Recommended Providers for mortgages. To find out which banks and building societies topped the charts, check out our mortgage lender reviews.