Some banks are failing to support devastated bank transfer fraud victims, leaving them exposed to future scam attempts, Which? research has found.

The minutes and months after a scam can be crucial. Not just for getting your money back, but to prevent you becoming a victim again.

Yet when Which? surveyed 432 victims of fraud or attempted fraud in May, a third (32%) told us they weren’t offered advice or resources on staying safe by their banks.

That’s despite the majority of current account providers being signed up to a voluntary code that requires them to provide support to victims of bank transfer scams.

Time is of the essence

The quicker you report fraudulent activity, the sooner you can stop more payments from leaving your account and start the process of trying to get your money back.

All high street banks have 24-hour phone lines for reporting fraud – you can find the numbers online, or on the back of your debit card.

Of the victims we surveyed, 15% said they waited long than 30 minutes to speak to someone.

One HSBC customer waited a total of seven hours on hold, racking up a £50 phone bill, while another had to call the bank multiple times about fraudulent transactions before it took action.

HSBC told us ‘we apologise if a customer isn’t happy with how their case was handled’.

It added that it had recently improved its scam reporting process, so it should only take minutes. It will also offer to call customers back when waiting times exceed 90-180 seconds.

Just 5% of our survey respondents were dissatisfied with their bank’s response when they tried to report fraud. But with the ONS estimating that there were 4.6 million fraud offences in the year to March 2021, a significant number of victims could be falling through the cracks – with significant consequences.

Why advice matters to fraud victims

If you fall victim to a scam, your first priority is likely to be getting your money back.

But you also need to stay vigilant. The same fraudster or their associates could recontact you, offering to get your money back – for a fee.

There were 2,096 incidents of recovery fraud reported to Action Fraud between April 2020 and March 2021.

Although it accounted for just one in 200 reports received by Action Fraud, reports were up 39% on the year before. The average recovery fraud victim lost £14,408.

Without clear advice from their banks, fraud victims are more vulnerable to being scammed again.

Most major banks have signed up to a voluntary code on bank transfer scams which not only instructs them to reimburse victims who are not at fault, but also to provide further education, referrals for advice and other tools to help them protect themselves. This might include signing up for protection registration on the National Fraud Database.

The code also says that banks should have a ‘greater level of protection for vulnerable customers’.

Vulnerability can change depending on circumstances, such as suffering a bereavement or job loss, and can be temporary or permanent.

Which? is calling for the voluntary code on bank transfer scams to be replaced with a mandatory reimbursement scheme, which will include stronger protections against bank transfer fraud, and tough enforcement against firms that break the rules.

How to protect yourself and get support

In addition to reporting fraud to your bank, you should report it to Action Fraud (or Police Scotland by calling 101). This can protect other would-be victims.

Change the password for any accounts that have been compromised by the fraud, or that use the same password. Setting up two-factor authentication can help.

Fraud can take a mental as well as financial toll. If you need support, consider reaching out to the following organisations:

For emotional support and practical guidance on how to stay safe in future, contact Victim Support. This independent charity can help regardless of when the fraud took place, and whether or not it has been reported to the police.

Mind and the Samaritans can help you deal with the impact of fraud on your mental health. Mind’s phone lines are open from 9am to 6pm, Monday to Friday; the Samaritans are available 24 hours a day, seven days a week.

Gives one-to-one phone-based guidance on a wide range of topics, from scams to savings to insurance. Available as part of a Which? Money subscription. 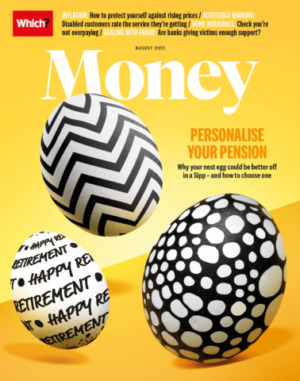