The cost of moving home has risen to a record high since the end of the stamp duty holiday.

New data obtained exclusively by Which? shows that households are now spending nearly £12,000 when moving home – up from £7,000 during the tax break.

Here, we analyse why the cost of moving is on the rise and explain what’s happened to the property market since the stamp duty break ended.

A new report by the price comparison site Reallymoving shows that the stamp duty cut wiped nearly £5,000 off the average cost of moving home in England.

Its findings, which are based on 320,000 quotes, show the average cost of moving during the main part of the stamp duty holiday fell to just £6,877. The tax break was tapered, however, and since the savings on offer were reduced on 1 July, this average cost has jumped to £11,777.

The recent increase in house prices has also played a part in pushing up the additional costs of moving home, such as house surveys and removals. The table below shows the estimated costs of moving to an averagely-priced home in England.

The cost of buying your first home

Buying your first home is considerably cheaper than moving up the property ladder. That’s because first-time buyers in England don’t need to pay stamp duty on the first £300,000 – a figure significantly higher than the £125,000 threshold for existing homeowners.

In addition, if you’re not selling a home, you won’t need to pay estate agent fees. This means that most first-time buyers will be able to avoid the two biggest costs of moving.

Reallymoving’s data found that the average cost of getting on to the property ladder is now just over £2,000, with legal fees making up the bulk of the cost:

How to save on the key costs of moving home

There’s not a great deal you can do about the size of your stamp duty bill, but there are ways you can cut the other costs of moving home.

Estate agent fees will be your biggest outlay. Reallymoving uses an average of 1.42% of the sale price – but it’s possible to get a cheaper rate.

Get quotes from several local agents, and don’t be afraid to haggle over the fee or overall deal – it’s very common and won’t be frowned upon. You can also use our partner comparison site GetAgent to compare estate agents’ performance and fees in your area.

Shopping around is also important when it comes to legal costs (conveyancing), house surveys and removals companies. Conveyancing fees vary significantly depending on the cost and location of the property, and fee structures also differ. Some firms charge a flat fee, while others charge a percentage of the property’s value.

You might find that the estate agent selling the property recommends specific firms to you, but be aware that they will usually be receiving a kickback for this, and you might be able to get the service cheaper elsewhere.

If you’re thinking of buying a home, you’ll probably have heard that house prices have been soaring of late.

The latest data from the Land Registry shows that prices have risen by 10% year-on-year, although experts believe growth is likely to slow down as we head into 2022.

The estate agencies Savills and Hamptons both predict rises of around 3.5% next year, with prices staying high due to a lack of homes coming on to the market.

Property markets vary considerably around the country, and it’s difficult to predict what might happen from one town to another. With this in mind, it’s important to always do your research before making an offer on a property and ensure you don’t end up overpaying. 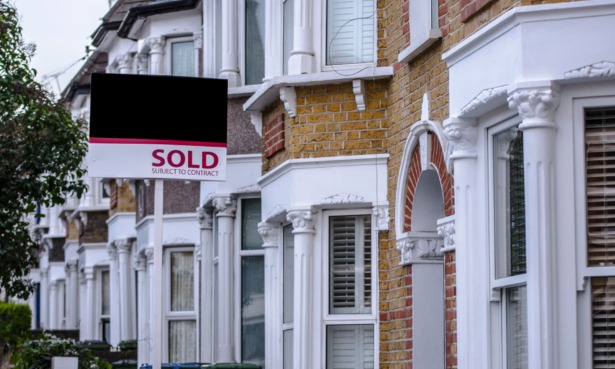 Is now a good time to buy a home?

In last week’s Which? Money Podcast, we discussed whether now is a good time to buy a property, taking into account house prices, mortgage rates and the possibility of a rise in the Bank of England’s base rate.

You can listen to the full episode below.