How to buy the best indoor aerial

An indoor TV aerial is a simple and affordable way to maximise your chances of getting great Freeview picture and sound quality on your TV.

Take a look at the best indoor aerials to find out which aerial to buy.

Video: how to buy the best indoor aerial

Watch our video to find out how an indoor aerial could solve your problems with poor reception.

How could an indoor aerial help you get better TV reception?

All new TVs come with a Freeview tuner, meaning you can watch a wider range of television channels (including high-definition ones if you have Freeview HD) without needing a subscription or additional equipment.

However, even after the completion of the digital TV switchover boosted Freeview coverage in the UK to 98.5%, some people still struggle to get good reception in their home.

The best TV signal will always be achieved with a rooftop aerial but that's not always an option. For example, you may live in a block of flats without aerial access, or maybe you're already using the aerial connection for another television in your home. This is where an indoor aerial can help.

What type of aerial should I buy?

Indoor aerials come in a variety of shapes and sizes, but the key thing to consider is how you'll need to angle or 'polarise' yours to match the local transmitter that's beaming Freeview to your home. If you don't do this, you could still see a fuzzy, distorted picture.

Some aerials are 'omnidirectional', meaning they don't need to be angled, but most will need to be polarised either horizontally or vertically. This is often just a simple process of shifting the aerial from one way to another.

The majority of transmitters in the UK are horizontally polarised, but the best thing to do is take a look at the rooftop aerials in your neighbourhood to see how they're aligned. That way you'll know what type of polarisation you'll need.

You can also get aerials that come with built-in amplifiers.

An aerial with an amplifier - or signal booster - can marginally increase the likelihood of picking up medium or low signal strengths. However, it's not a guarantee for success.

The internal amplifier of the TV will usually do a better job and we've found that boosters on poorly performing indoor aerials can actually cause picture interference. This is particularly the case if the aerial is placed too close to the television or set-top box.

What can I do if I still have poor reception?

Even Best Buy indoor aerials sometimes can't get good TV reception in your home. This can be down to a number of external factors, such as where your house is in relation to other buildings.

See our guide on how to set up an indoor aerial for tips on placement and troubleshooting.

If none of that works, Freesat is a non-subscription, digital satellite TV service from the BBC and ITV. You get a good range of standard definition (SD) and high definition (HD) channels, but you'll need to have a satellite dish installed on your house to receive the service (if you don't already have one).

For more information, check out our What is Freesat? guide.

How do I get my favourite channels?

Digital TV channels and radio stations are grouped into six bundles, called multiplexes, that are transmitted at different frequencies across the TV band. Poor reception in one part of the TV band could mean you miss out on some, if not all, channels carried on a multiplex

Best Buy indoor aerials perform well across the whole TV band, so you should receive the channels available on every multiplex. If you want to know whether you have full reception, tune in to BBC One, ITV, BBC One HD, Dave, Yesterday and QVC, as each of these channels is delivered on a different multiplex.

A good aerial should give you at least the first three channels, although the latter three can depend on where you live. The Digital UK website has a useful guide showing what reception you can expect in your area, or check the Freeview website for Freeview channels at your address.

Due to the way some 4G mobile services are delivered in the UK, there's a chance - albeit a very small one - that they could interfere with your Freeview TV picture.

This disruption is possible because the 800 MHz band now used for 4G sits right next to the spectrum used for Freeview. Homes in areas that use higher frequencies to deliver TV channel multiplexes, notably channels 59 or 60, are most susceptible to interference from 4G services.

Many indoor TV aerials that we test come with a 4G filter already fitted.

If you want to check whether you could be affected by 4G interference, Digital UK has a postcode coverage checker that shows if your area uses channels 59 or 60. Just select 'detailed view' to get more information. 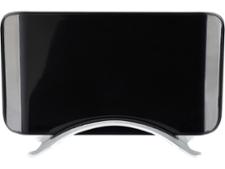 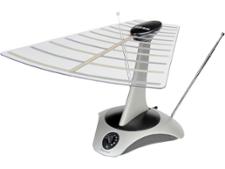 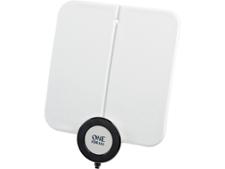