LED vs halogen, beam angles, lumens  – we explain everything you need to know before you buy a new spotlight.
HB
Haddi Browne
In this article

Spotlights can help provide focused or accent lighting to your home, but you'll need a fair few to light up a space, and if you're using halogen the costs can really add up.

There's a bit more to consider when buying spotlights, too, compared to conventional bulbs. From what beam angle you prefer, to whether you want to make the switch to LED, as well as getting the right colour and intensity of light for your spaces.

We explain what to look for and how to choose below.

Spotlight brightness is measured in 'useful lumens', which is slightly different to how brightness is calculated for a conventional bulb.

The number of useful lumens is defined as the light that falls within a 90-degree cone. We've found the amount of useful light output you get at home can deviate by as much as 25% from what is stated on the packaging, so it's worth checking our Best Buy light bulbs to find the best spotlights to make sure you get a spotlight that gives out as much light as it's meant to.

As a rough guide, 300-400 lumens per square metre is recommended as a good ambient lighting level in a kitchen or hallway, rising to 700-800 per square metre if you have a worktop area that you want to be lit more brightly.

Halogens tend to spill more light outside the 90-degree cone than LEDs, as they have a filament rather than a single point from which the light is produced, as with an LED. This is difficult to see with the eye, but is something to consider if you'd like to use spotlights to pick out a particular surface or if you want a more diffused light spread.

The beam angle that you see described on the box is defined as the angle at which 50% of the total useful lumen output falls from the spotlight.

Unlike conventional light bulbs, spotlights can shine a beam of light on a particular object or surface. They are a particularly popular choice in kitchens and hallways.

When we surveyed Which? members in May 2014, we found that halogens were still more popular than LED spotlights, with 43% owning halogen spotlights compared to 28% owning LED. However, this trend looks to be changing with more and more of you making the switch to LED in large part due to the greater efficiency and lifetime claims that they offer. Below we explain the pros and cons of each, but for more information, head to our guide to LED light bulbs.

Halogens are relatively cheap and the light is similar to an old-style incandescent in terms of colour and quality. But they only last for around two years and are a lot more expensive to run than an LED.

A typical spotlight fitting that is on for two hours a day and contains six 50w halogen spots will cost £36 a year to run, more than some fridge freezers that are on all day, everyday. Swap the halogens for 7.5w LEDs that produce the same amount of light and it will cost just £6 a year.

LEDs tend to be more expensive than halogens to buy – although the gap is getting ever smaller. However, they are a lot cheaper to run. They can also now provide the equivalent light colour and quality of a halogen and manufacturers claim they last up to 25 years.

It would take almost three years in the Which? test lab to test the 25-year claim so we're not yet able to confirm these. However, of the spotlights we've tested, only 4% of the LEDs failed before 2,000 hours (that's about two years of average use) compared with 27% of the halogens (which typically don't last much longer than this anyway).

We know from testing conventional LED bulbs that we see a smaller percentage of failures between 2,000 to 8,000 hours than 0 to 2,000. So, for now, it appears that LED technology does indeed have credible lifetime claims.

Our latest tests have revealed a dimmable Best Buy GU10 spotlight for only £3.50, so there's never been a better time to make the switch. To find out which is the best cheap LED spotlight, head to our round up of Best Buy light bulbs.

How much do you need to spend on a spotlight?

You can pick up halogen spotlights for less than £1, particularly if you buy a multipack. LED spotlights tend to be more expensive, although the prices are dropping all the time, and you can now buy brilliant LED spotlights for under £5 if you opt for a Best Buy light bulb. Again, if you buy in multipacks, you'll save money – plus it's better to stick to one type where you can prevent compatibility issues as light colour or output can vary between brands and types.

LED spots cost more than halogens to buy, so any failures can be extremely annoying and costly to replace. Our durability testing has found that most LEDs last the distance, as claimed. If you're having issues with early LED failures it could well be due to issues with incompatible dimmer switches or your electrical setup – so it’s worth investigating possible causes before giving up on LEDs, as there is a good chance that it is not the LED that is the problem.

The chances are that older dimmers won't work with LEDs and will even cause some LEDs that say they are dimmer-switch compatible to break. So it's worth checking with an electrician or contacting the bulb manufacturer to ensure you have the right dimmer switch for your spotlights. 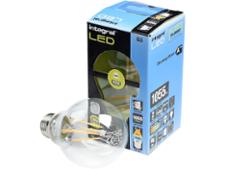 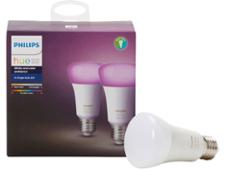 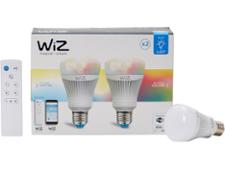 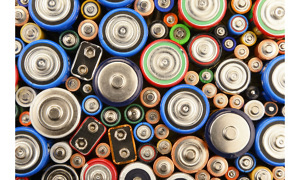 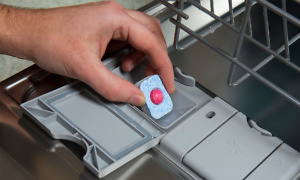 These Christmas tree lights – bought online at AliExpress, eBay and Wish – could catch fire or electrocute you

The batteries that aren’t just for Christmas