Sound bars vs home cinema systems: which is best?

Want top-quality sound from your TV? We’ll help you decide whether a sound bar, a home cinema or surround sound system is best for you.

Simply adding a compact sound bar can vastly improve your TV listening experience - and a surround sound system could do more still, giving an immersive feeling more akin to being at the cinema. Which you choose will depend on your budget, room size and requirements.

We did some head-to-head lab testing to see how sound bars compare with multi-speaker home cinema systems for sound quality. We also compared both with the built-in speakers of several TVs, and also some mini hi-fis, to see whether you need to buy a separate TV sound system at all.

We tested examples of each product against each other using our expert listening panel. They rated sound quality by listening to a range of different audio samples, including blockbuster films, TV dramas and music.

So what did we learn from the results?

So, if you’ve already got a decent hi-fi in your living room, we recommend you look into whether you could connect your TV to your hi-fi.

Check the manual if you still have it to see how, otherwise you will usually need to connect stereo audio cables (red and white leads) to the audio out jacks on your TV and the audio inputs on your stereo.

Bear in mind that to hear the benefit you'll need to ensure your hi-fi speakers are placed either side of the TV's screen and are, broadly speaking, pointing towards where you're sitting.

And what about multi-speaker systems? Our experts don't necessarily prefer the sound quality they produce to that of a sound bar or a mini hi-fi. However, there are certain things that only a multi-speaker system can give you, such as true surround sound.

Sound bars integrate several speakers into one long rectangular box. With fewer wires, these sound systems can simply sit in front of your TV or be fixed below a wall-mounted set.

Many sound bars also come with a separate subwoofer speaker – usually a sizeable rectangular box, housing large-diameter speakers that can produce low-frequency sounds (ie. bass tones) more effectively than the smaller speakers in the main sound bar unit. These subwoofers are sometimes wireless, although they still have to be plugged in to a wall socket to get power.

TV shows are generally recorded in stereo, so a more expensive multi-speaker home cinema set-up is often unnecessary. If you’re just watching Bargain Hunt at lunchtime or the Great British Bake Off in the evening, you’ll be fine opting for a sound bar.

Home cinema systems usually take the form of a Blu-ray or DVD player along with an amplifier, and multiple speakers. These typically give you '5.1' surround sound. The '5' refers to the five main speakers: two positioned behind you to the right and left, and three front speakers, which go left, right and centre of the TV. The '1' indicates the number of subwoofers. Although 5.1 is the most common setup, systems can be as compact as 2.1 and as expansive as 9.2.

You can also buy surround sound systems with an amplifier unit (or 'receiver'), though not a Blu-ray or DVD player, but it's the full package that is usually termed a 'home cinema system'. If you already own a player, it's likely to be cheaper to just buy a surround sound system. Do carefully check what's included, though, as some manufacturers and retailers use the terms interchangeably.

Most Blu-ray films are recorded in a multi-channel audio format, such as Dolby Digital. Certain films and shows screened on TV are also recorded in surround sound. Many can be found on Sky's movie channels and other high-definition (HD) channels - to find them, look out for the Dolby Digital logo or 'DD' in the programme guide or in the corner of the screen.

If you don't want speaker cable snaking round your living room, you could opt for a system with wireless rear speakers. This system uses a radio transmitter so that the rear speakers can receive sound from the amplifier. You'll still need to connect them to the mains for power, though.

Top five TVs for 2020
How to set up a sound bar with your TV
Samsung vs LG TVs: which is best? 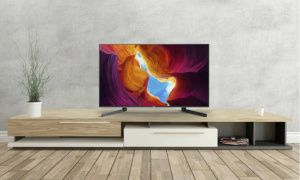 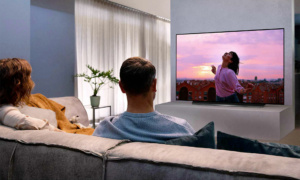 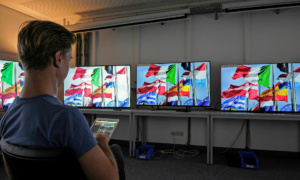 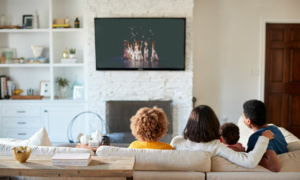 Top five TVs for 2020
How to set up a sound bar with your TV
Samsung vs LG TVs: which is best? 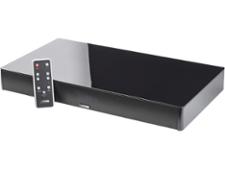 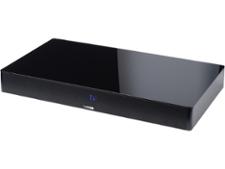 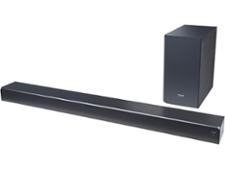