Want to know which steam generator brands are worth spending your money on?  Our expert guide reveals which brands are most popular and reliable.
W
WhichEditorial team
In this article

If you’re thinking of investing in a steam generator iron, you’ll want to be sure you’re buying from a tried and trusted brand that’ll last.

We’ve pulled together our expert lab results and surveyed hundreds of Which? members to find out whether Philips, Tefal, Bosch or Morphy Richards make the best steam generators.

Read on to see which brands are the most reliable, which are most loved by their owners and which do the best in our tough lab tests.

Just want to know which iron you should buy? We reveal our best steam generator irons.

We've compiled an at-a-glance expert overview of how the various steam generator iron brands compare, including average test scores and our exclusive Which? reliability ratings.

Reliability ratings and Customer Scores are based on feedback from more than 500 Which? members who own a steam generator iron, surveyed in April 2019.

None of the steam generator brands we looked did particularly well for reliability, with all with all brands getting a score of 85-87% and no clear front runner.

But, as you can see from the chart below, there’s a lot more variance when it comes to customer satisfaction and how well they perform on our tests.

82% of customers would recommend the most popular brand to a friend, compared to 71% for the least popular. Although there's not a huge difference in reliability, it’s interesting to note that the most-loved brand was also the brand that developed the highest number of faults.

This might sound odd but it’s likely that people value performance over reliability. We know steam generator owners tend to iron regularly and this brand does really well on our tests – consistently producing steamy, easy-to-use generators that don’t clog up quickly with limescale.

Steam generators can be expensive, but our survey has revealed you don’t have to spend loads to get a trusted, well-liked brand. While the premium brands tend to be most well-liked, the brand that stood out overall, picking up top marks for reliability, customer satisfaction and average test scores, was actually one of the cheaper brands.

Steam irons generally last a lot longer than steam generators, and are significantly less likely to have problems in general.

We know that people who own a steam generator are likely to use them more regularly, so the increased number of faults could be due to the higher rate use. But it’s worth bearing in mind that steam generators are more expensive and are one of the least reliable small appliances we looked at overall, with only kettles and capsule coffee machines faring worse.

If you iron regularly they’re probably still worth the investment, though. Steam generators have proven to give superior ironing performance and be incredibly easy to use on the whole. Not only do they tend to do better on our tests but customers agree, giving them a higher customer satisfaction score overall.

Head to our full list of steam generator reviews to find the models that will make ironing quick and easy.

For those of you who only iron occasionally, a cheap steam iron that will last a while might be a better solution. Check out which steam iron brands are the most reliable or head straight to our steam iron reviews to see the top-performing, easy-to-use irons.

In our survey, we asked Which? members about any problems they'd had with their steam generators.

Of those that reported a fault, these were the most common issues:

Make sure you buy a steam generator that’s been put through our tough soleplate and limescale resistance tests by reading our guide to the best steam generators to buy.

How to choose a Philips steam generator iron

Philips' entry-level range of steam generators, such as their FastCare models, cost around £100-£150.

They’re not as powerful as their other steam generators, with between 5-5.5 bars of pressure and tend to have smaller water tank capacities of around 1-1.3-litres. But they're still more powerful than a regular iron and will need refilling far less often.

Beyond their basic entry-level models, you’re looking at the PerfectCare range. These usually cost between £150 and £300, but PerfectCare Elite models can cost more than £500.

Most of the models in the PerfectCare range come with 'one temperature' technology, which uses a combination of low temperature and powerful steam to iron on all fabrics, meaning there’s no temperature settings to worry about (Philips call this 'OptimalTEMP' technology).

Standard PerfectCare models offer a larger capacity and greater steam power than the entry-level models. They come with a wider range of features such as carry locks, that fix the iron to the base for safe and easy transportation, and their ‘SteamGlide Plus’ 6-layer titanium soleplate.

Top-of-the-range models, such as the PerfectCare Elite and Elite Plus steam generators, have large, detachable water tanks of up to 2.5-litres. They come with their most advanced ‘T-ionicGlide’ soleplate and tons of extra features such as 'Intelligent Steam' and 'silencing filters' to minimise steam noise.

How to choose a Tefal steam generator iron

Tefal's entry-level steam generators such as their Fasteo, Liberty and Express models use unpressurised steam, so aren't as powerful as most steam generators. They only come with basic features and use traditional temperatures settings.

However they can cost as little as £60 and will produce far more steam than a standard steam iron.

From £140 you can opt for a model from Tefal’s Effectis range. These are compact, with water tanks of just 1.4-litre capacity, but deliver 6.5 bars of high-pressure steam – perfect if you’re looking for higher steam power but are short on space.

They also come with ‘Smart Technology’, which uses a few preset levels to set the optimal temperature and steam levels for each type of fabric.

How to choose a Bosch steam generator

All of Bosch's new models come with one temperature technology (they call ‘i-Temp technology’).

They've produced a couple of models for as little as £60. These aren’t very powerful, with up to 4.5 bars of pressure, and tend to have fewer features, smaller water tanks and only basic limescale-prevention features.

More expensive models such as those from their ProHygienic and VarioComfort range cost between £180 and £320 and have 6-7 bars of pressure. These come with their advanced 'CeraniumGlisséePro' soleplate and Calc'n’Clean Perfect anti-scale system, as well as other handy extras such as carry locks.

How to choose a Morphy Richards steam generator

Morphy Richards produces a wide range of affordable steam generators. Their budget models cost from £70-£100, with the rest of their range costing between £100-£250.

Most of their newer models come with one temperature technology (Morphy Richards call IntelliTemp), regardless of price.

Morphy Richards call their cheaper models the ‘ideal first steam generator’. They’re very small, with water tanks of 1-1.3-litres. And at 4.5 bars of pressure they’re not very powerful compared to most steam generators. But they still have a much larger capacity and are more powerful than an iron.

Their mid-range costs between £100 and £200. You can expect large water tanks, but at 5 bars of pressure they're not as powerful as many steam generators of the same price.

Their most expensive models cost £250 and have up to 7 bars of pressure, and come with large 2-litre water tanks and handy extras such as cord storage compartments.

Still undecided about what to go for? take a look at our best steam generators for more advice on what to consider before you buy. 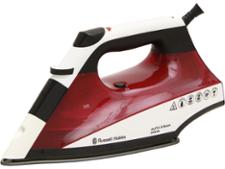 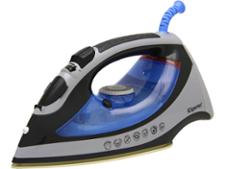 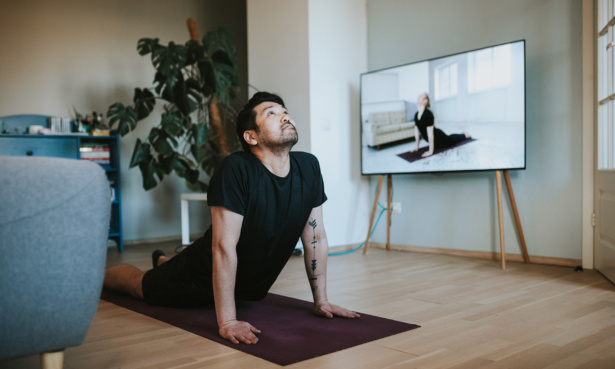