Find out how Philips steam irons do in our tough lab tests and if Philips is a reliable steam iron brand.

Thinking of buying a new Philips Azur or PerfectCare steam iron? First make sure you know how Philips steam irons compare with other brands, such as Tefal and Bosch.

We’ve analysed our test lab results and surveyed hundreds of Philips steam iron owners to find out whether it's the best brand to go for.

Only logged-in Which? members can see our full verdict on Philips steam irons in the table below. If you're not yet a member, join Which? to get instant access to our table and all of our online reviews - including steam irons and steam generators.

How to choose the best Philips steam iron

Philips' range of irons is extensive and contains models to suit all budgets. Most models come with limescale cleaning functions and an anti-drip system as standard – though check this before you buy as we've seen a few models without these useful features.

Philips has a limited range of budget models, including some you can buy for under £30 that rival similar models from Tefal and Bosch.

However, we’ve found that steam power isn’t a good indicator of ironing performance, and a cheap Philips steam iron impressed us with how it handled our tough tests.

See all of our expert Philips steam iron reviews - use our filters to find out which cheap iron performed the best.

Philips produces many irons in the £30 to £60 price bracket. At this price point you’ll generally find:

Philips Azur models cost around £50 to £95. The Philips Azur range is generally more powerful and produces more steam than other Philips models.

At the top of Philips' range is its PerfectCare collection. Steam irons are priced from £85-£120, while PerfectCare steam generators cost between £150-£450.

Top Philips steam iron picks - and one to avoid

Our expert testing helps us sort the top-notch Best Buy steam irons from the models that you should steer away from.

Below, you'll find some of the highest-scoring Philips steam irons we've tested, along with one that we think you should avoid.

The handy ‘one temperature’ technology means you won’t have to play around with any temperature settings while ironing. However, it won’t be plain sailing for long as steam vents get clogged up quickly and the self-clean program doesn’t do much to clear them again. The chunky handle can also be uncomfortable to hold for long periods. 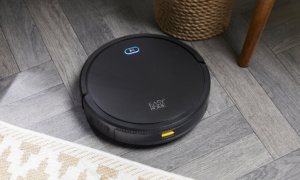 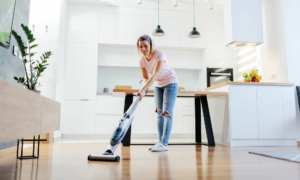 Steam cleaners you should avoid revealed by latest Which? lab tests
05 AUG 2020

Which steam iron brands to buy in 2020

Steam cleaners you should avoid revealed by latest Which? lab tests
05 AUG 2020