Should you buy an Amazon TV streaming device?

Amazon sells a huge range of TV streamers, but we'd be surprised if you've heard of half of them. We look at whether any of these obscure brands are worth owning.
Martin Pratt
In this article

Search for TV streamer on amazon.co.uk and you'll see a range of Fire TV Sticks. But scroll a bit further and familiar brands, including Roku and Apple, give way to the likes of MaxDigi, Mecool and Taotronics.

Listings on its website are awash with devices from these obscure brands, but the features they come with certainly aren't unknown. The majority promise access to the UK's most popular catch-up and streaming apps, many have 4K support and some even have voice control.

So when you're looking for a streamer, should these unusual brands be on your radar or should you stick to the household names?

Head straight to our Best Buy TV streamer page if you just want to see our favourites.

To get an impression of what sort of quality you can expect from streamer brands you likely haven't heard of, we decided to test a few and found some odd quirks.

The first challenge we had was giving this streamer a name. Its full Amazon listing calls it the '2019 Newest Android 7.1.2 TV Box, EASYTONE T95 Android Boxes Quad-core 1GB DDR3/8GB eMMC support 4k(60Hz) Full HD /H.265/3D Google TV Box'. You can see why we decided to abbreviate.

The name isn't the only odd choice Easytone has made. It's technically capable of outputting 4K content, but the HDMI lead provided isn't good enough to transmit the signal. It's something you could easily miss and who knows how many people think they are watching 4K content on this little box when they are actually watching a lower resolution.

We also found that some key catch-up apps were missing.

Head to our full review of the Easytone T95 S1 to see what else we discovered and whether there are enough redeeming features to recommend it.

The Leelbox doesn't have a price to tempt bargain-hungry streaming fans. It costs £60, which is more than a 4K Amazon Fire Stick and a 4K Now TV Box. Based on the name of the device it does just about everything, but our testing uncovered inconsistencies.

The picture on different apps varied wildly. One app could look good, while another would be blurred. It's an odd issue we've never come across before.

A vast range of obscure streamers

In October 2019 we did a simple search for TV streamers on Amazon to see just how many of these alternative brands there were.

After scrolling through just five pages we'd found 34 streamers from obscure brands compared to just 10 that we'd heard of.

It's a dizzying array of options and most follow the same trends as the two we tested. Similar prices and features to established streamers and absurdly long names that list specs most wouldn't understand, and arguably don't need to.

When choosing a product there's more to consider than just quality, particularly when it's one that relies on the internet. With so many alternative streamers available it's likely that some look and sound good, and are relatively easy to use.

Many of the lesser-known brands are from China, and it may be difficult to contact them or return a product if there's an issue. It's impossible to say how reliable they will be with updates either. Streaming apps are updated regularly and if this affects compatibility with the Android operating system powering these devices, the apps could stop working.

What about Amazon's own Fire TV Sticks?

Amazon has two small stick-style streamers and the Cube, a more advanced model that includes the voice assistant functionality of an Amazon Echo.

It's a bit of a mouthful, but the device itself is tiny at just 8.6cm long. It's packed with popular apps, including Netflix, Amazon Prime Video and YouTube, and on some you can use Alexa voice control to find the shows you want.

The key difference between this one and the other streamer below is the maximum resolution it can display. It only goes up to Full HD, so can't display 4K.

Find out if it's the streamer for you in our Amazon Fire TV Stick review.

No surprises for guessing how this streamer differs from the one above: it can display 4K. It's also a bit bigger at 9.9cm long, but the same apps are supported and Alexa is still built in.

With most TVs now being 4K, is it time you bought a 4K streamer and is this the model to go for? Here's our Amazon Fire 4K TV Stick review.

The newest entry in the Fire TV family effectively integrates an Amazon Echo with a TV streamer. On a Fire TV Stick your Alexa commands are pretty much restricted to playback control and searching for content, but Alexa in the Cube can read you the weather, news bulletins and play music.

It's a fair bit more expensive than the other streamers - understandably so given that it's essentially two devices in one. We'll review it soon to see whether it's the best of both worlds. 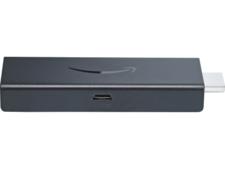 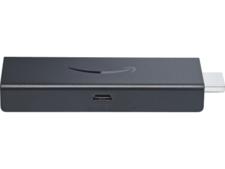 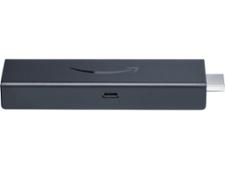 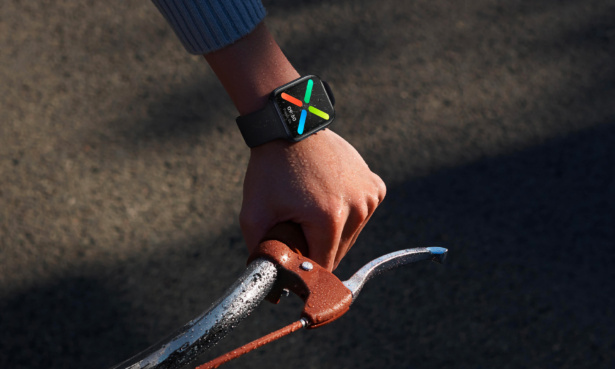