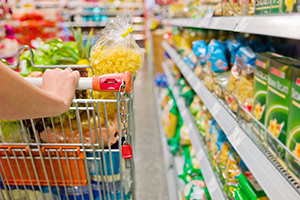 Which? can reveal the UK’s best and worst supermarkets, according to a survey of over 7,000 shoppers.

Customers of 10 of the UK’s major supermarkets, plus five online supermarket services, helped rate those supermarkets on everything from customer service to what their stores are like, as well as producing an overall customer score.

For the first time ever in our supermarket survey, we surveyed members of the general public – which gave us a rather surprising result.

Which? members can find out which supermarket came out on top in our supermarkets review.

If you’re not already a member, a trial with Which? costs just £1 and gives you instant access to our survey results, plus all of our independent reviews.

Price and quality are key

There were plenty of differences between scores, as the top supermarket received a 76% rating while the lowest-rated supermarket scored just 50%.

Which? supermarket expert Matt Clear said: ‘The single most important factor for shoppers when deciding which supermarket to buy from is that it offers good value, which means getting the balance right between price and quality. Sure enough, the supermarkets that you rated highest were those who either excelled in the quality of their fresh food while maintaining reasonable prices, or offered rock-bottom prices while keeping the standard of their food at a good level.’

Shoppers’ biggest bugbear with supermarket pricing is labelling which makes customers think that a product is on special offer when it actually isn’t.

Which? is meeting all the major supermarkets and liaising with the government to push for changes to misleading special offers. Our campaign calls for an end to dodgy discounts and misleading multibuys that do not offer consumers genuine savings.

Support the campaign by signing our petition to end dodgy supermarket offers.

About the Which? supermarket survey

We surveyed 7,060 members of the public in November and December 2013.

The respondents were only asked about supermarkets they have shopped in.

Previous Which? supermarket surveys have been sent only to Which? members, but this time around we have been able to get views from a wider range of UK consumers. Opening the survey to members of the general public has also given us enough responses to include Iceland for the first time.

Each supermarket’s overall customer score is a combination of customer satisfaction and the likelihood they would recommend it to a friend.