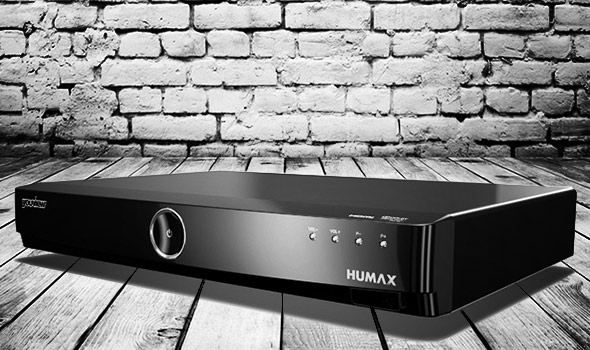 Freesat and Freeview PVRs are a great way to watch and record free-to-air TV shows. We reveal five of the best models under £150 that won’t let you down.

Not only do Freesat and Freeview PVRs give you access to a host of extra channels, such as ITV2, Film4, Dave and Sky News, they also allow you to record your favourite shows to them – all without needing a Sky, BT, TalkTalk or Virgin Media TV package. Perfect devices for TV and film enthusiasts then; but some deliver poor picture quality and can even fail to record consistently.

In order to separate the blockbusters from the flops we put all the latest PVRs through technical lab testing. Some, such as those from Humax and Panasonic, carry hefty £200-250 price tags – here we reveal five of the best PVRs you can pick up for less than £150.

PVR reviews – find out which PVRs aced our tests

This ultra-slim Freeview HD PVR might not have all the bells and whistles of some of the more expensive models, but it’s easy to use and gives you access to standard and high definition channels.

The 500GB hard drive will record around 300 hours of standard definition TV, or 125 hours of HD programmes. You can also connect this box up to your home internet to get some smart TV content, such as access to BBC iPlayer.

Echostar HDT-610R – read our full review of this model

This Goodmans Freeview HD PVR has a high-definition tuner and access to BBC iPlayer – though there’s no built-in wi-fi so you’ll need to connect an ethernet cable to your router or homeplugs. It’s reasonable at most tasks, but it could be easier to use and it’s a shame iPlayer is the only internet TV service on offer.

You can record around 200 hours of standard definition footage or 80 hours for HD on the 500GB hard drive. Its younger sibling, Goodmans GV102ZRH32, is a similar price but has less storage (320GB).

This Freesat HD PVR might only have a 320GB hard drive – meaning you’re limited to around 200 hours of standard definition or 80 hours of HD recordings – but it can be connected to the internet to access BBC iPlayer and ITV Player catch-up services.

HD picture quality is good and the fanless design minimises noise. A newer 500GB version has been launched for a similar price.

This own-brand Freesat HD PVR from Currys/PC World isn’t just a basic PVR, as it can access BBC iPlayer and ITV Player when connected to your router or homeplugs using an ethernet cable.

The 500GB hard drive is big enough to store up to a claimed 256 hours of SD footage or 129 hours in HD. It’s a decent entry-level PVR with a good HD picture, though better models are available.

Humax has a reputation for producing high-quality PVRs, so it was no surprise when it was picked to make the first, long-awaited YouView box in 2012. The Humax DTR-T1000 combines 500GB storage and twin Freeview HD tuner with an innovative programme guide that can access BBC iPlayer and other main catch-up internet TV services, plus Sky’s Now TV.

It has recently been replaced by newer models, but Argos is selling this Humax at a lower price of £150 – available only for collection at stores with stock remaining. It’s worth considering if you don’t mind hunting around; alternatively, Humax is selling ‘Grade A’ stock for £129 at the HumaxDirect website.

For an even a cheaper option, your TV might offer a recording function via its USB port if you connect an external hard drive – likewise you can add one to the Humax HB-1000S Freetime box (£90) to record Freesat channels via its single tuner.