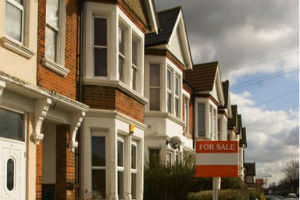 The Post Office has launched a two-year fixed mortgage deal with a record low rate of 1.05%.

The deal is available to first time buyers, home movers or those looking to remortgage, provided they have a 40% or higher deposit.

With the base rate potentially set to rise later in the year, deals like this could be among the last in a trend of plummeting interest rates.

Yet, as you’ll see below, a headline rate even as low as 1.05% may not necessarily spell a low overall cost.

Which? Money Compare table – Mortgages – our tables are updated daily

The Post Office deal’s arrangement fee of £1,995 is one of the highest charged among comparable two-year fixed deals in the Which? Money Compare tables, and would weigh substantially against the savings you would make in monthly payments.

Over the same benefit period, the deal would also be £1,477 more expensive than another two-year fixed Post Office deal, which has an initial interest rate of 1.65%, but charges no arrangement fee nor a charge for standard valuations. (APR 4.0%). Click here to find out more about this deal.

If you borrow a larger amount of money, the savings on interest would be more pronounced, making the new Post Office deal slightly more competitive. Nevertheless, for someone borrowing £180,000 on a £300,000 house, it’s still beaten on price by 146 other deals over the initial two years once fees have been accounted for.

What to look for when comparing mortgages

David Blake at Which? Mortgage Advisers urged consumers not to select a product based exclusively on its headline rate of interest, but to always consider the overall cost, as well as how the initial rate can change after the deal period expires.

He said: ‘Often, low rates come with high fees which can make a product more expensive when calculating the total cost of the mortgage.’