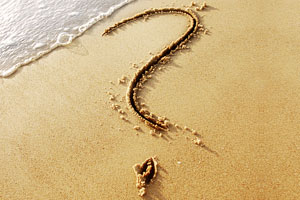 Undercover researchers from Which? Travel successfully posted a series of fake listings and reviews in a test of the popular site TripAdvisor.

Having heard claims that companies listed on the site were paying for fake reviews, bribing guests for good feedback and even writing negative reviews of competitors, Which? Travel decided to put TripAdvisor to the test.

Researchers submitted three hoax listings to the site, and wrote 54 fake reviews about them. Every one of our listings was published along with 18 of our 54 reviews.

Do you trust TripAdvisor reviews?

In a survey of nearly 900 Which? subscribers, 85% said they trusted reviews on TripAdvisor. But because the site doesn’t verify the identity of its reviewers, and its reviews aren’t validated or routinely checked by a real person, it’s possible to post fake ones.

Fake reviews and ratings can have serious consequences for a business. Our investigation showed that a single favourable or poor review can cause a listing to climb or plummet dozens of spots in the TripAdvisor rankings.

Research by Cornell University in New York found that even a small climb up TripAdvisor’s rankings increased a hotel’s per-room revenue.

Our investigation also showed it’s possible to create fake listings, which could lead to ‘accommodation fraud’, in which non-existent establishments solicit payments from unwitting travellers.

While we’ve seen no evidence that this kind of fraud is linked to listings on TripAdvisor, overall it accounts for 30% of holiday fraud, according to the National Fraud Intelligence Bureau.

Get the full investigation – and see the fake reviews we posted – in Which? Travel’s November 2015 issue and online.

Two of our listings were merely flagged for suspicious activity. TripAdvisor claims its sophisticated fraud-detection tools identified and removed 90% of the fake reviews we submitted – some after they were initially published.

It says that a recent study – commissioned by TripAdvisor – found 93% of users felt the reviews they read accurately reflected their experiences.