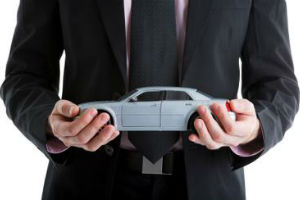 Being born overseas can add as much as £227 to your car insurance premium, according to Which? research.

We obtained quotes from 15 insurers for two 32-year-old Ford Focus drivers living in south London. Their details were identical except for the length of time they’d been resident in the UK. One had lived in the UK since birth; the other had moved here aged 10.

In most cases, this had no effect on the premium, but for five insurers it led to an increase. These included Admiral Group insurers Admiral, Bell, Diamond and Elephant.

We believe these companies may be in breach of the Equality Act 2010, which prohibits insurers from discriminating against customers based on their national origin.

How much more did insurers charge?

The table below features the five insurers who charged more to motorists born overseas during our research. ‘Driver 1’ was permanently resident in the UK since birth. ‘Driver 2’ became a permanent UK resident in 1994 (aged 10). All other details were identical.

When we put our findings to Admiral, it denied having a practice of charging different premiums for customers born overseas, but said its statistical evidence showed policyholders who haven’t always lived in the UK are more likely to claim.

It told us it doesn’t accept that charging different premiums based on length of residency breaches the Equality Act.

Many insurers will modify your premium if you’ve been resident in the UK for a short period – usually around five years. But in our scenarios, both drivers had learned to drive in the UK and had been driving for 14 years – suggesting that having a national origin other than the UK had indirectly disadvantaged the second driver.

The experience of ex-Hastings customer Elaine Kivlehan, 50, seems to bear this out. She gained her licence in the UK 25 years ago. But her premium increased by £96 after Hastings saw her licence, which showed she was born in Ireland. She has since complained to the Financial Ombudsman Service.

Hastings Direct told us that it doesn’t use race or nationality as part of its pricing: ‘We do, however, take into account the length of time [the customer has been] permanently UK resident. The pricing models take into account many elements and risk factors, and a large part of this is historical claims experience.’

We’ll be sharing our findings with the Equality and Human Rights Commission.

Coronavirus: what it means for your travel insurance