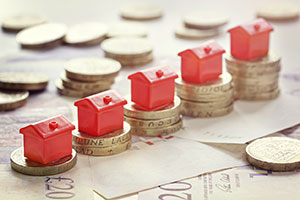 During his speech, the Chancellor claimed letting agent fees had ‘spiralled’, despite attempts to regulate them.

He also outlined two new housing funds, as the government aims to ‘more than double annual capital spending on housing.’

Letting agent fees will be banned in England

Which? highlighted these charges in our ‘Sneaky fees that should be banned’ investigation in July this year, and the government has now taken action to tackle them.

When renting a home, tenants often foot the bill for drawing up the tenancy agreement, referencing and credit checks, but these costs will now be passed on to landlords.

Letting agent fees vary widely, with our research showing they can add up to as much as £500 in London and £300 outside of the capital.

Funding to increase the supply of new homes

Announcing two funds to stimulate house building, Mr Hammond said: ‘The challenge of delivering the homes we need in areas where they are unaffordable is not a new one, but the effect of unaffordable housing on our productivity makes it an urgent one’.

Firstly, a £2.3bn infrastructure fund will aid the building of up to 100,000 new-build homes in areas of high demand.

A second fund worth £1.4bn will be used to deliver 40,000 new homes for affordable rent, shared ownership and Rent to Buy, and restrictions on government grants will be relaxed to help associations build different types of homes more easily.

These announcements follow hot on the heels of communities secretary Sajid Javid announcing a £5bn fund to speed up house building earlier this month.

Right to Buy pilot will be extended

Mr Hammond announced the launch of a large-scale regional pilot of Right to Buy for housing association tenants, expanding on the initial pilot run by five associations earlier this year.