Nespresso Vertuo coffee machines are designed to allow you to make a larger range of coffees, with pods tailored to different brews. There are three pod sizes to choose from, making four drink options – from a standard 40ml espresso shot up to a larger mug of coffee.

The Vertuo pods are dome-shaped and have a barcode around the rim. Nespresso says this barcode allows the machine to create the optimum brewing conditions for each capsule based on the particular blend of coffee. However, the new Vertuo system could cause real headaches for those who like to use third-party Nespresso-compatible pods to get their coffee fix.

Jump straight to our full Nespresso VertuoPlus coffee machine review to see how the new system compares to the original Nespresso pod system, or read on for more info about the new machines and Vertuo pods, and a video of the VertuoPlus in action. 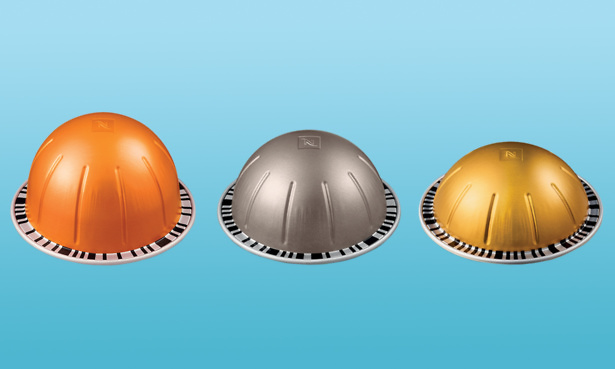 The biggest difference to other Nespresso models is the Vertuo capsule system. On previous machines you could usually adjust the cup size to get a longer coffee, but the new capsule sizes should mean a more finely tuned coffee, rather than a one-size-fits-all approach.

The ‘centrifusion’ brewing process uses centrifugal forces (high speed spinning) to extract flavour. Brewing parameters are adjusted for each capsule, using the barcode data to regulate the flow and volume of water, as well as temperature, infusion time and capsule rotation speed. Nespresso says that this process also helps to produce a lovely rich crema.

The Vertuo system is pitched at those who prefer longer coffees, rather than cappuccino and latté fans. They are designed to work well with cold milk, and the machines don’t include milk frothers. The capsule range includes 20 coffees.

There are two models to choose from: the Vertuo and the VertuoPlus (with versions by Magimix and Krups). Both cost £199, and the main difference is the water tank. The Vertuo has a static water tank, whereas the VertuoPlus has the handy movable water tank previously seen on the Nespresso U, and the capsule lever closes automatically.

What does this mean for Nespresso fans? 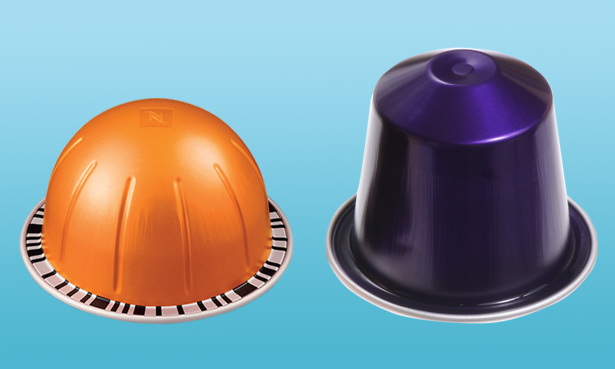 Nespresso says that the Vertuo pod system will make better, more tailored coffee, and cater to those who prefer a longer drink. However, it does mean you are once more locked into buying Nespresso pods rather than third-party capsules. As Nespresso pods are only available to buy from its website or Nespresso stores, this also means less competitive prices and no quick trips to the supermarket to top up your coffee stocks.

For now, this only applies to the Vertuo system, but if Nespresso adopts the barcode capsule system more widely, it’s possible that some people may feel cheated when their favourite third-party blend no longer works with Nespresso. It could make a dent in your finances, too. Nespresso pods cost between 30p and 40p per capsule, but some third-party pods cost as little as 18p. If you drink one coffee a day, switching to a compatible capsule could save you around £44 a year.

Find out which cheaper pods we recommend in our guide to the best Nespresso-compatible capsules. 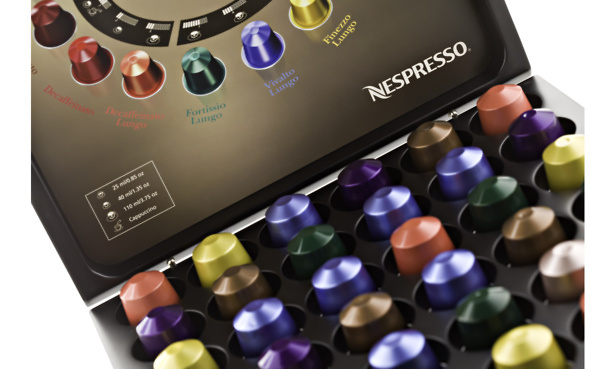 The problem with capsule coffee systems

This change in pod design may in part be a response to the huge growth of Nespresso-compatible coffee capsules available from third parties in recent years. Capsule machine manufacturers benefit from the steady income of ongoing pod sales in much the same way that razor and printer manufacturers do from blades and ink cartridges.

Nespresso’s new barcode feature isn’t unique: two of its biggest competitors – Tassimo and Nescafé Dolce Gusto – already use a barcode system with their capsules. Nespresso is the only brand which has to compete with third-party options, though, and has recently stepped up efforts to steer consumers away from third-party capsules, including launching a monthly Nespresso subscription service.

If the Vertuo system does become standard, it would be a real shame for consumers. Which? principal researcher Andrew Laughlin says: ‘Nespresso isn’t alone in wanting to control both the products we buy, but also the consumables we use with them.

‘We’ve seen the same thing happening in the printers market for years. The big brands have gone to great lengths to ensure consumers buy only original ink and toner. Last year, HP was caught actively blocking third-party ink from being used on some of its printers.

‘It’s understandable that manufacturers want to prioritise their own products. But, whether it’s printer ink or your morning brew, you shouldn’t be left with no choice but to pay a premium.’

Our verdict on the Nespresso Vertuo

We’ve put the Vertuo machines through our full lab tests, to see how they compare on taste and ease of use to other Nespresso machines, and rivals from Dolce Gusto, Tassimo, Illy and more. You can see a preview of the VertuoPlus in action below, and get our verdict in the full Nespresso VertuoPlus review.

If you prefer a frothy coffee, check out our first look of the Nespresso Creatista Plus – the premium Nespresso model with multiple milk-froth settings.