Tech support scammers are a growing menace to UK consumers. A pop-up warning of a made-up virus, or a phone call from someone pretending to be Microsoft, are all it takes to persuade a potential victim to part with their money or allow risky access to their PC.

Having read the findings of our research into the murky world of tech support scammers – and having spoken to some of the victims left in their wake – I was keen to see the scam in action for myself. The support callers need to persuade potential victims that there is all sorts wrong with their computer, and that an immediate – and costly – fix is essential.

A number of the sources who’d contacted us, saying they’d worked in the world of tech support scams, said that they’d been employed by a company called Live Technician. So, armed with a test PC that I knew had nothing wrong with it, I contacted Live Technician, using the phone number listed on its own website.

Posing as a victim

A man answered the phone claiming to be from ‘Apple customer care’. I claimed that I was calling having seen a pop-up on my computer, warning of a virus infection.

I was instructed to open a web browser then type in a web address, spelled out over the phone to me. I was taken to a page called Fast Support, which had a button to ‘Establish a Support Connection’.

After entering my name and a support key code, given to me over the phone, a piece of remote login software was quickly installed on my computer. The agent on the phone now had direct control over my PC.

‘Oh my lord, this is how you can tell your computer is infected…’

I was then transferred to ‘Sean’, who introduced himself as a ‘senior technician’. Sean explained he was going to remotely diagnose the computer for me. He then brought up some summary pages that showed the system status and a long list of the drivers on my computer.

‘The problem is,’ Sean explained, ‘a lot of these drivers, most of them, they have stopped working.’ Sean said that most of my software could stop running as a result – or, indeed, my ‘whole computer’. Sean then showed me similar issues with my system services.

Yet, I knew that none of this was evidence of any genuine problems on my computer. A PC’s system information window can bring up line after line of processes or items that have a state listed as ‘Stopped’ – but this doesn’t mean that anything has failed.

Sean said that he felt the performance of my computer was a little slow. He then opened up the Windows Event Viewer (pictured below) – ‘Oh my god,’ he exclaimed, showing me lines of error and warning flags. He said he’d noticed over 700 errors – ‘enough to crash your computer down at any time’.

He then told me that he would conduct a scan of my computer, which he said would show ‘exactly what needs to be done on my computer’.

But, rather than opening up any security software, he launched a command prompt. A few simple clicks from Sean’s end, and this rushed through line after line of system data.

‘Oh my lord,’ Sean said, as lines of meaningless text zipped across my screen, ‘this is how you can tell your computer is infected.’ Apparently, my computer was ‘at saturation level’ and ‘could not handle any more’.

$449 for four years of support

All of this, of course, I knew to be nonsense. The lines of code and various error messages that Sean had shown me didn’t point towards a virus. The error messages didn’t show a computer too ‘saturated’ to carry on.

But Sean was keen to sell me an expensive support plan to make these problems go away. On my screen, he opened up a Notepad document on my PC, then typed in a long list of the support software I’d need installed.

This included ‘live antivirus’, ‘anti-hacking’, ‘anti-spyware’ and even something called ‘3D secure certificates’. The cost? $249 for two years of support, rising to $449 for four years.

Sean warned me not to speak my financial details out loud over the phone. Instead, he asked me to type them in, line-by-line, into the Notepad document (pictured below) while he watched remotely and copied them. 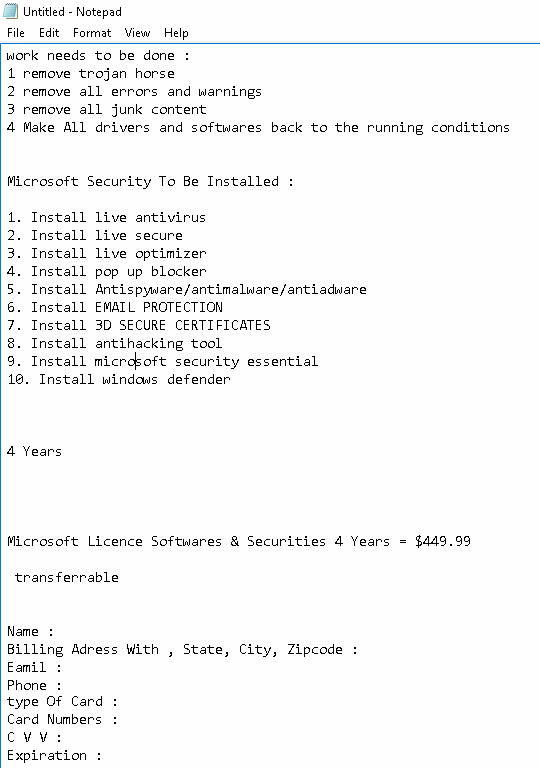 I can scarcely imagine a less secure way to share financial details over the web. With bank account details typed out while someone watched and copied them down, there’s no secure way to track the funds removed from an account. Sean could have taken $449, or any other amount he chose.

Instead of filling in the document, I ended the call and turned off my wi-fi. 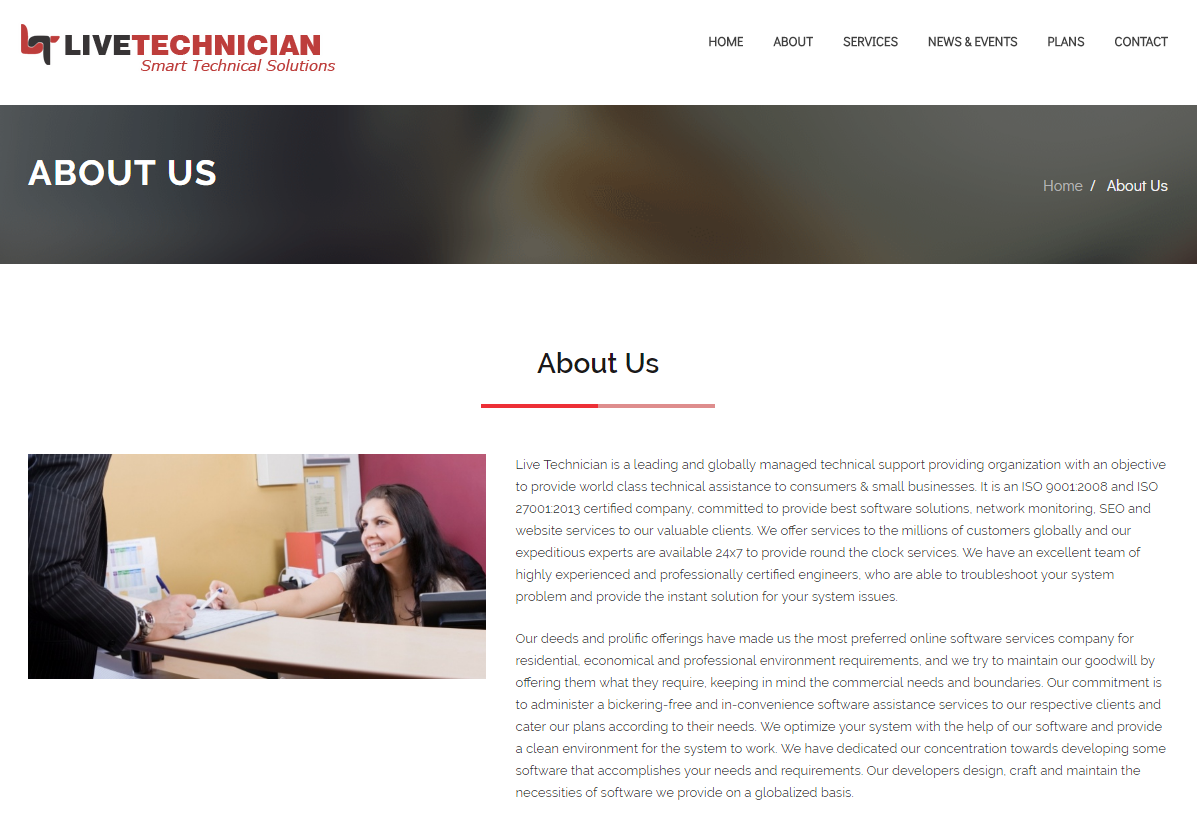 ‘They get punished if we find anyone doing this’

We asked Samay Vashisth, CEO of Live Technician, to explain the conduct of his business, in light of the allegations made by its former staff, and following our own calls to its agents.

No reports of physical threats had been made to us by any former Live Technician staff, but Vashisth confirmed that many staff salaries had gone unpaid.

Vashisth denied his company made fraud support calls. ‘We do genuine business where people search for problems and call us and we sell our packages to them,’ Vashisth told us. ‘Then, we provide genuine service year after year.’

Vashisth said the tech support side of his business had been largely closed down, and it no longer dealt with UK customers. We explained we had recently called, posing as a UK customer, and had been pushed pricey four-year support. His biography on the company website sits below effusive descriptions of how it provides ‘world-class technical assistance to consumers’.

‘We have a quality control team and we don’t sell anything forcefully,’ he told us. ‘A few agents may do this to get higher incentives, but they get punished if we find anyone doing this.’