Did you know that you are twice as likely to die in a crash if you don’t wear a seat belt? That’s just one of the reasons the use of a seat belt in the UK became mandatory by law 35 years ago today.

Even though buckling up might now be second nature for most drivers, it was only made compulsory by law to wear one on 31 January 1983. This was after 11 failed attempts to pass the legislation and years of campaigning by Which?.

Soon after, the number of front-seat passengers observed to be wearing a seat belt rose dramatically, from 40% to 90%. There were immediate results, too.

A 29% reduction in fatal injuries of front-seat passengers and a 30% drop in serious injuries were reported that year. Keep reading to find out how seat belts have evolved, and when you don’t need to wear one.

Which? started pushing for the seat belt law implementation in 1962 – making it one of our longest-running campaigns. Nearly 60 years on, we still champion the safety of all cars we test. Find out which cars excelled in our assessments by heading to our round-up of the top cars for 2018. 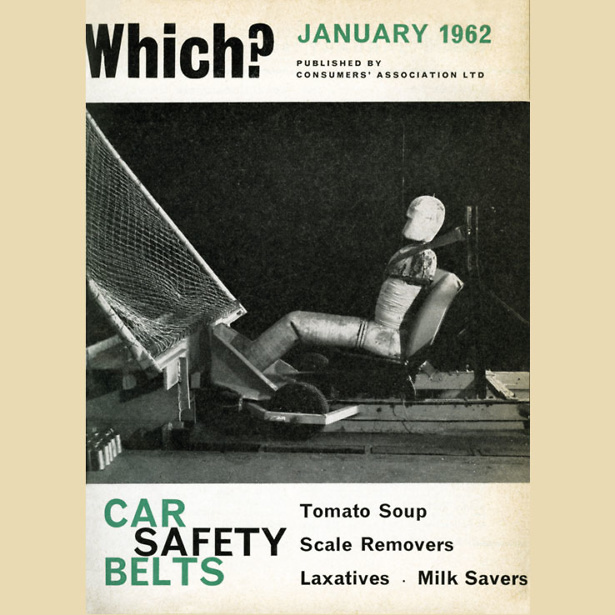 Have fatalities decreased since seat belts became compulsory by law?

Volvo created the three-point belt back in 1959 and technology has evolved dramatically since, from reminder systems as standard to Ford’s inflatable seat belts.

The percentage of people wearing a seat belt has also stayed consistently high. But does this mean that the number of fatalities has continued to decrease too? 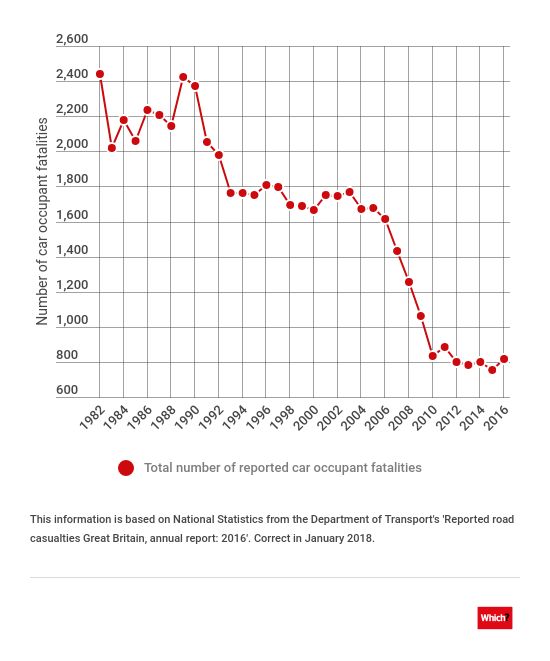 In 1982, the year before the seat belt law was enforced, 2,443 people were killed on Britain’s roads. By 2016, that figure had dropped to 816. This is a huge achievement, especially as the number of cars on the road has increased substantially in that time.

But there is still work to be done. Further research showed that 20% of those 816 occupants were not wearing a seat belt – that’s nearly 200 people.

The history of the seat belt

How do seat belts keep you safe?

A seat belt’s core job is to keep the car occupant inside the vehicle during the crash and prevent or minimise injuries. It will aim to limit the movement and spread the stopping force over a larger area of the body, including the ribs and pelvis.

As abrupt stopping can also cause harm, the belt allows for a small amount of movement, lengthening the time for the body to be bought to a stop. Retractor mechanisms and pretensioners will tighten and wind up any loose seat belt material when a car comes to a sharp stop.

Most modern cars feature safety technologies such as seat belt safety reminders, which alert you if you’ve forgotten to click your seat belt in. 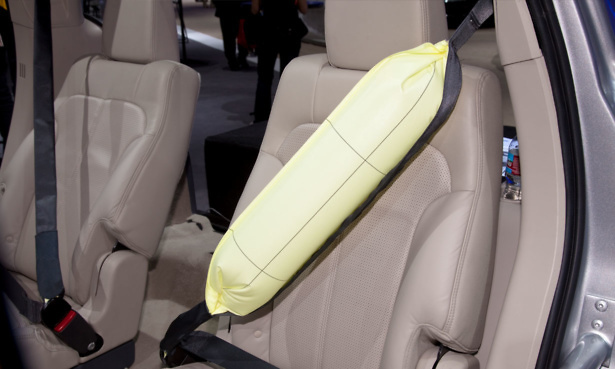 Ford has also invented a seat belt with an airbag. The first-of-its-kind device allows the impact of a crash to spread further across the body to try to minimise injuries.

Don’t let a car salesperson bamboozle you about car safety technology. Find out what you need to know about the latest car safety features.

‘Snap into that seat belt habit’

Take a look at one of the first-ever seat belt adverts in the UK:

What is the law on seat belts?

By law, adults must wear a seat belt. Only one person is allowed in each seat that is fitted with a seat belt, and fines of up to £500 can be issued if you don’t comply with the law.

Children must use a child car seat until they’re 12 years old or 135cm/4ft 5in tall, whichever comes first. After then they must wear a seat belt or a £500 will be issued. However, safety experts recommend that you use a child car seat for all children under 150cm/4ft 11in. 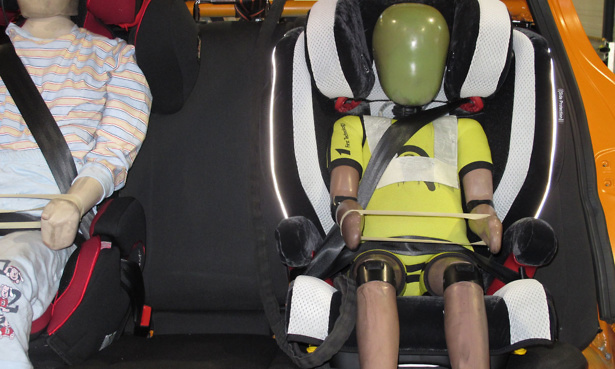 There are a limited number of exceptions to the child car seat law, relating to licensed taxi and minicabs and if there’s no room for a third child seat in the back.

Think you know your child car seat laws? Take our quick quiz to put yourself to the test with out child car seats around the world quiz.

When are you exempt from wearing a seat belt?

You don’t need to wear a seat belt if you’re: