We’ve been busy roaming the floors of the 2018 CES tech conference to bring you all the latest wearables, and we’ve found some interesting new products, including a modular smartwatch, a hybrid device and a new fitness watch from Suunto.

The new year has got off to a good start for new and innovative wearables brands at CES 2018, and they’ve far outshone the slim pickings from established brands such as Fossil and Samsung.

Here we round up what we’ve seen so far, and give our initial impressions of these new products. Read on or watch our video below to find out which new brands are worth taking notice of, as well as what the regular players are up to.

New kids on the block

Self-titled as the world’s first modular smartwatch, Blocks is one of the more unusual wearable products to be unveiled at CES 2018. Having raised $1.6 million via Kickstarter, the Blocks modular smartwatch is now available to buy starting at $259. 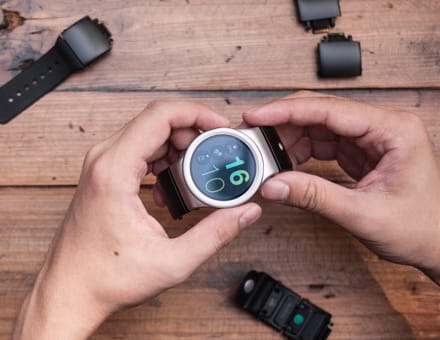 This is no regular smartwatch though. Users will start with the Blocks Core module, which is available in black or stainless steel casing. This is just the watch part of the device, which can then be customised using clip-on modules. The Core smartwatch module runs on Android Oreo 8.0 operating systems, and is compatible with Android smartphones and Apple iPhones. It has a 1.4-inch AMOLED display, and 512MB of internal storage for apps and music. There’s also smart and fitness functions, plus Amazon Alexa voice control.

The modules are then clipped on to the Core, to personalise the watch with the features you want. These are currently organised into three ‘Phases’, each of which have a different combination of features. Only Phase 1 is available at the moment, which will add heart-rate monitoring, built-in GPS and extra battery charging, but future modules include the Phase 2 for adding air-quality analysis, a fingerprint sensor for extra security, gesture control and body temperature and stress monitoring.

We’ll be getting hands on with the Blocks UK modular smartwatch on the show floor – look out for our initial impressions. 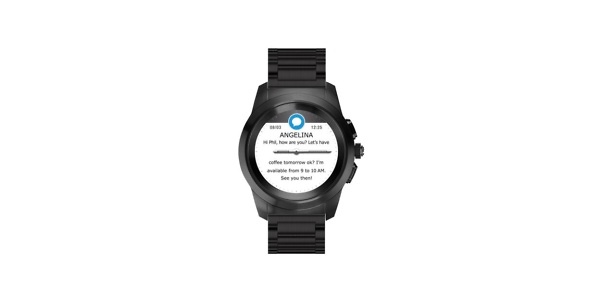 MyKronoz is a Swiss company that has been picking up a lot of attention through its crowdfunding campaigns on Kickstarter and Indiegogo. Ahead of CES it announced the release of the ZeTime Petite hybrid smartwatch, which is priced at $199 and available to buy from the MyKronoz website. It’s available in two different sizes, 39mm and 44m, and has a 1.05-inch colour touchscreen.

We haven’t tested any MyKronoz products yet, so we can’t comment on the accuracy of the devices. We’ll get hands on with the MyKronoz ZeTime Petite as soon as we can. In the meantime, find out if a hybrid smartwatch is for you by heading over to our What is a hybrid smartwatch? guide.

The little-known Finnish brand Suunto has found a following among serious athletes. But the high price of its watches – including the Suunto Spartan Trainer HR – has seen them limited to this community. Now it has announced a product to appeal to the masses – the Suunto 3 Fitness activity tracker. It has a built-in heart-rate monitor alongside all the usual features we would expect, including step and calories-burned tracking.

It will also create seven-day training plans, using your fitness level and overall exercise history as a base. These training plans can be automatically adapted too – great if you feel a little sluggish one day and full of beans the next. The main compromise between this and advanced trackers from Suunto is the lack of built-in GPS, so if you like to leave your phone at home while out for a run this wouldn’t be the device for you.

We got hands on with the Suunto 3 Fitness on the show floor, which will cost €199, and were surprised by just how lightweight this watch-style tracker is. We asked about battery life too, but this product is so new that this hasn’t been established yet. We’ll put it to the test when it launches in the spring, so look out for our full Suunto 3 Fitness review later this year.

What about the big wearables brands? 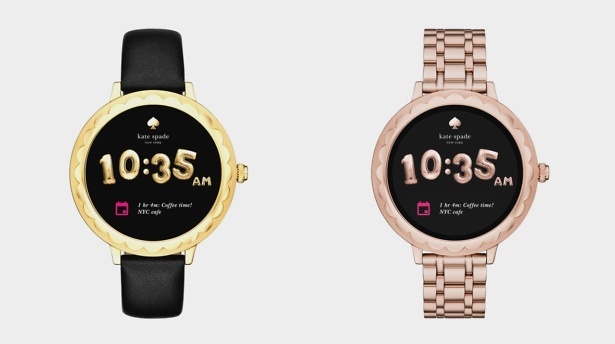 Fossil announced an ambitious plan in 2017 to release 300 wearables in a year across its range of brands. We haven’t counted them, but given this steep target it’s pretty unsurprising that it brought new wearables to CES 2018.

The Kate Spade New York Scallop is the latest device from a Fossil-owned brand, and is available for pre-order priced from $295. It’s the first touchscreen smartwatch from the fashion brand, and runs on the Android Wear operating system. It features a scallop-edged bezel, which is synonymous with Kate Spade fitness trackers, and a round 1.19-inch AMOLED display with a 390×390 resolution.

For the fashion conscious, the Choose Your Look app will customise the watch face to the colour of your accessories and the clothes you’re wearing, plus whether it’s day or night,. An interesting feature, but not the most useful.

Another launch from Fossil is the Misfit Path hybrid smartwatch, which is an update to the Misfit Phase that launched in 2017.

Find out how products from other Fossil brands did by checking out our Misfit activity tracker reviews and Skagen Hagen Connected hybrid smartwatch first look. 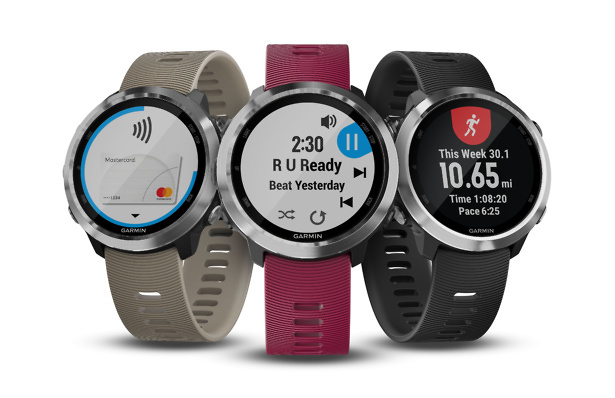 One of the more interesting developments from a big brand comes in the form of the Garmin Forerunner 645 Music. The clue is in the name with this one, as it features integrated music – a first for the company. Garmin claims there’s enough storage for 500 songs, or you can download playlists from streaming services. This is currently limited to iHeartRadio, but hopefully there will be additional services added. You can pair the watch to Bluetooth headphones and it has built-in GPS, meaning you can listen to your favourite tunes and track your route while out on a run without the need for your smartphone.

It will be available in the first quarter of 2018, and costs £399. We’ll get our hands on it soon, so look out for our initial impressions. You can find out how previous Forerunner devices have fared in our tough testing by heading over to our Garmin fitness watch reviews.

There were no new wearables from Nokia at CES this year, but there was a new design option for the Steel HR. It’s now available to buy in rose gold from April this year, in case that’s the wearable you’ve been waiting for. We took a look at an interesting new product from Nokia on the show floor though – the Nokia Sleep. Read all about it in our connected health tech round-up.

We didn’t expect any new wearables from Samsung at CES this year, given the Gear Sport launched at the tail end of 2017. It did announce an upcoming update to the Gear range of devices though, which will add SmartThings functionality to your wrist. This will allow users of the SmartThings hub to control other smart devices, such as thermostats, lights and security sensors, from their wearable device.

There’s no timeline for this update currently, but we’ll be sure to let you know when it arrives. In the meantime, find out more about Samsung’s smart platform by heading over to our full review of the SmartThings Hub.