Mobile phone users across the country are paying for data they’ll never use, according to a uSwitch study on phone bills.

See below for more on the study and take a look at our top tips on how to avoid bill shock.

Best mobile phone networks – our verdict on the biggest providers.

Are you paying for data that you don’t use?

A fear of exceeding data limits has seen phone users buying contracts that offer more data than they need. According to uSwitch, mobile customers in the UK are collectively paying for a whopping 143 million gigabytes of unused data each month.

But it’s not just older smartphone users that aren’t fully clued up. uSwitch says that the average 18- to 34-year-old pays for 7.5GB of data every month but uses less than half of that (3.6GB).

Which? members on mobile data

The uSwitch findings reflect our own. We surveyed over 1,000 Which? members on mobile data to see what they knew about their phone contracts.

32% of the people we spoke to didn’t know how to keep track of their mobile data at all, and 71% of respondents admitted they didn’t know the cost of using data outside of their monthly allowance.

To prevent this from happening, Which? readers are going to some lengths to avoid ‘bill shock’. 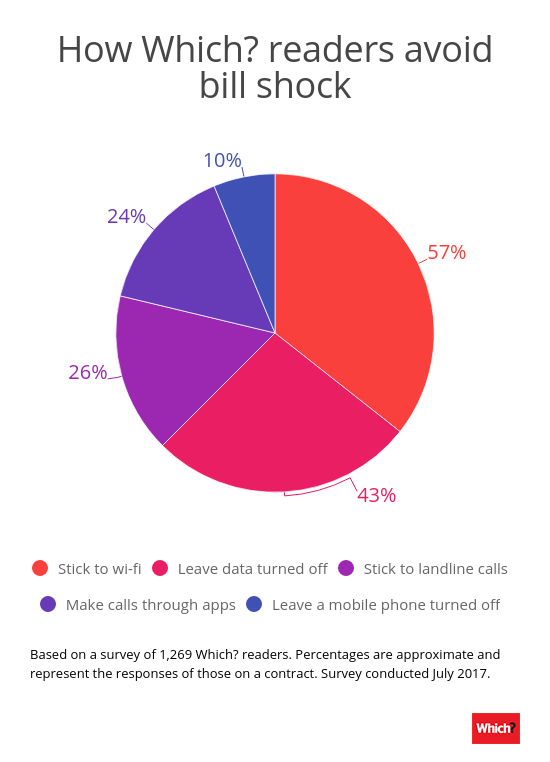 Using wi-fi for calls and internet browsing is the most popular solution to avoiding bill shock, with 57% of the votes. But while this can be a good habit to get into, it’s not a great way to make the most of your mobile phone.

41% of Which? members took the more extreme route of turning mobile data off completely, while 26% prefer to stick to landline calls and 10% admitted to turning their phone off completely.

One of the biggest benefits of mobile phones is their versatility, something that’s being curtailed by a fear of overpaying. But if you’re tracking your data usage on a regular basis from your smartphone, you needn’t be concerned.

How to keep track of your data and minutes

The uSwitch survey suggests that erring on the side of caution – that is, opting for more data than you might need – is seen as a safer proposition. But when we asked Which? readers why they hadn’t increased their contracted package, a substantial 63% said they didn’t want to increase the size of their bill.

And it should be possible to avoid paying more if you regularly monitor mobile data usage. Armed with this information, you can find a mobile contract that suits you perfectly and saves you money.

Our guide on how to keep track of your data and minutes tells you everything you need to know. 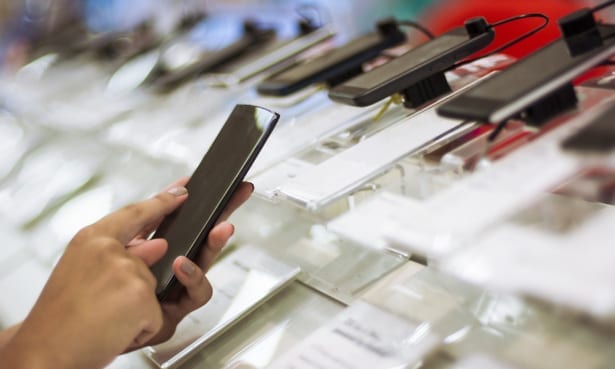 Are you better off with a different provider?

If you’re already adept at keeping track of your usage but still find it a struggle to manage your bills, you might be better off haggling or even switching provider.

Our recent research into customer loyalty found that two thirds of hagglers received a discount on their bill, amounting to £6 per month, on average.

It’s especially important to haggle if your initial contract period is up: since you’ve paid off your handset at this stage, a monthly bill for usage should be considerably less. Our guide on how to haggle for the best mobile phone deal can help.

If haggling doesn’t work, it might be time to switch. There’s often little benefit to loyalty when it comes to providers, so it’s important to shop around to make sure you’re getting a deal that’s good value and well suited to your needs.

Our mobile provider reviews can reveal important factors such as value for money, but also customer service, how easy they are to contact and additional incentives.