The rail industry has had plenty of bad press in recent weeks, after timetable chaos led to mass frustration across the UK.

It may come as no surprise, then, that new Which? analysis has found passenger satisfaction has stagnated over the past 10 years.

We analysed official Transport Focus data, which revealed that satisfaction with punctuality and reliability of train services has dropped from 79% to 73% over the past decade.

These findings, alongside plummeting trust and soaring fares, paint a bleak picture. We dig into more of the detail of our broad analysis of Transport Focus data, below.

Sick of all the train chaos? Help us improve the rail system and support our call for a better rail service.

How have passengers rated train services over the past 10 years?

As you can see from the graph below, there’s been little change in passenger satisfaction for several key aspects of rail over the last decade. 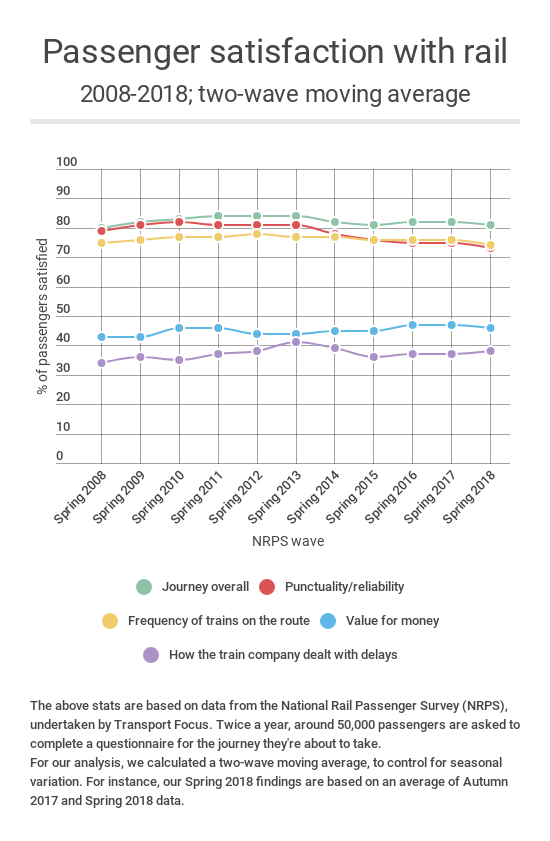 Less than half of passengers have been satisfied with value for money and handling of complaints across the past 10 years, according to our analysis.

Satisfaction with value for money is stuck at an average of 46% in the year to spring 2018, having increased by just three percentage points across the decade for all passengers. The situation is even worse for commuters, with a marginal rise from 30% to 31%.

Trust in the train industry is approaching its lowest point of the past six years, according to Which?’s consumer insight tracker.

In July 2018, only 23% of people told us that they trust train travel. This represents a six percentage-point drop compared with July 2017.

In fact, this makes train travel one of the least-trusted consumer industries, beaten to last place only by car dealers.

At the same time, rail fares have increased by 40% since 2008, which is more than one-and-a-half times higher than CPI inflation (26%) over the same period. 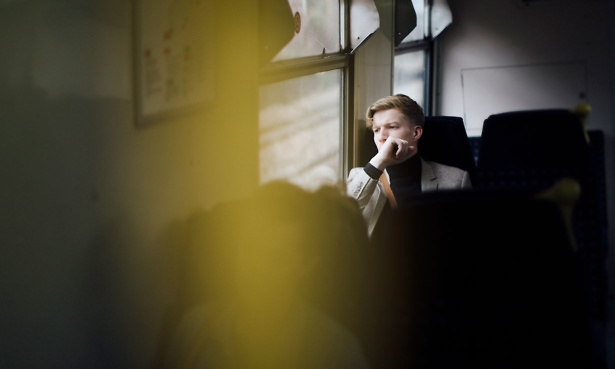 What does Which? think about all of this?

Reflecting on our recent findings, Peter Vicary-Smith, Which? chief executive, says: ‘With persistent poor service, delays, cancellations and the hassle of getting compensation for journeys, it’s unsurprising that trust in the rail industry has been consistently low and only getting worse.

‘Passengers expect increased satisfaction to come with the hike in their ticket prices, not a decade of disappointment and unprecedented disruption like many faced this year.

‘If the rail system is to start working for passengers, the government must step in to ensure they are automatically compensated for delays and cancellations, and the new Rail Ombudsman must be up and running as soon as possible so passenger complaints don’t continue to go unheard.’

Which are the best and worst train companies for commuters?

Grand Central was the best-rated British train company in our survey of 2,865 commuters in October and November last year. And it may come as no surprise that Southern Railway found itself at the bottom of the rankings. 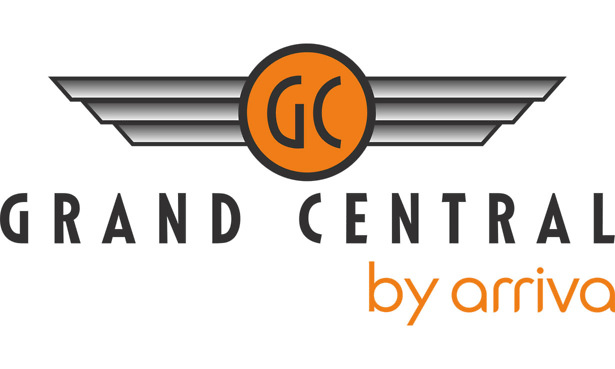 When we survey train passengers, we ask them to reflect on their overall experience rather than a single journey, unlike the NRPS. But, like the NRPS, we question passengers on all the important aspects of their journeys, from punctuality and value for money to the cleanliness of on-board toilets.

We then assess all responses to generate star ratings and a league table of train companies. And as well as asking commuters, we also questioned 11,135 leisure rail users about their experiences.

Head straight to best and worst UK train companies to find out how your train service stacks up against the rest.

Your consumer rights with train pain

Here at Which?, we know how frustrating it is when trains don’t run on time, or when they’re cancelled.

We have several articles to help you get to grips with your compensation rights, to make sure you’re not left out of pocket, including: