None of the new arrivals come cheap, but if you’re looking for the latest Apple processors and security features, you’ve come to the right place.

Updates to the MacBook Air have seen Apple create its thinnest laptop yet, while the refreshed iPad Pro is available with a large 12.9-inch Liquid Retina display – perfect for scribbling notes and editing pictures.

Keep scrolling for news of the biggest announcements from today’s Apple event. 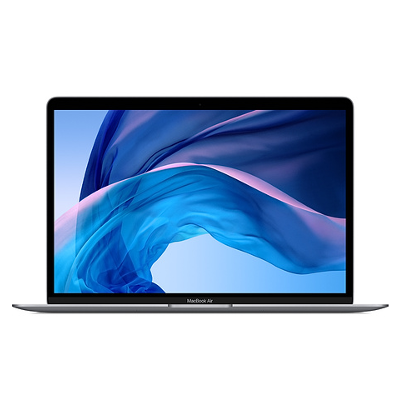 Back in 2008, Steve Jobs pulled the original Macbook Air out of a paper envelope to a barrage of gasps and whoops. Hoping to build on what Apple calls ‘the most beloved notebook ever’, the company has made some tweaks to its lightweight laptop.

The all-new Macbook Air arrives with a 13.3-inch Retina display, squeezing more than 4 million pixels onto the screen – that’s four times the resolution of the previous model. Apple is confident that the display on the new Macbook Air is sharper and more detailed than ever before. Remarkably, Apple has trimmed some fat from the already-thin Macbook Air – this version is 10% thinner (15.6mm) and weighs around 1.2kg.

The aluminium edge running around the screen has vanished in favour of a new design that features borders than are 50% narrower. Sat at the top of the laptop is a FaceTime HD camera. Considering macOS Mojave introduced group FaceTime calls, that front-facing snapper should come in handy. 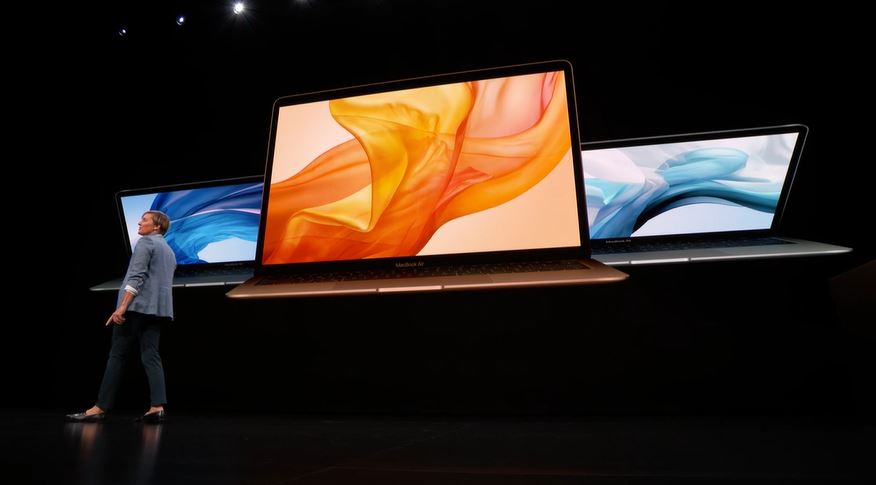 Elsewhere, a Touch ID button is tucked into the top-right corner of the backlit keyboard, which lets you make quick Apple Pay payments with the touch of a finger. Apple’s T2 security chip is nestled under the hood, and Apple says that it guarantees your Touch ID information is secure.

Prepare your wallet. Pricing for the new Apple Macbook Air starts at £1,199, which gets you 8GB of memory, a 1.6GHz dual-core 8th-generation Intel Core i5 processor and 128GB of storage. The next model up is £1,399, shipping with the same processor but offering an improved 256GB of storage.

You can order the Macbook Air from today, with the sophisticated laptop available in-store from 7 November.

Shopping for an Apple Mac? Don’t part with your money until you’ve explored our full range of Apple laptop reviews. 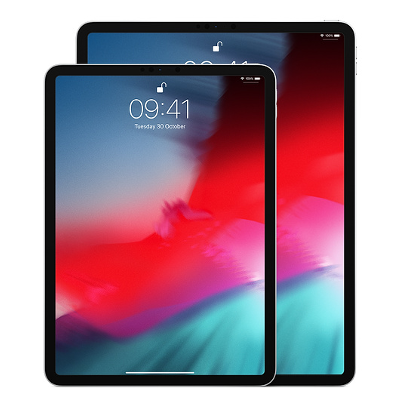 More than 400 million iPads have been sold worldwide, and before unveiling the new iPad Pro models, Apple couldn’t resist taking a swing at its rivals – it says the iPad has outsold tablets from the likes of HP, Lenovo, Asus and Samsung.

The home button on the iPad Pro has gone walkies, meaning the display has been stretched to the far corners of the body. You’ll now be more reliant on the sorts of touch gestures found on the iPhone X to navigate around and switch between apps, which takes a little bit of practice if you’re not familiar. The iPad Pro now comes with an 11-inch or 12.9-inch Liquid Retina display- the larger model should be well-suited to creative folk that want to get creative with iOS drawing apps. The second-generation Apple Pencil (£119) has also landed, featuring a flat edge that means it attaches magnetically to the tablet for automatic charging and pairing.

Aiming to push the power of the iPad Pro even further, both the 11-inch and 12.9-inch iPad Pro are powered by Apple’s ‘monstrous’ A12X Bionic processor. A 7Mp front-facing camera is on board, offering support for Face ID. We’re told it’s ‘the most secure facial authentication ever in a tablet or computer’. 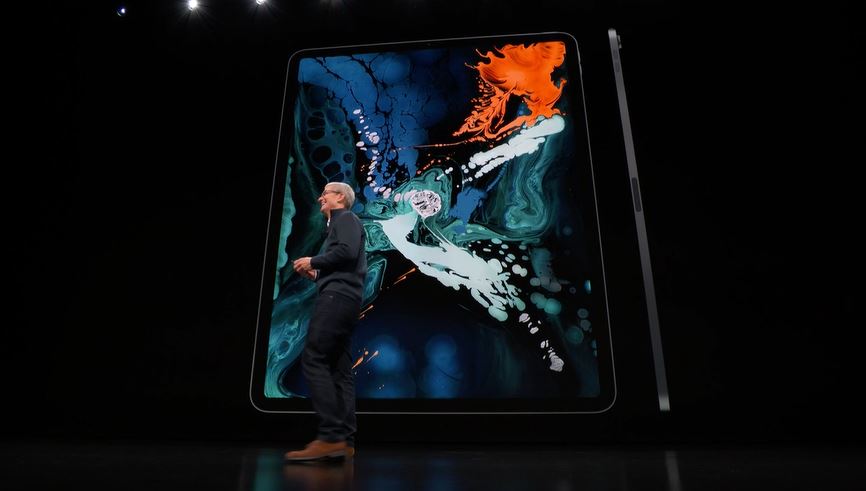 For the first time, we’re now seeing an iPad Pro that comes with a USB-C charging port. That means you’ll be able to hook the tablet up to external displays, while charging-out support means you can plug your iPhone into the Pro to give it an extra shot of juice.

With a new iPad Pro model confirmed, we expect to see the older model go on sale leading into Black Friday. Check our iPad Pro 10.5 review and iPad Pro 12.9 review for more details. 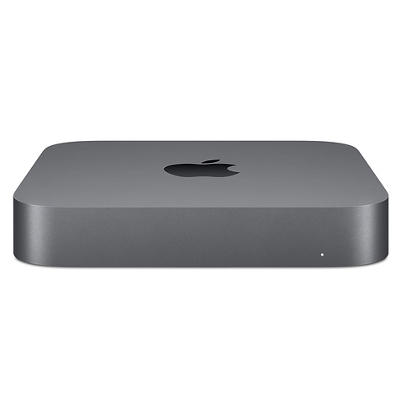 Apple’s biggest-ever update to the Mac Mini has seen it craft ‘an absolute beast’ of a desktop computer. Apparently, it’s up to five times faster than the Mini before it, supporting up to a mammoth 2TB capacity .

The same T2 chip inside the new Macbook Air makes an appearance in the Mini, and it aims to make the Mac Mini perfectly secure. Improved read speeds also mean that you’ll be able to load ‘giant files’ faster than ever. We’re looking forward to putting that claim to the test for ourselves.