If you’re hoping to start the New Year with a speedy new iron that will make laundry less of a chore for 2019, the January sales can be a good time to grab a deal. However, make sure you choose one that won’t need replacing again before the summer comes around.

Irons are notorious for developing problems early on, and a fifth will need replacing in the first few years. Our tests have revealed that even pricier models can be terrible at preventing issues such as limescale build-up – this can clog the steam vents and drastically reduce the lifespan of your iron.

Our research has found that certain brands are far more likely to have problems such as leaking early on, with over a quarter of irons from one of the big brands developing faults in the first few years.

Read on to find out how to choose an iron that’ll breeze through your ironing problem-free, for years to come.

How does limescale affect your iron? 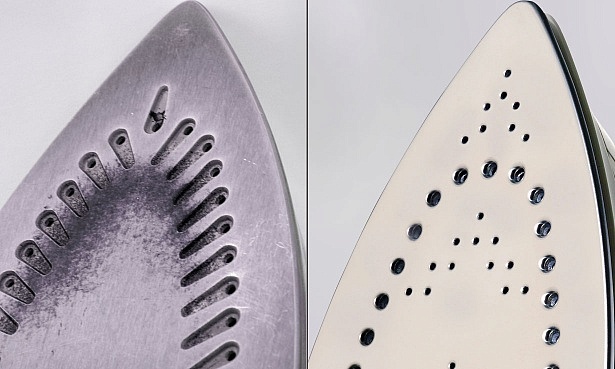 If you do a lot of ironing, you’re likely to be no stranger to the effects of limescale on your iron – especially if you live in a hard-water area.

In time, limescale can build up and clog your iron’s steam vents. This will drastically reduce the amount of steam produced. Less steam means more time and effort for you on laundry day, as you’ll have to press down harder and keep going over the same area to get creases to budge.

When we test irons we don’t just look at how good they are when they’re fresh out of the box, we also put them through a tough endurance test so you can see how well they cope with limescale further down the line.

We steam each of them for 48 hours – similar to ironing for one hour a week for almost a year – to see how their steam levels are affected.

In our latest tests, while some stayed just as steamy, several lost more than 30% of their original steam power over the 48 hours of ironing.

Price and brand doesn’t seem to make a difference when it comes to limescale resistance, as you can see from the bar chart below. The worst we’ve seen recently was a mid-price model from one of the biggest ironing brands. 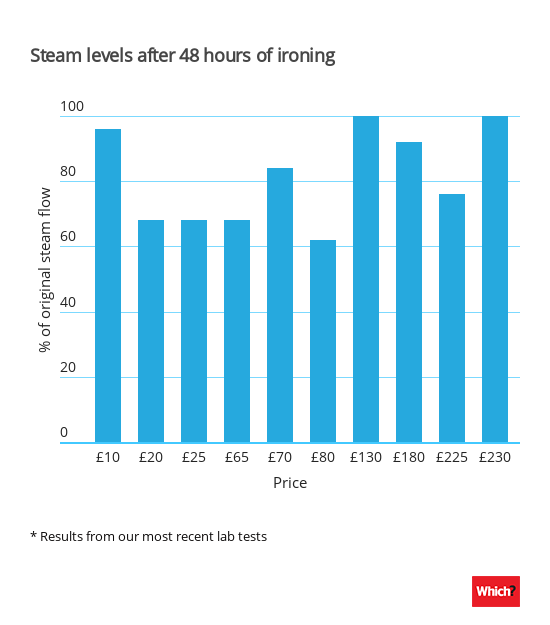 We’ve also seen a few cheap Best Buy irons score top marks for limescale resistance – including one for under £30.

Steam generators come with large water tanks and produce much more steam and maintain their steam levels better than steam irons, as our tests have revealed. 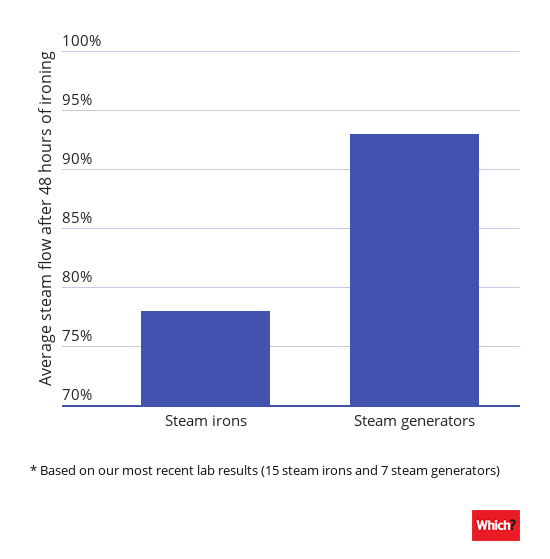 However, steam generators are usually more expensive and we’ve seen a few irons that do an excellent job of removing creases and are just as effective on limescale. So if you prefer something less bulky or don’t iron that regularly, a steam generator is probably not worth the investment.

But if you do a lot of ironing they could be worth the extra money. As well as needing refilling far less often, a good steam generator will produce vast amounts of steam to make ironing much faster and easier.

Check our steam generator reviews to find out which generators did best on our tests.

To help keep limescale at bay, nearly all irons now come with a cleaning function so you can regularly descale your iron and hopefully return it to its former steamy glory.

The type of cleaning system varies between models.

There’s a big difference in how well these cleaning systems work from model to model. In our latest tests, the best made the steam levels as good as new, while the worst actually caused the iron to clog up more and reduce steam levels even further.

Limescale will build up in all irons eventually, even those with the best limescale resistance, so a good cleaning function is essential to maintain the performance of your iron.

What other problems can steam irons have?

Irons are more likely to have problems early on than many other small appliances in your house.  More than 20% of our members have experienced a fault with their steam iron in the first six years.

For almost half of them, leaking water or limescale was the issue. Others reported issues such scratched soleplates, and 20% ended up with irons that just stopped working completely.

Irons from certain brands are far more prone to problems, so you may want to consider this if you’re looking for an iron that’ll keep going for years to come.

Read our guide on the top steam iron brands to find out more.

Here’s a list of the latest steam irons and steam generators to come back from our lab. Click the links to read the full reviews: