The biggest technology trade show of the year is underway, and many makers of smartwatches and fitness trackers are at CES setting out their stall for 2019.

It may not yet be a must-have accessory for everyone, but with each new design, innovation and refinement, smartwatches are becoming an ever more tempting way to deck out your tech wardrobe.

Read on for what could be some of the most important wearables to launch this year.

We’ve been reporting on the show across the week – read all our CES 2019 news here. 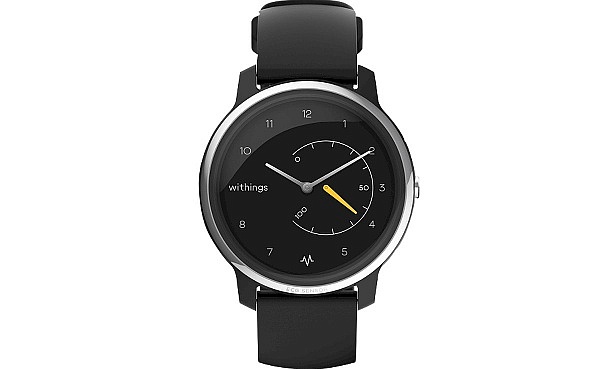 The Withings Move ECG (above) may look like a stylish traditional watch, with time displayed by minute and hour hand, but it’s the first analogue watch with an ECG (electrocardiogram) monitor.

You simply touch both sides of the bezel and it will take an on-the-spot heart activity reading in 20 seconds. You can then view your data in the accompanying Health Mate app.

The Move ECG is also designed to detect atrial fibrillation, which is a common heart rhythm disorder that can lead to heart failure or a stroke.

Withings hasn’t confirmed a launch date yet, and the ECG feature still needs approval from the medical communities in countries where it will be sold. It should be available from spring.

The Apple Watch Series 4, which was announced in September last year, can also take ECG readings, although that feature isn’t available in the UK just yet either. At £399 (£499 with cellular), it is an expensive option.

The Move ECG (£129.95) is more modestly priced. It’s compatible with Android phones (the Apple Watch 4 isn’t) and Withings says that the Move ECG has a battery life of 12 months. The Apple Watch 4 will need charging every other night.

You can also use the Move ECG to track your activity levels, step count and sleep patterns. It’s water-resistant to 50m, meaning you can use it for swimming in a pool or in the sea, but not for scuba diving or high-velocity water sports. It has automatic tracking for walking, running and swimming, and an altimeter for stair climbing. 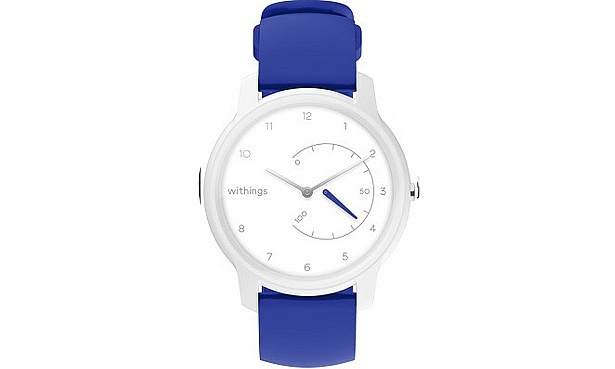 Another version of the watch, the Withings Move (above), has also been launched. The Move can’t take ECG readings, but it does have plenty of other interesting features, such as multisport tracking and sleep tracking – and it has a staggeringly long claimed battery life of 18 months.

You can also customise it by choosing from a range of strap colours, and each watch is made to order, which Withings is pitching as a major selling point. The Move will cost £59.95.

We recently tested the Withings Steel HR Sport – find out how it fared in our tough testing. 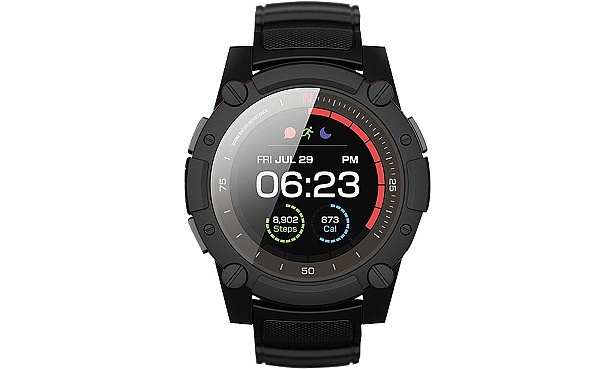 It’s a robust, rugged-looking fitness watch with an aircraft-grade aluminium case and a hardened glass face, designed for extreme conditions – potentially perfect for those who love outdoors sports and exploring. It has calorie-tracking, a heart-rate monitor, and GPS for mapping your routes.

At $499, or approximately £391, it’s a lot to pay for a watch, but it might appeal to fans of the unusual technology. It was created through crowdfunding site Indiegogo, and there’s still time to back it.

If you hate charging your watch, we’ve tested many fitness watches with a long battery life.

The Fossil Group has just unveiled the third-generation Emporio Armani Connected. It’s a sleek, stylish, watch that will blend in as easily with smart officewear as with your gym kit. 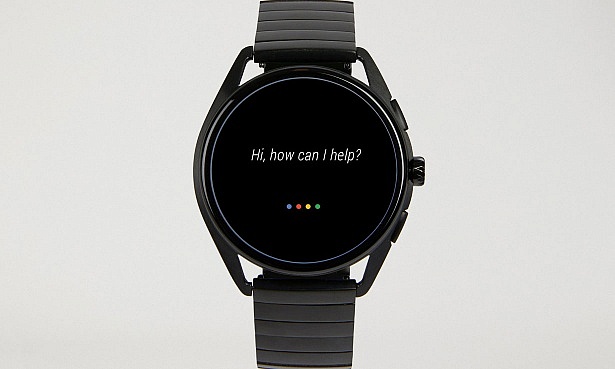 It has a different case design to the second-generation watch, and a rubber strap to make it much more lightweight. It’s aimed not only at those who want to get fit, but also the fashion-conscious.

Somewhat surprisingly, it hasn’t gained many other features. Like its predecessor, it’s waterproof to 3ATM, meaning you’re safe to wear it in the shower or swimming pool. It has heart-rate monitoring, NFC for mobile payments with Google Pay (check whether your bank is compatible) and on-board GPS, meaning you won’t need your phone on you for it to track your workout. It also runs Wear OS, giving you access to Google Assistant. 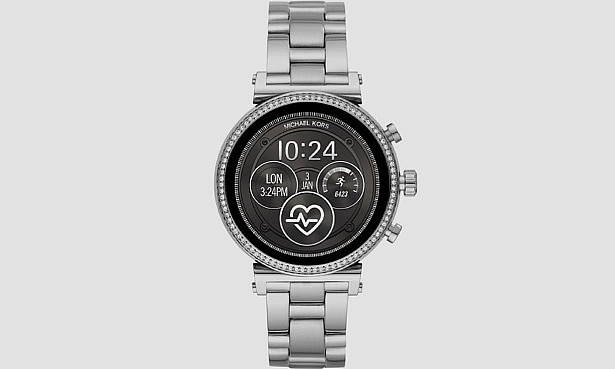 Fossil has also announced the Michael Kors Sofie 2.0 (above) as an update to the incredibly popular Michael Kors Sofie model. It’s as fashionable as its predecessor and now has more sophisticated health tracking, a heart-rate monitor, NFC and in-built GPS. It’s also now waterproof, so you can use it to track your swim.

Disappointingly, both of these watches will still use the Qualcomm Snapdragon 2100 platform, despite Snapdragon Wear 3100 being available, so there are no big internal upgrades.

We’ll update this story with prices and launch dates for these Fossil watches when they’re announced. 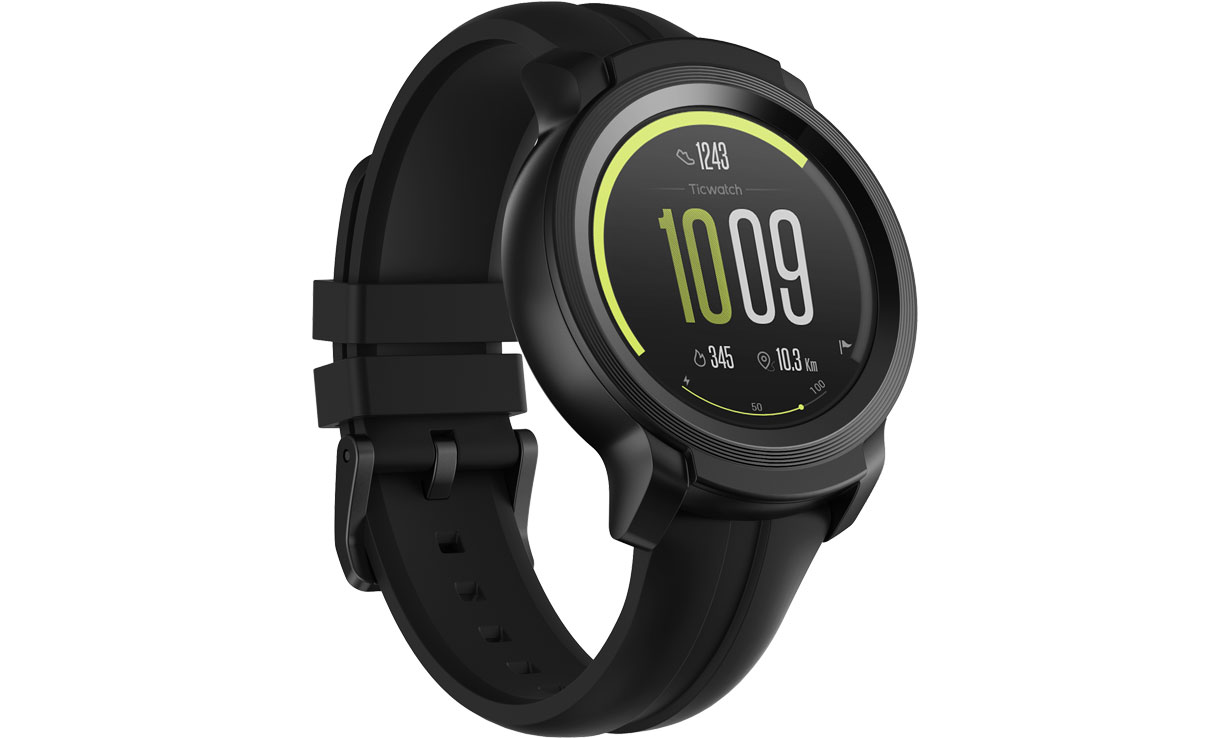 Mobvoi has announced two new Ticwatches: Mobvoi Ticwatch E2 (short for Express 2, pictured above) and the Ticwatch S2 (Sport 2). Both are waterproof for swimming and surfing, and have a specific swimming mode. They’re designed to withstand extreme conditions – ‘to keep you connected as you get in touch with nature’s wilder side’, as Mobvoi says.

Both run Google’s Wear Os, so you’ll have Google Assistant as well as the standard smart features. Wear OS is designed to be compatible with both Android smartphones and iPhones, but Apple users will lose some features.

Ticwatch says these watches come with 30% improved battery. When we tested the Ticwatch E, we found it didn’t live up to its claimed battery life, so hopefully the new model will fare  better.

As with the Fossil watches above, they still have the Snapdragon Wear 2100 chip.

We don’t have pricing or a launch date yet, but Mobvoi has said you won’t have to wait too long after CES to get your hands on them. Initially they’ll both be in black, but a white version of the S2 (below) will be released later. 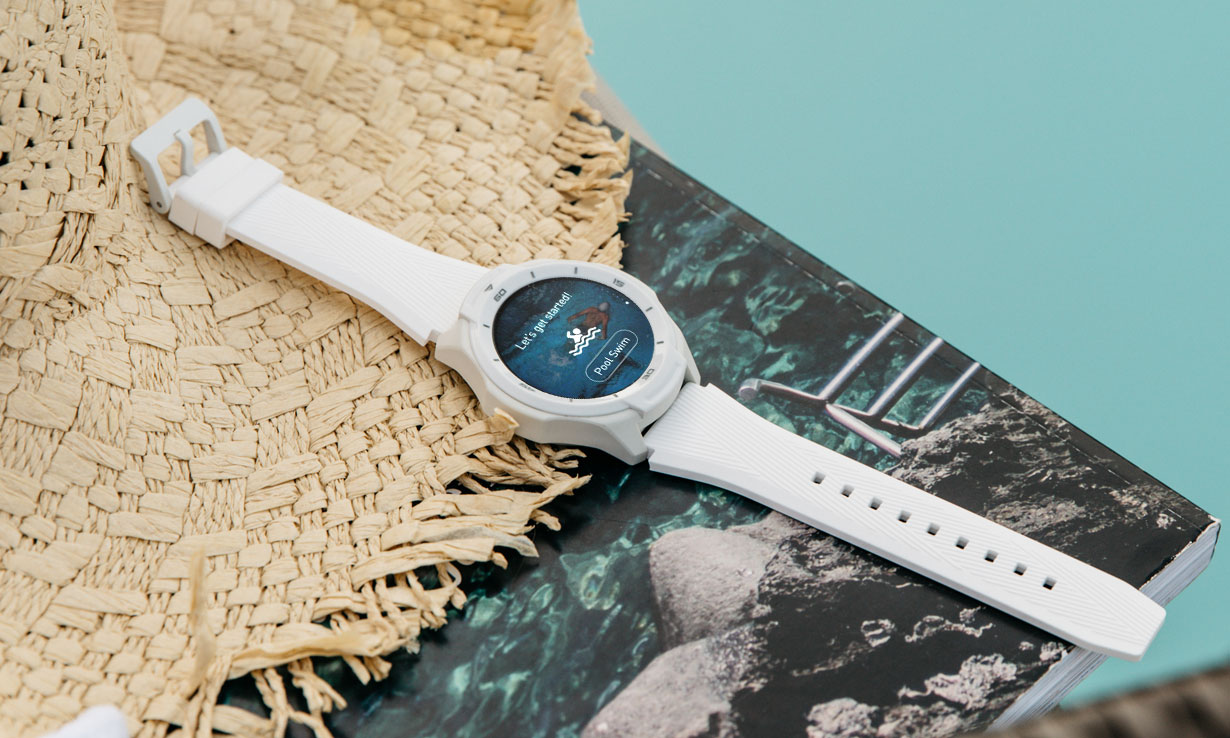 They’re both chunky watches – as were the original Ticwatch E and Ticwatch S. If you’re after something a bit more stylish, last year we reviewed the Mobvoi Ticwatch Pro (£215), which has plenty of features but looks rather more fashionable.

See how today’s wearables measure up with our Best Buy smartwatches and Best Buy activity trackers and fitness watches.