When a product gets launched once a year, every year, it’s difficult to know when to take the plunge. By the time TVs reach their cheapest point, the successors are hot on their heels.

Do you wait and see if any of the new features are ones you can’t do without, or throw caution to the wind and buy one of the previous year’s best sets?

The fear of missing out is a big factor and the typically high price of newly launched TVs means waiting eight months for them to become more affordable is desirable and, in some cases, necessary.

So if you’re stuck in a cycle of indecision with an old TV on its last legs in desperate need of replacing, thankfully we can shed some light on the situation.

We know what’s coming in 2019 from the big four manufacturers (LG, Panasonic, Samsung and Sony), plus we’ve kept a tab on the prices of the most popular sets from Black Friday to see if there’s any benefit in waiting a few more months.

The prices of some TVs drop by hundreds of pounds within a few weeks of launch, but the biggest dips tend come around November time during every Currys PC World staff member’s favourite day of the year – Black Friday.

This kickstarts the busy shopping period that leads up to the January sales and we typically see TV prices bottom out, some by as much as 50%. But, do they go back up again? Retailers need to make space for the new models, so it wouldn’t make sense to drive the prices back up to what they were pre-Black Friday.

The 10 TVs below were the most popular on which.co.uk the week of Black Friday last year. We’ve noted their price on the day itself and their price now to see if there’s much of a difference. 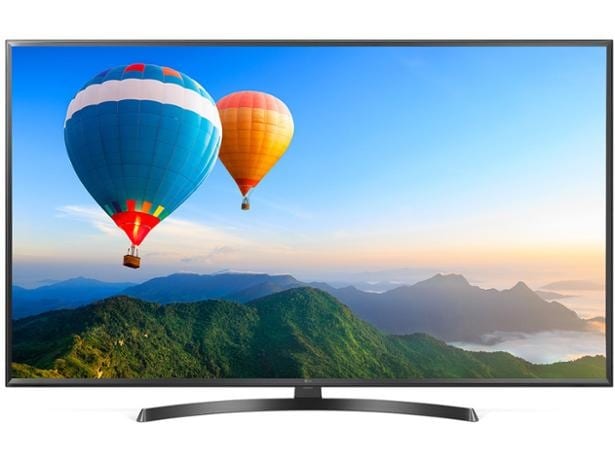 40% of the most popular TVs have had a price increase, but only a very slight one. 40% of the TVs maintained their low price, while only two out of the 10 got any cheaper.

The LG OLED55B8PLA stands out for a number of reasons. It’s an OLED, it’s by far the most expensive of the bunch, and it has the biggest difference in price from Black Friday. Thankfully, the price has gone in a direction we like – down.

We decided to look at some more high-end sets to see if their prices have dropped in the new year.

They’ve dropped in price, even the LG OLED which is £1,000 cheaper now than it was at launch, but all these high-end sets will still set you back more than a grand. Read our reviews of the LG OLED55C8PLA, Panasonic TX-55FZ802B, and Samsung QE55Q7FN to see if any of them are worth it.

…but not if you’re after a more affordable one

It appears that the Black Friday to January sales period is when cheaper TVs are cheapest. Only the £1,000-plus high-end models continue to fall in price, so if you’ve got your eye on something around the £600 mark or lower then you might as well pick it up earlier and recycle your old set.

They are not out yet, but we know plenty about the TVs coming from the big four brands, and there are no groundbreaking features that are set to change the TV landscape. That is unless you can afford LG’s rollable OLED or one of Samsung or Sony’s 8K TVs.
That said, LG, Panasonic, Samsung and Sony are promising improvements on their new TVs. Here are a few notable advancements.

The Quantum processor is the headline feature of Samsung’s 2019 QLED range. It brings the AI upscaling technology, which boosts standard definition content to close to 8K quality from Samsung’s 8K range, into many of its 4K models. This could make the QLEDs the best sets in 2019 to watch SD and HD content.

You can learn more about the new ranges and tech in our how to buy the best Samsung TV guide.

Samsung isn’t the only brand upping its processor game, the second generation Alpha 9 is powering LG’s OLEDs in 2019. The new chip analyses every frame of footage to make it as sharp as possible. Once again it is 8K TVs which are driving this surge in upscaling tech. With no 8K content available, programmes and images must be boosted to close to that resolution or there’s literally no point in buying an 8K TV. It’s good to see this high-end tech filtering down into 4K TVs.

We still don’t know the full details of LG’s 2019 range, but everything we do know, as well as extensive information on its 2018 range, is in our guide on buying the best LG TV.

High dynamic range (HDR) content is becoming more widely available with iPlayer streams adding to the sizeable libraries on Netflix and Amazon Video. Panasonic’s 2019 TVs will be the first to support the two most advanced formats: HDR10+ and Dolby Vision. Both of these formats could eventually replace HDR10 as the industry standard, but currently different studios and streaming services support different formats and a TV that supports both ensures you’re getting the optimal HDR image.

There’s more coming to Panasonic’s TVs than just an extra HDR format. Read about all the ranges and tech in our Panasonic TV guide.

With an 8K TV in its lineup, Sony has also improved its upscaling technology in its new X1 Ultimate processor, which is also powering its flagship AG9 OLED. Sony is aiming to make its TVs the best choice for streaming and movies with Netflix and IMAX certifications. Netflix calibrated mode means the TV is tuned to suit Netflix’s swathe of original content, and IMAX Enhanced helps big screens capture some of the immersion you get from enormous IMAX displays.

Learn more about Sony’s OLEDs and LCD TVs in our guide on buying the best Sony TV.