Scotland has lost more than a third of its bank and building society branches in just eight years, new analysis from Which? Money reveals.

The findings add further fuel to concerns that the UK may be sleepwalking into a cashless society, with painful consequences for some of our most vulnerable communities.

The Scottish Affairs Committee is meeting in Westminster this week to probe the issue of dwindling cash access north of the border.

MPs on the committee have been highly critical of banks following a spate of Scottish branch closures, stating in a 2017 report that banks do not ‘fully appreciate the damage these closures will do to the communities and businesses.”

Which? has submitted several items of research to the committee ahead of its latest inquiry.

More than 600 bank branches disappear in a decade

The number of banks and building society branches in Scotland plummeted from 1,625 to 1,015 between 2010 and 2018, according to figures compiled by the Office for National Statistics, which we have analysed.

The official figures are corroborated by Which? Money’s own research, which has documented branch closures at major retail finance brands since 2015.

We’ve tracked 399 closures north of the border in a little over three years. This includes existing branches that have been scheduled to close this year.

These figures do not account for any branches that may have been opened during the period. Nor do they reflect the proportion of branches which have closed – RBS and Bank of Scotland both have a very large presence in Scotland.

The hemorrhaging of bank branches across Scotland is contributing to another worrying trend: a sharp fall in ATM numbers.

Which? is calling on the UK Government to give a single regulator a duty to protect access to cash and ensure no-one is left behind by these rapid changes to the payments landscape.

We believe intervention is badly-needed in rural areas, where people struggle to access cash and basic banking services while also suffering from poor broadband and limited connectivity.

However, cash access is equally necessary in urban areas, where it provides a back-up when card and cashless payment systems collapse.

That’s why we are calling on the government to appoint a regulator to oversee cash infrastructure in the UK. Here, you can find out more about our campaign Freedom to Pay. Our way.

Gareth Shaw, Head of Money at Which?, said: ‘Communities across Scotland could be left struggling to access the cash that millions of people still rely on in their daily lives through rapid closures of bank branches and cashpoints.’

Which? Money recently revealed that UK banks were hit by 302 IT shutdowns in the last nine months of 2018 – that’s more than one major IT or security failure every day that prevents customers from making payments.

The data did not reveal how long each IT outage lasted for how many customers were affected.

Gareth Shaw said: ‘Cash is a vital backup when digital systems do fail – so the UK Government must appoint a regulator to oversee these changes and ensure no-one is shut out from paying for local goods and services.’

Around 25m people are reliant on cash in their daily lives, while 2.2m are entirely dependent on coins and notes.

Gem Turner, from Yorkshire, says she needs cash to do the ‘everyday things a 25-year-old wants to do’.

Gem has brittle bones and uses a powered wheelchair in her work and social life.

She told us: ‘Accessing cash can be really difficult for disabled people. Getting to the cash machine is like a military operation.

‘Life for me would be a lot easier if accessibility was thought about on a day-to-day basis and not just catering to the majority of people. Thinking about essential things like access to cash just isn’t something that’s talked about seriously.’ 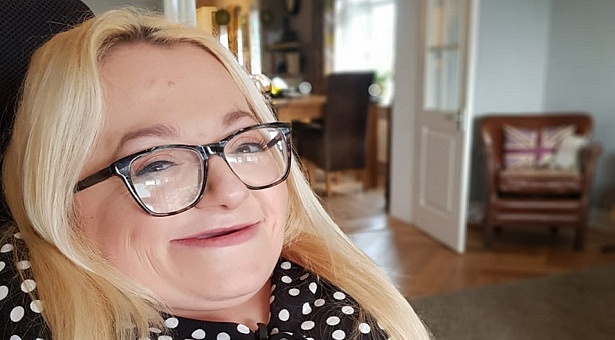