At the start of the month, NatWest began trialing a new personal finance app that helps users with budgeting, spending insights, and reminders. Sound familiar?

If you have an account with Monzo, Revolut, Starling, or another financial technology (fintech) ‘challenger bank’, you’ll recognise these features.

Indeed, in a recent Tweet, Monzo’s CEO recently accused Halifax of taking a little too much inspiration for their new app, right down to leaving the name of a Monzo employee on the image of a card – though Halifax’s design agency said this was an early mock-up that the bank did not green-light.

With its new app, dubbed Mimo, NatWest is challenging the challengers at their own game. And it’s not the only one.

Many of the major high-street banks have added challenger-style features to their mobile banking offerings in recent years. But when it comes to digital banking, can they be the leaders, or are they playing hi-tech catch-up?

Finding Mimo: what will NatWest’s new app do?

If you didn’t know NatWest was behind Mimo, you might presume it was another app-based newcomer, the likes of which appear to launch on an almost weekly basis, with adverts plastered on buses and Tube stations nationwide.

Mimo is only currently available to a select number of NatWest customers, but the bank does plan to roll it out further later in 2019.

NatWest hasn’t released a full list of Mimo features, but it promises ‘proactive and personal insights’ into users’ spending.

It is also set to ‘take action’ in finding users the best insurance, subscriptions, and utilities available to them. This is one area where Mimo could be ahead of other personal finance apps.

Monzo started testing an energy-switching function in February, but only allowing customers to switch to one supplier: Which? Recommended Provider Octopus Energy.

Frans Woelders, chief digital officer for NatWest, said: ‘We know that customers want to keep better track of their money, but find it hard to find the time or the motivation to manage the admin around that, so we’ve developed Mimo to make it easy, simple, and as straightforward as possible to keep on top of their finances.’

While NatWest may be the latest of the big banks to launch a flashy digital app, it’s far from the only one to boost its mobile banking functions in recent years.

This is something Tristan Thomas, Monzo’s head of marketing and community, has noticed. ‘We’re seeing more and more large traditional banks adopt features that Monzo either started or was one of the first to start,’ he told Which?.

‘Overall, I think it’s a really exciting development,’ said Thomas. ‘It shows that us and other challengers are able to affect change in the industry and force improvements for customers.’

In particular, many of the banks are adding features such as instant notifications, budgeting, and personal finance functionality.

While some are simply adding new functions to existing platforms, others are building personal finance apps from the ground up. As well as this, some apps from bigger banks have features that smaller challengers don’t.

These are just some of the high-street bank mobile apps that are evolving to give challengers a run for their money.

Late last year, Barclays ran a TV advertisement showing off its app’s new ‘card freeze’ feature, allowing users to block spending on their cards if they are lost or stolen. While useful, this was likely nothing new to challenger bank customers and users of high-street apps as well.

The Barclays app has a host of other features, allowing you to track your spending by category or merchant, or yearly, monthly or weekly. However, the app doesn’t have the same in-depth budgeting tools that some of its competitors offer.

One area where Barclays does have the edge over the newcomers is Open Banking – a new protocol that allows banks to share data securely.

Using Open Banking APIs, the Barclays app allows customers to add accounts from seven other major banks (Bank of Scotland, Halifax, Lloyds, Nationwide, NatWest, RBS and Santander) and view them all in one place, without needing to share log-in details.

This secure connectivity is something most challenger apps don’t offer at this stage.

Like Barclays, Royal Bank of Scotland allows users to add accounts from other banks to their app via Open Banking – this time 16 of them. (The above seven, plus Allied Irish Bank, Bank of Ireland, Barclays, Danske Bank, First Direct, First Trust Bank, HSBC, M&S Bank and Ulster Bank in Northern Ireland.)

Notably, this app offers a way to set a spending budget for your credit card, whereas most app-based challenger banks offer little-to-no functionality when it comes to credit cards and loans.

The app’s ‘Get Cash’ function allows you to withdraw up to £130 a day from certain ATMs without using your card. Again, though, there’s less focus on budgeting elements than there is with other fintech challengers.

HSBC’s Connected Money app is perhaps the closest thing to NatWest’s Mimo on this list.

It’s completely separate from HSBC’s main banking app, and it has a stronger focus on tracking personal finances and budgeting.

Connected Money was actually the first high-street banking app to allow users to add accounts from other banks. And at 21 providers, it still offers more than Barclays or Royal Bank of Scotland.

The downside is that instead of Open Banking APIs, Connected Money uses a less secure technique called ‘screen scraping’ to get information from your other accounts. This means you need to share the log-in details of your other bank accounts, so that, in theory, you may be violating their T&Cs.

You can find out more in our guide to Open Banking.

To help with budgeting, Connected Money lets you see your ‘safe balance’ – the amount you will have left over once future bills have been paid – right from the start of each month.

The app also allows users to automatically move change from transactions into a nominated savings account, much like Monzo and Tandem’s ‘round-up’ feature. There’s also a way to save specifically for different things in ‘pots’ – which will ring a bell for Monzo customers.

At present, however, the app is only available on iPhone. Android users will need to continue using the previous version of the HSBC banking app. 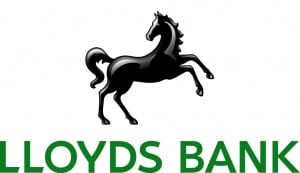 The Lloyds banking app doesn’t have the focus on spending insights that most challenger apps have.

Its straightforward interface shows your spending history and pending transactions, but it doesn’t break them down by category, nor does it allow you to set budgets or savings goals.

Despite this, the ability to manage loans and credit cards means the Lloyds app does offer more than challengers in some respects. And the ability to pay in cheques by taking a picture is an added convenience – and something that Monzo is yet to offer.

Like the Barclays and Royal Bank of Scotland apps, it also lets you view accounts from other banks with Open Banking.

Which banking app is best for you?

While Starling and Monzo’s apps may be known for their budgeting and personal finance features, high-street banks, by nature of their size, tend to offer a wider range of products through their apps, including credit cards, mortgages and loans.

Although Monzo did recently launch an Isa, high-street banks still generally have more options for your savings.

If you have accounts with multiple banks, bringing them all together in one place might be your top priority. To do this securely, it may be wise to seek out an app that uses Open Banking APIs.

If it’s budgeting functionality you desire, however, you can now choose between the challenger banks which popularised it, and the high-street banks that are increasingly taking it seriously.

While the app is an important part of your customer experience, it shouldn’t be the only thing you consider when choosing a bank. It’s important to shop around to make sure you’re getting the best deal on your current and savings accounts. And don’t forget about customer service – you can find out the top providers, as rated by thousands of customers, in our guide to the best and worst banks.

Editor’s note: This article has been updated to reflect that the Lloyds Mobile Banking app allows users to view accounts from other banks.