Ikea is set to make its first foray into UK housing, after being granted permission to build up to 162 new homes in Worthing.

With houses in the seaside town selling for around 11 times the average salary, Worthing Council says this innovative move will utilise unused land and improve affordability for first-time buyers.

But how expensive will the homes really be, and is a return to prefabs really the answer to the housing crisis?

Ikea to build houses in the UK

Worthing Council has voted in favour of a partnership with Ikea to build affordable homes in the town.

The flat-pack favourite will build houses through its development company, BoKlok, which is a joint venture with the construction firm Skanska. While the name might be new to the UK, BoKlok has already built around 11,000 homes in Scandinavia.

BoKlok primarily builds low-cost modular homes, which are created offsite in a factory and then assembled on location. The homes in Worthing will range from one-bedroom to three-bedroom apartments, and all will include Ikea kitchens and interior furnishings.

There’s good news for cash-strapped first-time buyers, too, as BoKlok has promised the homes will be sold with 25-year mortgages at a price that’s ‘affordable for a single parent.’ Currently, the average salary in Worthing is around £25,500.

Worthing Council will be allocated 30% of the properties to use for social housing, and the developer will sell the rest itself through a ballot system.

It’s expected that the new homes will arrive by 2021, and if the partnership proves successful, a deal is lined up to build 500 more properties.

Ikea is best known for its flat-pack furniture, but it wouldn’t be fair to describe these homes using that term.

Rather, they’ll be high-quality modular properties created in factories.

When you think of modular homes, your mind might move towards the garish prefabs of a few decades ago, but the truth is that both design and technology have improved significantly since then.

This has even resulted in some developers, such as the German company Huf Haus, building high-end energy-efficient modular homes to the specifications of individual buyers.

Some experts believe factory-built properties could solve the housing crisis, as they can be delivered more quickly than bricks and mortar homes (due to mass production techniques and a lack of exposure to the elements), and with better quality control. 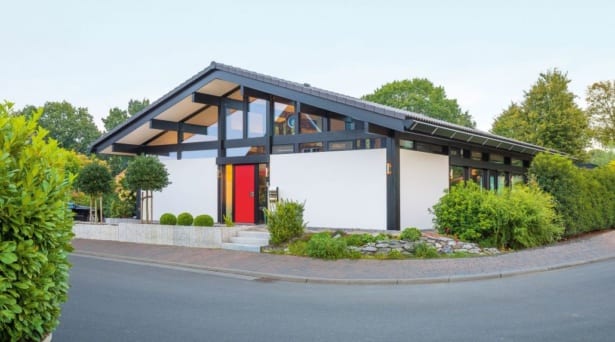 With the government aiming to build as many as 300,000 homes a year by the mid-2020s, factory-built properties are an attractive option, on paper at least.

And in the last year or two there’s been a significant swing towards modular housing.

And there are signs that the biggest developers are taking notice, too. Last December, Berkeley Homes announced it was on track with the construction of its own modular housing factory, which is expected to be completed in 2020.

Persimmon and L&G Homes are also in the process of building factories. 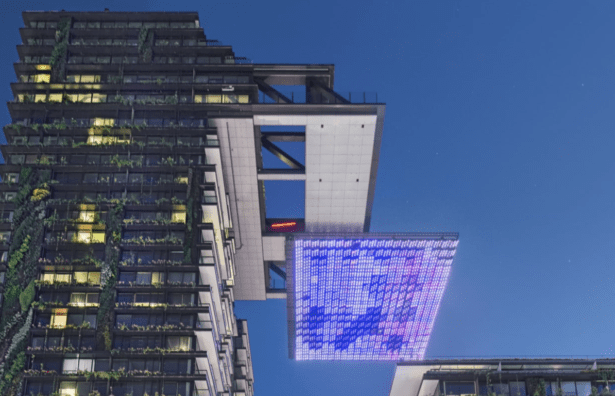 Central Park, in Sydney, Australia, is one of the most unusual examples of modular housing

Despite all of these positives, there remains some distance to run before factory-built homes can compete with traditional methods of construction in the mainstream market.

One barrier is cost. In April, the property analyst JLL said that while traditional methods are unsustainable in long-term due to an ageing working population and a reliance on eastern European bricklayers, modular housing isn’t necessarily a viable alternative.

JLL claims that many major developers are still shying away from off-site production, as the construction cost is 12% higher than traditional methods. It concludes that many modular factories are only surviving because they are taking on hotels, student accommodation and commercial units to increase their profits.

Some critics have also raised concerns that while land values remain so high, it’ll be difficult for modular homes to be a truly affordable alternative to bricks and mortar.

As the popularity of modular homes grows, it’s likely that mortgage lenders will need to come up with specific lending policies.

Most major lenders don’t currently have a clear policy on MMC, for two reasons.

First of all, the MMC category contains vastly different types of home. A self-build will require finance being released at different points of the project, while a modular home will require a more traditional mortgage offer.

Then, there’s the question of valuations. Lenders might not have the specific expertise to assess a modular home for valuation purposes as they would with a traditional bricks and mortar property. Throw in questions around insurance, and it’s easy to see how much work must be done.

With this in mind, it remains to be seen how the biggest banks will adapt their eligibility rules over the next few years as more off-site homes are built.