Four years on from Whirlpool admitting that it had a fire problem with many of its vented and condenser tumble dryers, the manufacturer has finally committed to naming all of the dangerous dryers on its website.

Whirlpool vice president, Jeff Noel, told a House of Commons select committee today that he would provide a list of all of the affected models at the request of the committee’s chair, Rachel Reeves MP, by Monday 8 July 2019.

Mr Noel went on to tell the Business, Energy and Industrial Strategy Committee hearing into the fire problems caused by Whirlpool tumble dryers that the company would also publish a full list of the affected models on its website by the same date.

Which? has been calling for Whirlpool to name its fire-risk dryers since 2015.

Until now, worried consumers needed to type their tumble dryer’s model number into a checker on the Whirlpool website to find out whether it was a fire-risk dryer. 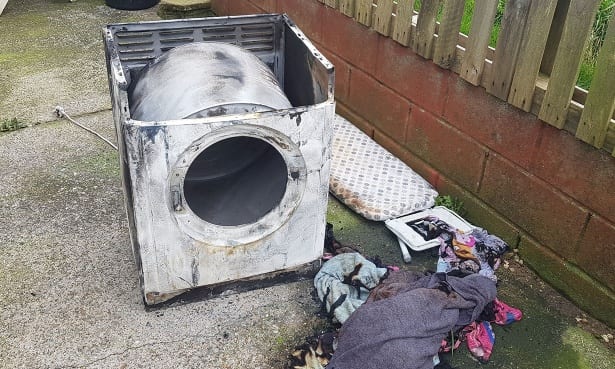 How many dangerous Whirlpool dryers are still in people’s homes?

Whirlpool told Which? earlier this year it estimates there could be as many as 500,000 unmodified tumble dryers in UK homes.

Mr Noel told the committee today that Whirlpool believes this figure to be the most appropriate, even though he admitted estimates ranged from 250,000 to 800,000.

Which? has reported more than 30 cases of tumble dryers that have previously been modified by Whirlpool catching fire, producing smoke or smelling of burning.

These included the case of Jemma Spurr, whose repaired tumble dryer caught fire in September 2018. Jemma was also called to give evidence to today’s House of Commons select committee and fought back tears as she described how her house had gone up in flames with her children inside it.

Michael Farrington of Whirlpool told the committee today that Whirlpool had heard of only three reports of modified dryers catching fire.

‘Whirlpool executives came face to face with a brave mother who laid bare the devastating impact that tumble dryer fires are having on the company’s customers – and yet still it insists on putting corporate reputation ahead of public safety.

‘With Whirlpool admitting it has only managed to provide a modification or replacement for a tiny proportion of affected machines in the past two years, it’s clear that the company is failing to do enough to keep customers safe – and now it has acknowledged that modified machines are still catching fire.

‘If the safety of Whirlpool’s fire-risk tumble dryers cannot be assured, secretary of state Greg Clark must step in and ensure that all potentially dangerous machines are immediately removed from people’s homes.’