Fossil released its fifth-generation smartwatch – the Fossil Gen 5 – earlier this month. And, if you’re an iPhone user, there’s a key feature that might tempt you to buy it: when it receives an update later this year, it will be the first Wear OS smartwatch to be able to take calls from a tethered iPhone.

If you’re an iPhone user looking for a smartwatch, an Apple Watch will be far and away the best option for you in terms of compatibility.

But, Apple Watches are painfully expensive. The Series 4 starts at £399, but you could pay as much as £799 – the cost of several holidays – if you want to add cellular and a luxury Milanese loop band.

If that’s way out of your price range, you can’t bear the prospect of charging a watch daily (advertised battery life is just 18 hours) or you’d simply prefer a more traditional, watch-like design, what other options are available to you?

Just want to know which smartwatches we rated most highly? Head straight to our list of Best Buy smartwatches. 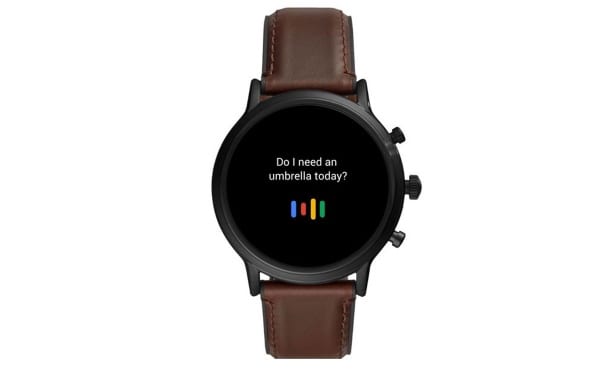 The Fossil Gen 5 aims to combine ‘classic design’ with ‘modern tech’. It has a very traditional look, particularly if you go for one with a brown leather strap, as pictured above.

It has a touchscreen and three physical buttons. It comes with heart-rate monitoring, built-in GPS (useful if you want to go leave your phone at home and still track your run), Google Pay for contactless payments and music control.

And it has three smart battery modes to extend the battery life, which should hopefully mean you’re not tied to charging it anywhere near as often as the Apple.

Currently Wear OS watches can notify iPhone users that someone is calling them, but they can’t be used to actually take calls. Fossil says that the Gen 5 smartwatch will be updated in a few months (an exact date hasn’t been announced) with a feature allowing the watch itself to take the call.

If you buy the Fossil Gen 5 before then, you won’t need to take any action to get this update.

We haven’t put the Fossil Gen 5 through our lab tests yet, but we’ll update this story when we have.

In the meantime, you can read our other Fossil smartwatch reviews to get an overall impression of the brand. 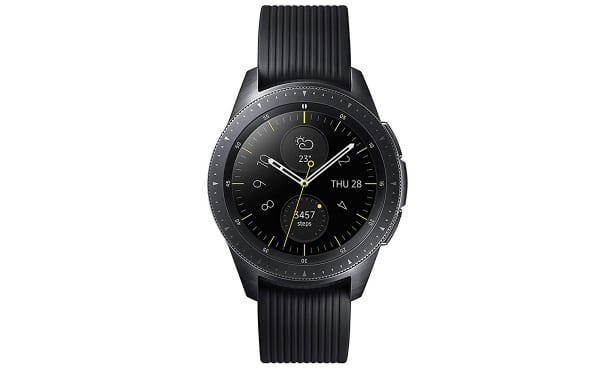 A stylish, expensive-looking smartwatch with plenty of features, such as integrated GPS, a heart-rate monitor, a bright, high-resolution display and NFC for contactless payments. You can keep it on in the pool, too.

It runs off the Tizen operating system. If you’re an iPhone user, you’ll get a decent array of functionality, though there are a few features you’ll miss out on, such as the ability to respond to messages or enter as much biometric data (information about your blood glucose level and blood pressure, for example) into the app. It’s still one of the more iPhone-compatible options around, though.

Samsung says its battery will last four or seven days, depending on whether you go for the smaller or bigger watch. That’s based on low usage, so bear in mind that it will run down quicker if you’re using features such as GPS. While that’s not the longest battery life of a smartwatch, it’s considerably longer than the Apple. 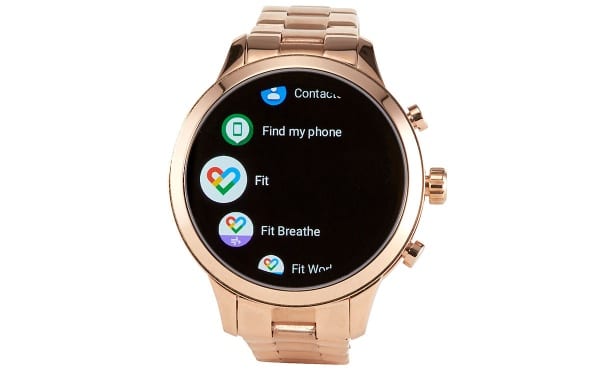 A fashionably oversized Wear OS smartwatch in the same design as the standard non-smart Michael Kors Runway watch. You can pick and mix between different colours and straps; options range from £190 to £450, depending what you go for.

It’s worth noting that, if you’re going to pay as much as £450, it would be cheaper to buy a Series 3 Apple Watch, which has now dropped to £279 and offers much more in the way of compatible features.

It looks much more like a piece of jewellery than a fitness tool, but it can also track your steps, calories burnt, distance travelled and heart rate. It has in-built GPS and you can keep it on while swimming. It also has more than 100 different activity tracking modes, but you’ll get fairly basic stats from most of these. 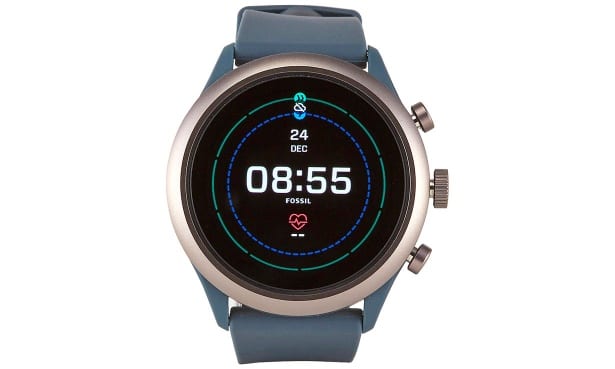 A sporty looking smartwatch with a neutral, unisex design. It comes in two sizes (41mm and 43mm) and a range of colours for the case and strap.

It’s comfortable to wear, and has plenty of features: Google Pay, Google voice assistant and 4G for music storage, for starters. You can also download third-party apps onto the watch.

It works pretty well with iPhones, but iOS users aren’t able to reply to Whatsapp messages, Facebook messages or Tweets, or initiate a phone call: all things which Android users can do.

iOS users will, however, get the Google Fit and Fit Workouts apps pre-installed, containing more than 100 activity tracking modes.

Find out what score we gave the Fossil Sport when we ran it through our tests. 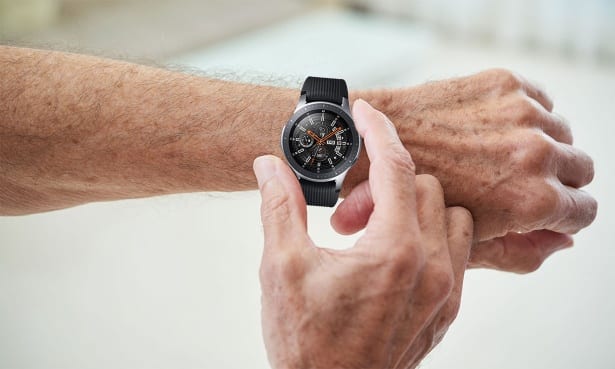 Using a Wear OS smartwatch with an iPhone

As mentioned, an Apple Watch is the most ideal partner for an iPhone, as they’re part of the same ecosystem.

Yet many Wear OS watches allow you to pair your iPhone with a Wear OS watch and still have a smooth experience.

This wasn’t always the case, but has been for a few years: back in 2017, Google rolled out Wear 2.0, which made many more features available to users of iOS as well as Wear OS (then called Android Wear).

To get this enhanced compatibility, you’ll need an iPhone 5 or later, with iOS 9.3 or later. And you’ll need a Wear OS watch that works with iOS (most models now, in practice).

Here are some features you might be surprised to learn you’ll still get with a Wear OS watch if you’ve got an iPhone:

You typically won’t be able to respond to messages, via text or using your voice, even if your Wear OS watch supports it for Android.  So opt for the Apple Watch if that’s a high priority for you.

Prefer to stick with an Apple after all? Check out our Apple Watch reviews. Or head to our complete set of smartwatch reviews to see all the smartwatches we’ve tested.