Passengers are losing out on up to €400 each in compensation, after Ryanair’s departure from official arbitration scheme Aviation ADR.

The airline is saving a fortune both in the fees it pays to the arbitrator and the money it should be paying to its customers.

Aviation ADR received more than 14,000 Ryanair complaints in the first 11 months of 2018. The airline was told to pay out £2,601,618 to passengers affected by flight delays and cancellations in the last two quarters for which we have data.

However, when the airline left the scheme in November 2018, the arbitrator rejected 854 complaints that it says arrived after that date and told those passengers to contact the Civil Aviation Authority (CAA).

Only 87 passengers did this in the last month of 2018 and just 466 passengers in total complained to the CAA in the first quarter of 2019. This is despite the fact that, as Ryanair confirmed to us, there has been no ‘drop off’ in the number of claims since it left Aviation ADR.

As Ryanair has to pay the arbitrator £150 for each complaint it handles it’s also saving on the arbitration process.

The CAA is currently taking ‘enforcement action’ against the airline for its failure to compensate passengers for cancellations caused by its own staff strike action. As yet it’s unclear what form this will take.

Of the 87 passengers who did escalate their complaint to the CAA in December 2018, 62 of them had had it resolved by the end of March 2019.

Fewer than half were told that they were entitled to compensation – just 29 people.

Whether those 29 people have received their money is not revealed in official statistics.

Until 2016 all airline complaints had to go to the CAA. However the CAA’s rulings are purely advisory and airlines could only be compelled to pay compensation by the courts.

In response the CAA authorised private firms CEDR and Aviation ADR to handle complaints instead. But it’s a system that has, as Which? Travel has previously reported, been failing many passengers since the beginning.

Airlines are now allowed to choose who handles their complaints. British Airways, Thomas Cook, Easyjet and Tui initally chose CEDR. Virgin Atlantic, Wizz and many small airlines chose Aviation ADR. However, Tui and easyJet have both now switched to Aviation ADR, leaving BA the only airline to remain with CEDR.

Other airlines have chosen not to have an official arbitrator at all. In which case complaints, as in the case of Jet2 among others and now Ryanair, are handled by the CAA. 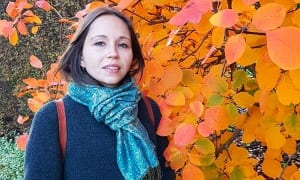 Even when Ryanair was with Aviation ADR passengers complained of waiting months to receive any money.

One passenger, Kasia Nieduzak, told us she made a complaint to Aviation ADR after her flight was cancelled in September 2017. After Ryanair failed to pay her the promised compensation she officially registered a complaint in December 2017 but didn’t obtain a final determination until September 2018. She finally received her money, after over 40 emails and 170 phone calls to the airline and its arbitration scheme, in November 2018.

‘It took me over a year to get my compensation and I only received it because I was extremely persistent and didn’t give up’, she says.  ‘I am very certain that many people whose flights were cancelled between September and October 2017 did not get their rightful compensation.’

An estimated 700,000 passengers were affected by cancellations caused by Ryanair’s pilot roster error in 2017. While not all of them were entitled to compensation many thousands were.

Aviation ADR told us that Kasia’s complaint took longer than normal because Ryanair initially stated that it had paid the passenger. It also said: ‘Following the formal determination being issued it took some time for Ryanair to pay the compensation to the passenger. We consistently chased for confirmation that the payment had been made but as you will appreciate we are not a regulator so could do no more than chase.’

Despite the fact that Aviation ADR’s decisions are officially binding, users receiving a positive ruling are told that it is not able to ‘facilitate or assist’ with getting the payment from the airline. It said that the remaining 15 passengers were those who had not yet provided full details to receive their payment.

Ryanair responded: ‘our policy is to pay all valid claims within an industry leading 10 days of receipt and while regrettably we fell short on this occasion, this is certainly not representative.’

It also says that there was no reason for any of its customers to complain to Aviation ADR after it left the scheme, as they were all told to contact the CAA or the appropriate European authorities. It admitted that not all of the passengers who were owed compensation from  2018 had been paid. It said that Aviation ADR had not yet issued payment instructions for the last few passengers affected but that when it did they would be paid within 10 days.

Ryanair also told us that, where claims are rejected, it prefers to deal with ADR providers – raising the possibility that it might return to Aviation ADR at some point, potentially creating more confusion for consumers.

Use our flight rights tool to see what to do if you have a claim and make sure to check out our guide to the best and worst airlines before you fly again.