Microsoft’s hardware event this month was crammed with new arrivals, with the Surface family expanded to include the productivity-boosting Pro 7, Pro X and Laptop 3.

But alongside the 2-in-1 laptops were some surprises, including the Samsung Galaxy Fold-esque Surface Duo and Surface Neo. We were also introduced to new wireless earbuds aiming to compete with Apple’s iconic AirPods.

Below, we’ve rounded up all the new products from Microsoft’s event in Manhattan.

A new pair of Microsoft 2-in-1 laptops were unveiled this week. The Pro 7 is the smaller of the two, with a 12.3-inch touchscreen.

The cheapest configuration for the tablet/laptop hybrid gets you an Intel Core i3 processor, 4GB of Ram and 128GB of storage at £799. We expect that’ll be enough for basic tasks such as word processing and spreadsheets, but if you’re editing pictures and videos you might want more power. 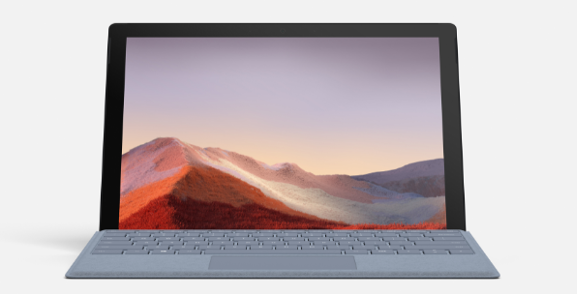 The Surface Pro 7 has been designed to keep you productive on the move, and Microsoft is promising ‘all-day battery life’ from the shapeshifting device. You can make the change from tablet to laptop using the built-in kickstand and Microsoft’s removable Surface Signature Type Cover keyboard.

Over on the Microsoft website, the Surface Pro 7 can also be configured to run on an i5 or i7 processor. The most powerful setup uses an Intel Core i7 processor, a hefty 16GB of Ram and 1TB of storage. Unsurprisingly, it doesn’t come cheap – you’ll need a spare £2,249.

With the Surface Pro 7 right around the corner, now is a good time to save money on the older model. See our Microsoft Surface Pro 6 review for the details.

If you’ve got more cash to splash on a 2-in-1 laptop, your head might be turned by the Surface Pro X. This new arrival uses a custom processor that’s the result of a partnership between Microsoft and Qualcomm. Microsoft reckons the chip will serve up ‘best-in-class graphics’.

It has a slightly larger display compared with the Surface Pro 7 at 13 inches. The Pro X is Microsoft’s thinnest Surface to date, so you won’t have too much trouble chucking it into a backpack. Like the Pro 7, it’s said to offer ‘all-day battery life’ that’ll keep you working on the morning commute and the journey home. 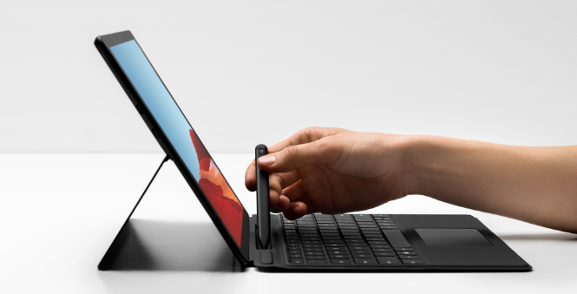 The surface Laptop 3 follows in the footsteps of its year-old predecessor. It’s described as ‘the everyday laptop’, sporting a lightweight design that makes it easy to carry around. It supports fast charging and ‘all-day battery life’, with Microsoft claiming that it’s twice as fast as previous generations of Surface Laptop.

Microsoft’s newest Surface Laptop is available in Sandstone (gold), black and Platinum (grey) with a metal finish or Platinum (grey) and Cobalt Blue (dark blue) with a fabric finish. 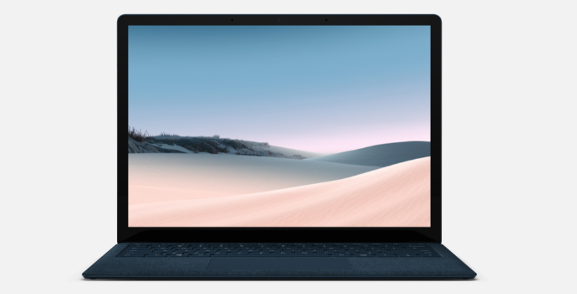 If you’re shopping for a laptop that’ll last all day long, make sure you consult our expert laptop reviews.

Back in 2017, Microsoft announced that it was ending the Windows Phone line-up as sales were dwindling. But two years later, the tech giant is having another crack at the smartphone market, this time embracing Android as its operating system of choice. 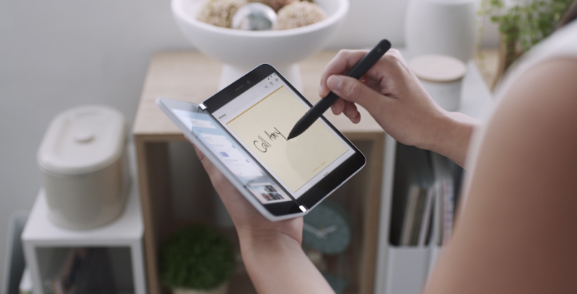 The Surface Duo is a foldable smartphone that consists of two 5.6-inch displays – it’s the first Surface product you can slide into your pocket. The hinge in the middle of the device means the two screens aren’t technically touching, but when the gadget is open in your hand it effectively expands to an 8.3-inch device.

The Neo is essentially a larger, tablet-sized version of the Surface Duo. It consists of a pair of 9-inch screens and a 360-degree hinge that lets you fold the displays back on themselves. 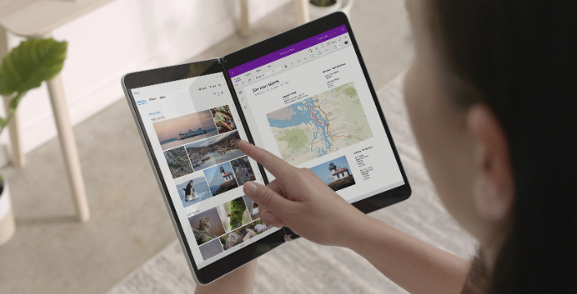 Microsoft hasn’t dished out too many details on the elusive Surface Neo yet. We do know you’ll be able to use it in various different ways. Reading mode just involves opening the Neo up like you would a book, with both screens capable of showing separate images. Alternatively, you can flip over the whole screen and use the Neo like a tablet, or use it on a desk and use one screen as a dedicated keyboard.

We expect the success of the Surface Neo will depend heavily on the price, and whether or not app makers can find genuinely useful ways to get both screens involved.

Apple has the AirPods, Samsung has the Galaxy Buds and Google has the Pixel Buds. Not wanting to be left out, Microsoft has unveiled the Surface Earbuds, its own wireless in-ear headphones that come bundled with a handy charging case.

The Surface Earbuds, which Microsoft is proudly labelling as ‘ultra-comfortable’, use swipe gestures to help you flick through your music library without pulling out your smartphone. You can tap to start and end calls, or swipe up or down to change the volume. Each bud uses four anchor points to lock into position in your ear, which means they’ll stay nice and snug even if you’re breaking a sweat on an afternoon jog. 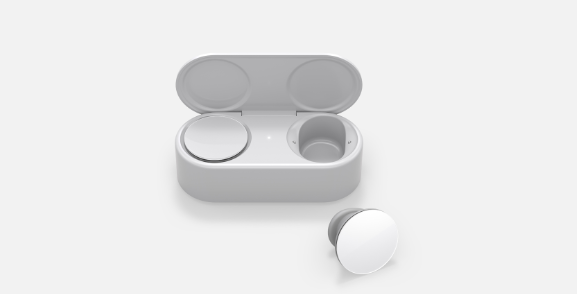 Don’t fancy waiting for the Surface Earbuds? See our expert advice on the best wireless headphones for 2019.