A blog post over on the WhatsApp website says the brand is looking to focus its efforts on ‘platforms the vast majority of people use’. As a result, certain Android and iOS Phones on old operating systems will stop supporting the app. Meanwhile, all Windows Phone users will be cut off.

Keep scrolling to find out if your smartphone is affected.

Browse all the best mobile phones from our tough tests.

Which phones will lose WhatsApp?

The good news is you’re unlikely to be affected unless your phone is at least six years old, and still running the following operating system:

WhatsApp has confirmed that features ‘may stop functioning at any time’ for the platforms it’s waving goodbye to.

If you own an older iPhone, you could be affected by the move. A message on the WhatsApp website explains: ‘If WhatsApp is currently active on your iOS 8 device, you’ll be able to use it until February 1, 2020.’ Devices set to be incompatible include the iPhone 5, iPhone 5c and iPhone 5s.

Once February 2020 rolls around, Android users running versions 2.3.7 or older will also lose WhatsApp. From February, you won’t be able to create a new account with the service or log in to an existing account that worked in 2019.

If you’re still not sure if you’re affected, it’s fairly easy to find your operating system version in your phone’s settings. If there is a search option, use this to search for ‘operating system’. Otherwise, while it varies from phone to phone, here’s where you’ll generally expect to find the information:

If you own a phone that’s affected by the announcement, or more generally if your phone is more than a few years old, there could be additional concerns outside losing key apps like WhatsApp. Android phones get updates from Google for a finite period of time after release. This varies, but is typically for two to three years. Apple iPhones tend to get updates for longer – typically around five years.

As well as new features and improvements, updates also include important security fixes to protect against malware, malicious apps and other threats. When this support ends, a mobile phone is more vulnerable to hackers.

While you might be reluctant to throw away and replace a working device, it’s also important to consider the risks if you continue using it. Fortunately, there are plenty of phones in the budget price bracket that are extremely capable, and worth considering for an upgrade. 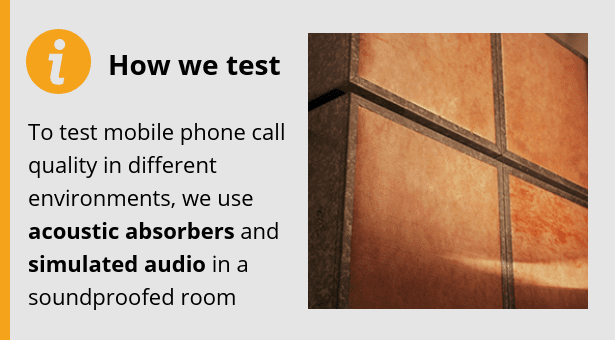 If your current phone is so old that it’s no longer receiving updates, you might want to treat yourself to an upgrade.

Below, we’ve rounded up a selection of cheap Android smartphones. Head through to our full reviews to see how they performed in the Which? test lab.

The Galaxy A10 is proof that you don’t need to spend big for a big-name brand. It has a large display and comes with 32GB of internal storage out of the box, but a micro-SD card slot lets you add more space if you’re running low.

If you just want the basics it could be ideal – there’s even a setting called Easy Mode that can declutter your homescreen and make icons bigger and easier to select.

Can you really get yourself a capable smartphone for less than £150? See how this Samsung model scores with our Samsung Galaxy A10 review.

This affordable smartphone from Realme isn’t available in many physical shops, so you’ll probably have to head online to grab one. It’s worth considering if you want a big-screen Android smartphone.

The Realme 5 Pro has a near bezel-less design and a waterdrop-style selfie camera. There are another four cameras on the back of the phone. Sat alongside the main 48Mp camera is an 8Mp wide-angle lens, 2Mp portrait lens and 2Mp macro lens for close-up shots.

Is this sub-£200 smartphone a capable Best Buy? Head over to our full Realme 5 Pro review for the answer.

There are plenty more budget phones to choose from in our guide to the best cheap mobile phones.

If you’re willing to spend a bit more, some of today’s mid-range models come packed with features, that in some cases can rival flagships.

Motorola is still churning out affordable, feature-packed smartphones. Designed with photography in mind, the Motorola One Zoom sports a 48Mp wide-angle lens, which is good news if you enjoy taking panoramic shots.

The Motorola One Zoom supports fast charging (good if you need a quick charge-up before heading out) and uses a fingerprint sensor and face unlock to secure your phone.

Motorola claims the One Zoom will last you ‘up to two days’ on a single charge, but do our lab tests agree? Have a look at our Motorola One Zoom review.

With established brands including Apple, Motorola and Samsung in its sights, Chinese manufacturer Oppo has bought premium specs to its affordable Reno2.

The stylish Oppo Reno2 has a hefty 6.5-inch display, which stretches to all corners of the phone. The selfie camera is hidden by default and pops up when you open the camera app.

Can this Oppo mobile hold its own against similarly priced rivals from Apple and Samsung? Our Oppo reno2 review has more.

Our guide to the best mid-range mobiles has plenty more food for thought.