The Silvercrest Multi-Functional pressure cooker is the latest gadget to hit the ‘middle of Lidl’, launching in stores on Sunday 5 January.

Retailing at £59.99, this multi-cooker promises several cooking functions in one appliance: a pressure cooker, slow cooker, rice cooker and steamer. But how does it compare with the biggest name in the pressure cooker market – the Instant Pot?

We don’t expect Lidl’s multi-cooker to be available in stores for long. Head to our round-up of the best electric pressure cookers we’ve tested to see whether it’s worth dashing out to scoop one up, or whether you’d be better off choosing another model.

On paper at least, the Silvercrest cooker gives Instant Pot a run for its money. Its £59.99 price is a lot cheaper than the Instant Pot, putting it in the same bracket as Argos’s own-brand model and High Street TV’s Pressure King Pro. You also get a lot for the money. In fact, Lidl’s version comes with more accessories included than the Instant Pot and a longer warranty period, too.

Don’t rule out the Instant Pot, though. The extra pre-set programs might come in handy for those who like a more hands-off approach to cooking.

Plus, the Instant Pot’s 24-hour delay timer gives you longer than most to set up your meals in advance. You could set it so it begins to cook as soon as you come home from work, for example, or to kick in early in the morning for a perfect breakfast.

But the most important thing to know is how well the two pressure cookers will actually cook your food. We’ve had a look at both, cooking a risotto, casserole, steamed veg and even a crème brulée in the Instant Pot, and curry, chilli con carne and rice pudding in the Silvercrest.

Read how the results turned out in our pressure cooker round-up.

Why buy an electric pressure cooker? 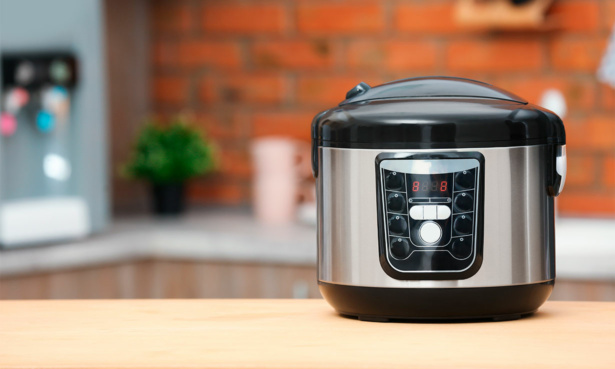 Since the Instant Pot first launched in 2010, electric pressure cookers – once a 1990s worktop phenomenon – have had a resurgence, taking the internet by storm. And 10 years later, the Instant Pot is still going strong. Cheaper brands have since launched their own multi-cookers to tempt you to part with your cash. But do you need one in your kitchen?

Whichever brand you buy, there are benefits to using a pressure cooker:

However, there are downsides too. Electric pressure cookers are huge and heavy appliances, so they may need a permanent home on your probably already-crowded worktop. And despite many features that make them easy to use, they’re not exactly ‘set and forget’. Unless you buy a high-end cooker such as the Sage Fast Slow Pro (£119), you’ll have to get used to releasing the pressure when your meal is ready.

See our guide to buying a pressure cooker to learn more.

If you don’t need all the functionality of a multi-cooker, you could opt for a slow cooker or soup maker instead.

Also on sale at Lidl

The Silvercrest multi-cooker isn’t the only product to hit the middle aisles this month.

Other offers include a Sharp microwave (typically retailing at £79.99, Lidl price £49.99) and a Lidl own-brand Silvercrest Muti-Function Food Processor for £49.99.

If you can’t get to Lidl in time, see the best microwaves and best food processors we’ve tested to find a bargain Best Buy elsewhere.