It’s likely that you or someone you know has had a computer hit with malware at some point. There’s a lot of it out there – our lab captures 400,000 malicious software files every day.

Some threats are on the decline, such as ransomware, but new threats are emerging, such as malware that uses your computer to mine for cryptocurrency or click on online ads to make them look more popular.

Fortunately there are plenty of options to safeguard your PC, not least Windows Defender, which comes as standard with Windows 10. But is it really secure enough to combat modern malware, or are alternative free and paid packages a safer bet? Our latest antivirus tests for 2020, for both PC and Mac, have all the answers.

The best antivirus software will zap all threats without breaking a sweat. 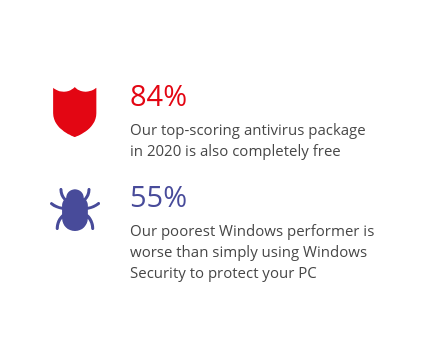 There has always been a big question mark hanging over Windows Defender (part of what’s now called Windows Security) and whether it’s enough to keep your computer safe. Our tests show that in some circumstances, it’s an effective partner for keeping you safe online, but in others there’s need for improvement.

First, the good: Its Smart Screen technology is very effective at blocking malware that tries to start running on your computer. There is a caveat to this, though; it’s only effective when your computer has an internet connection because it sends tiny fingerprints of suspect programs to an online service to see if it matches known threats. Without an internet connection, it can’t do this and therefore doesn’t have much to go on when choosing whether to block a program.

It’s also effective at blocking phishing attacks, although only in the Edge web browser. If you use another browser, you won’t get the added protection of Windows’ own phishing protection if you happen to end up on a scam website trying to steal your data. All the most popular browsers do have some form of phishing protection built-in, but we’ve found it to be a mixed bag, with most built-in protection being comprehensively out-performed by our best antivirus software packages.

Our review of Windows 10 Defender has all the details, and if you suspect you’re not getting the level of protection you need, there are plenty of free and paid-for alternatives that have next to no impact on the speed of your computer and will provide additional protection.

Free and paid-for antivirus for 2020 on test

Avira offers both free and paid services for PC, and a paid-for antivirus solution for Mac computers. This German brand might not be as well-known as some of its rivals, but it often punches above its weight in our tests.

Find out whether Avira successfully took on the big brands in 2020 with our Avira Antivirus reviews.

Bitdefender is one of the biggest antivirus engines in the world, powering a range of different packages alongside Bitdefender’s own. You can get the paid-for Bitdefender Internet Security package, or the free software. Just like Kaspersky, Bitdefender covers Macs, too.

Find out what we think of Bitdefender’s antivirus packages.

Norton, which has rebranded to Norton Lifelock, is a well-known antivirus brand. It doesn’t offer a free antivirus service, instead it markets its 360 Security Deluxe package for both PC and Mac users. It isn’t the cheapest software to buy, so make sure you shop around for the best deal.

Our Norton Security Deluxe reviews give you the comprehensive verdict.

McAfee offers a premium, Total Protection antivirus software, but we test the more affordable McAfee Antivirus Plus package, enabling you to protect up to 10 devices. Several internet service providers offer discounts on McAfee software, including Sky and Plusnet.

In total we’ve tested 23 new Windows antivirus packages for 2020, so there’s plenty to choose from when looking for a package tailored to your needs. You’ll also find software from Avast, AVG, and BullGuard. 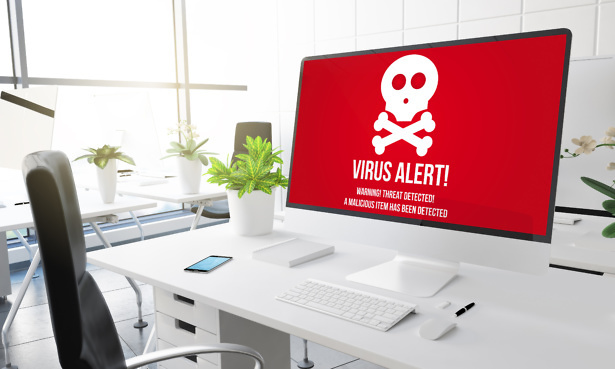 Our antivirus test is seriously tough. Around the world we operate what is called ‘honeypots’ – think of these like digital fishing nets designed to capture thousands of strains of murky malware and viruses. Our honeypots capture up to 400,000 files every day, adding up to 146 million infected files over a year.

Each package is hit with more than 10,000 samples of malware, including more than 700 samples of ransomware. We assess how well the packages deal with the threats while the computer is online and offline, too.

We penalise antivirus packages that pester you with messages, or wrongly zap a file that you actually want to use. Plus, we test every single menu, control and feature to ensure that a package is simple to install and use – and to uninstall should you want to switch.

Antivirus software reviews – browse all the PC and Apple Mac packages from our latest tests.