Not one to put all its eggs in one basket, Hisense announced a slew of new TVs at CES 2020, but Panasonic held back and only unveiled its flagship HZ2000 OLED.

Panasonic is still a force to be reckoned with in the TV market, even if it has lost ground to LG and Samsung in recent years, while Hisense as an up-and-comer is quite the opposite.

Hisense may not be a household name here, but at its press conference on 6 January it proudly announced it was the number one TV brand in Australia and Japan in 2019.

Although CES is a TV-focused show, Panasonic had a lot more talk about, but we expect it to announce more about its 2020 ranges of TVs in the very near future.

See how Hisense’s and Panasonic’s TVs have performed in our testing lab. 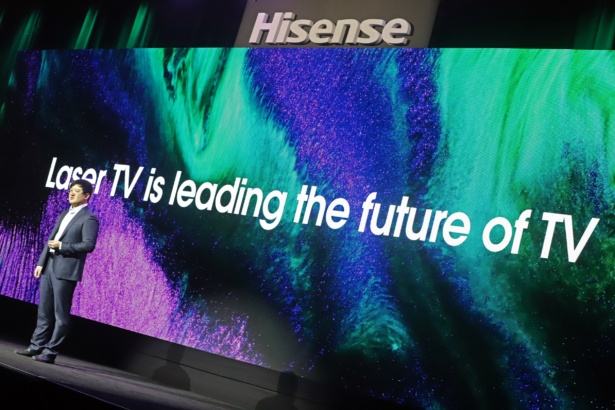 Hisense started its presentation with its Laser TV, which is actually more of a short throw projector (common in more serious home cinema setups) than a conventional telly, but it does still have a screen; a 100-inch one to be exact. It is just a screen however: all the components in charge of producing the picture are in the projector unit that sits just below and slightly away from where the screen is mounted, unlike a cinema projector, which needs to be much further away from the screen.

Colour was the centrepiece of the Laser TV demonstration. Hisense claimed its new models could display 98% of the colours that the human eye can see, and would become the ultimate standard in colour.

There is a 75 and 100-inch model coming in 2020. For the first time, these Laser TVs will have speakers in the screen arranged in a honeycomb structure that Hisense says makes the sound clearer and more accurate.

Having a short throw projector means the screen on the wall is lighter and thinner, but regardless of where the majority of components are there’s still a massive screen mounted on your wall. Hisense obviously saw this as a potential issue for buyers too and announced the first self-rising Laser TV.

The screen lifts out of the base which houses the projector unit, so you can completely hide the screen from view when you aren’t watching it. 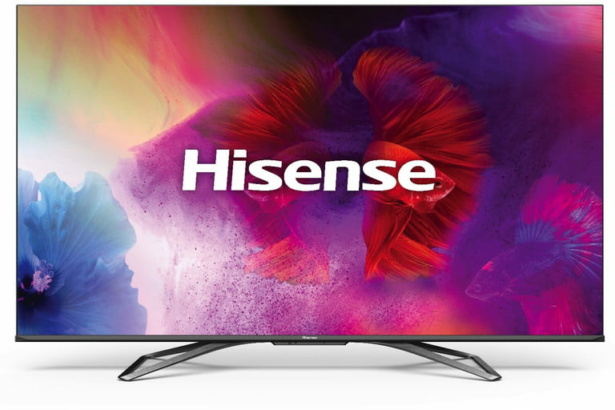 Back to more conventional TVs now. The H9G combines Hisense’s ULED technology, which is a collective term for several picture-boosting features, and quantum dots, which Samsung uses for the screens in its high-end sets. The quantum dots still need a backlight to work, unlike OLEDs, but are said to produce more vibrant colours.

Hisense has upped the number of dimming zones, so contrast should look better than ever as the TVs have more control over what parts of the scene are lit. Dolby Vision HDR will help with contrast, too, as it can adjust it to suit each scene, which is something the more basic formats, such as HDR10, can’t.

The H8G series will also benefit from quantum dot screen technology, but doesn’t have the same number of dimming zones or peak brightness levels as the H9G.

The Hisense XD9G is something entirely new. It’s an LCD TV, which is far from new, but it layers two liquid crystal (LC in LCD) modules on top of each other, for what Hisense describes as OLED-rivaling black levels.

More exciting than that is the price. Hisense says its dual-cell TVs will be cheaper than comparable OLED displays. With some OLEDs launching at close to £1,500 this would mean these presumably high-end sets would be cheap indeed.

There’s more to a TV than black levels though; we’re interested to see whether having an extra layer of liquid crystals does anything to boost colour and peak brightness. It could mean the dual-cell TVs are expensive to run, too.

Hisense TVs are often tantalisingly cheap – see how its 2019 models fared in our tests, including its first OLED. 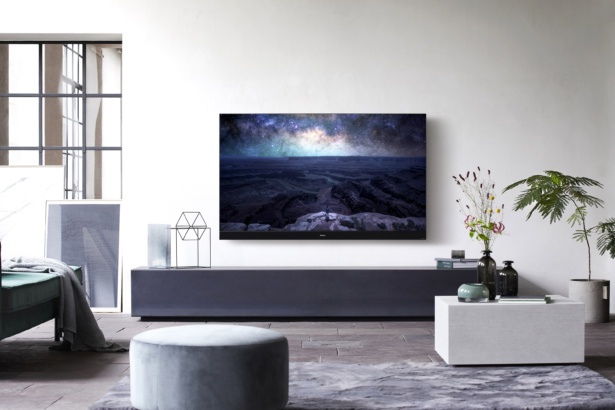 Panasonic aims its high-end TVs at people who love to tweak the picture. They are for people who understand what the many settings mean and are happy to drill down into the granular menus and fine tune every aspect to get that perfect picture. Keen users will even be able to adjust the picture when Dolby Vision HDR is being utilised; it’s the first time this has been possible.

It’s an admirable offer for those who want maximum control over how their TV looks, but not everyone does. For those people Panasonic is promising cinema-quality picture without the fuss.

It supports Dolby Vision IQ and Filmmaker mode. The former improves picture based on the ambient light in the room, while the latter removes post-processing effects, such as motion smoothing, to display films as the creators intended. No input is required from the user here, the clever technology takes the reins and improves the picture for you.

An OLED but brighter

If backlit TVs have one advantage over OLEDs it’s with how bright the displays are. Having a layer of bulbs means you get more nits (the measurement of brightness in displays), but the trade-off is usually poorer contrast. Panasonic has managed to up the brightness of its custom OLED displays so they can output 20% more light than rival models.

See what we thought of Panasonic’s OLED TVs in 2019.