First-time buyers with a 5% deposit are benefiting from greater choice and cheaper mortgage deals.

Fierce competition between lenders has seen rates on both two and five-year fixed-rate mortgages fall in cost over the last year.

Here, Which? explains how to secure a great mortgage deal with a small deposit and offers advice on choosing between a two and five-year fix.

Research by Moneyfacts shows that the average cost of two-year and five-year 95% loan-to-value mortgages has fallen significantly in the last 12 months.

This comes at a time when the number of 95% deals on the market has hit the highest level seen since May last year.

More good news could be on the way, too. Moneyfacts says that continued competition between lenders means these average rates might reduce even further.

Average rates only tell us part of the story, so we’ve crunched the numbers on the cheapest deals, too.

The market-leading two-year fix is now 0.08% cheaper than a year ago, while the cheapest five-year deal has fallen by an impressive 0.40% in 12 months.

The tables below show the cheapest initial rates currently available on 95% mortgages.

How much can you borrow on 95% mortgages?

When buying your first home, one of your biggest questions is likely to be ‘how much can I borrow?‘, and ultimately, the answer varies from lender to lender.

When we look at the top five-year fixes above, Bath and Hanley Economic will lend a maximum of 4.25 times your annual income, while Hinckley & Rugby limits lending to four times income.

These limits are all below the maximum of 4.5 times annual income used by many of the biggest banks, and the five times income offered by Barclays to first-time buyers earning £30,000 a year.

Many of the best 95% deals come from building societies rather than the big banks, who have either set higher rates or have steered clear from low-deposit lending.

Some smaller building societies set borrowing limits (as above) but others judge affordability on a case-by-case basis, which can make it easier for some to get a home loan, especially if you have inconsistent income or are self-employed.

If you’re wondering how much you might be able to borrow, it can be useful to take advice from a whole-of-market mortgage broker, who will be able to scour the entire range of products and providers out there to find you a suitable lender and deal. 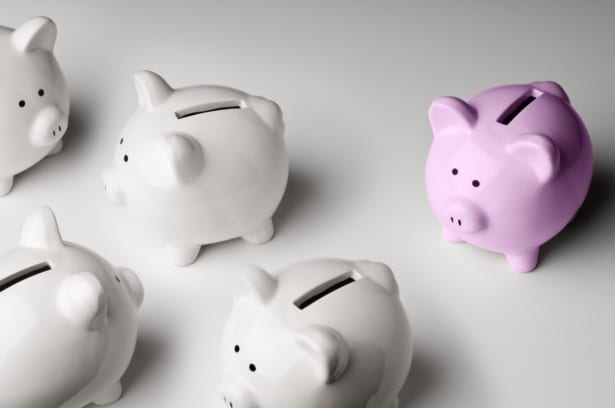 Should you fix for two or five years?

How long you should fix your mortgage for depends on your personal circumstances and appetite for risk, so there’s no right or wrong answer.

If you’re thinking of staying put for a while and want to lock in a cheap rate, five-year fixes look very attractive at the moment.

If you might be looking to move within a couple of years or want the freedom to switch deals regularly to ensure you’re on the cheapest rate, consider a two-year fix.

The big downside with five-year fixes (and longer seven, 10 and 15-year fixes) is they usually come with early repayment charges, which you’ll need to pay if you settle the mortgage during the introductory fixed term.

Can you save for longer?

95% mortgages are great value at the moment, but if you can save a little more you could potentially cut your costs significantly in the long run.

While some of the biggest lenders don’t compete at 95% loan-to-value, many are battling it out to offer the best rates at 90%.

At a glance: what to look for when comparing mortgages

For more tips, check out our guide on finding the best mortgage deals.

The best and worst mortgage lenders

We’ve spoken a lot about mortgage rates, but it’s also important to do your research on how well lenders compare for customer service.

That’s where we can help.

Our annual mortgage satisfaction scores are based on a survey of more than 3,500 members of the public, and take in everything from value for money to the flexibility of repayments.

You can find out who we crowned as Which? Recommended Providers in our guide on the best and worst mortgage lenders.