Ten years after unleashing the first ever Galaxy S series, Samsung has marked the occasion with its most competitive offering to date: a range of large-screen, camera-focused phones that aim to set a new premium standard.

The highly anticipated S20 series includes three new smartphones: the S20 (which comes as a 4G and 5G version), S20+ and S20 5G. One thing that’s missing from the new series is an affordable equivalent to the S10e (£669), which launched last year for a welcomed cheaper price than the other models.

It also announces the S20 Ultra – the jewel in the S20 crown, which you can read more about in our take on whether the S20 Ultra is the best camera phone around.

If you’re itching to get your hands on one, you’ll need to wait about a month because they won’t be available until Friday 13 March. Until then, we’ve got a rundown of everything you need to know about the S20s, from specifications to new features.

See what Samsung’s new phones are up against: browse all the best mobile phones from our tough tests.

Samsung Galaxy S10 vs S20: what do you get with the new range?

It shouldn’t be a shock to hear that the new Samsung S20 range won’t be cheap, so we want to know what new tech are you getting for the premium price?

While there isn’t a huge difference between the S20 and the S10, Samsung does make a few key tweaks to the new models that might make you consider an upgrade. 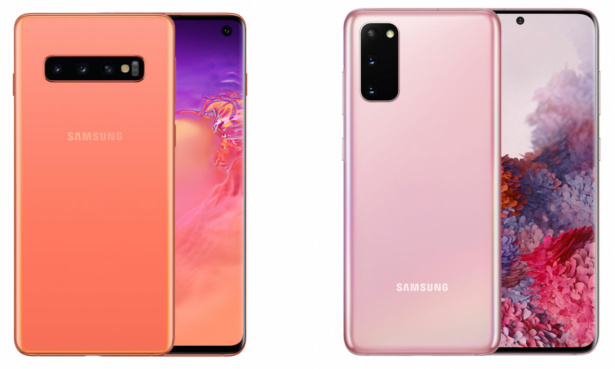 One of the biggest changes comes courtesy of the camera. Although both models have three rear cameras, the S20’s 64Mp goes far beyond the 12Mp equivalent lens on the Galaxy S10, which is an impressive jump. As well as upping the ante on megapixels, Samsung has made some improvements to the zoom functions, although the ultra-wide lens remains at 12MP.

The standard S20 is a 4G model, but for those who are ready to make the transition into the world of 5G, Samsung is offering the S20 5G as an alternative 5G-ready phone. Its specifications are the same but it’s a bit more future-proof with this connectivity, and it benefits from some of Samsung’s tailored 5G optimisations for better speed and less latency. 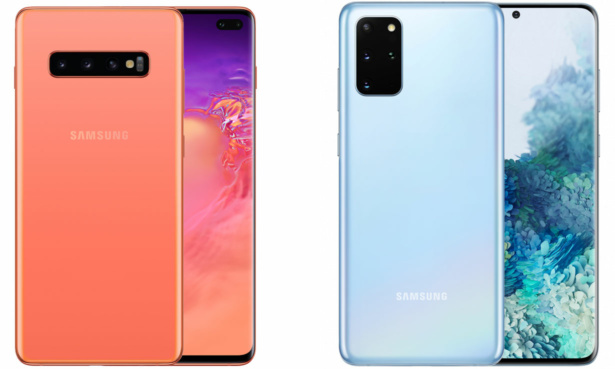 The ‘plus’ version of any smartphone can easily be interpreted as just the larger version of the standard model, but the S20+ is worth looking at in its own right.

As with the S20, the cameras on the S10+ are a big talking point on this phone. For starters, Samsung has stripped away one of its front cameras, so instead of two you’ll have a modest single lens 10Mp selfie camera. But on the back of the phone, it’s not quite as understated. The S20+ has four rear lenses: 64Mp telephoto lens, 12Mp ultra-wide angle, 12Mp wide-angle and a Time-of-Flight lens, which is designed to produce better pictures in Live Focus mode (otherwise known as portrait mode).

Just as with the S20, you’ll benefit from the improved zoom functionality on this phone, which is useful for taking distance shots. With its screen, the S20+ steps on the S10 5G’s toes, offering a 6.7-inch Quad HD+ Dynamic AMOLED display, which for some will be simply huge. That’ll give you 0.3 inches more than the S10, which is a pretty noticeable improvement. There’s an iterative upgrade on the battery, as you’ll get 4,500mAh with the S20+ compared with 4,100mAh on the S10+. But a larger battery doesn’t always guarantee better performance, so we’ll see how this model does when we put it to the test.

If you’re itching to find out all the details about this phone, our Samsung Galaxy S20+ review will give you the rundown. 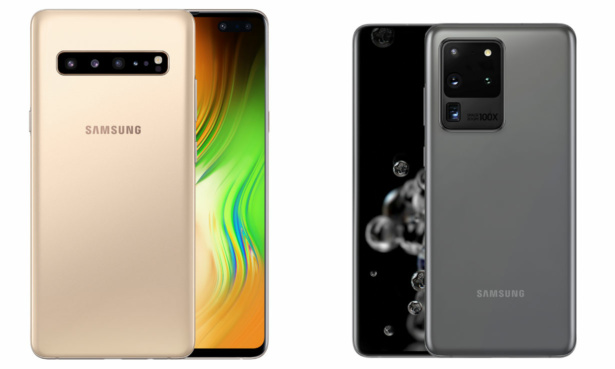 Of all the smartphones in the series, the model that delivers the biggest upgrades to its predecessor is the S20 Ultra. Taking the baton from the Samsung Galaxy S10 5G, which launched in 2019 as the highest-spec S10 smartphone, the S20 Ultra boasts some incredible features, especially where its cameras and display are concerned.

To start with, the S20 Ultra manages to pull off an unbelievably large 6.9-inch Quad HD+ Dynamic AMOLED display, making it one of the first smartphones in the UK to sport such a large screen. The 6.67-inch display on the OnePlus 7 Pro and 6.7-inch display on the S10 5G previously led the pack but this model goes that extra step further.

If you turn the phone on its rear, you’ll find an array of cameras to choose from, but perhaps the most dramatic is the 108Mp wide-angle lens, which is 9x the resolution of the S10 5G’s wide-angle camera. We’ve taken a deep dive into this model to find out whether the S20 Ultra is the ultimate camera smartphone, or you can read our Samsung Galaxy S20 Ultra review. 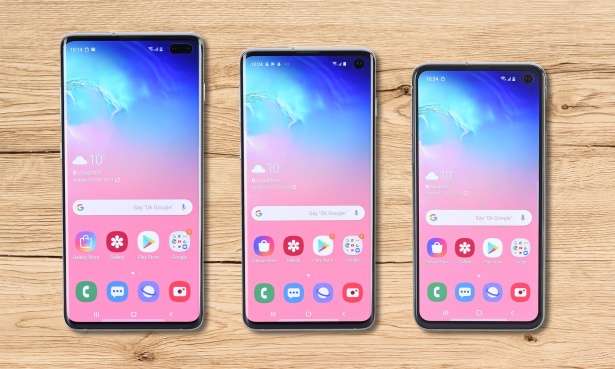 If you’re not convinced about shelling out for a new S20 based on the upgrades, but you’re still in the market for a new smartphone, this could be a good time to start your search.

When a brand launches a new line of phones, it’s common for the previous generation to drop in price. Samsung has already announced it will be reducing prices on the S10 range, so expect discounts to follow at other retailers.

We’ll be shopping around for discounts on the S10 range shortly after the S20 touches down on 13 March, so check back at Which.co.uk over the next few weeks to see some of the best deals.