As our second locked-down bank holiday weekend begins, a small army of budding DIY-ers are preparing to tackle home improvement tasks. But before you grab your screwdriver, find out which jobs experts recommend you don’t tackle yourself.

We’ve asked Which? Trusted Traders to tell us which botched DIY jobs they are most commonly called out to fix. Changing light fittings, wiring sockets and fixing leaks are among those that homeowners have unsuccessfully attempted, so you might be better off leaving them to a professional.

With any DIY task, what is reasonable for you to attempt will depend on your level of skill and experience.

Remember that any jobs involving gas appliances require a professional qualification to ensure that the appliance is safe – so you’ll need a qualified trader for these. Plus, some electrical jobs have to be inspected by the council if you don’t use a registered electrician, which we’d always recommend you do.

Read on to find out:

Keen to get stuck into some DIY over the bank holiday? See our list of seven DIY jobs you can do in a weekend – all are suitable for beginners, as well as DIY experts. 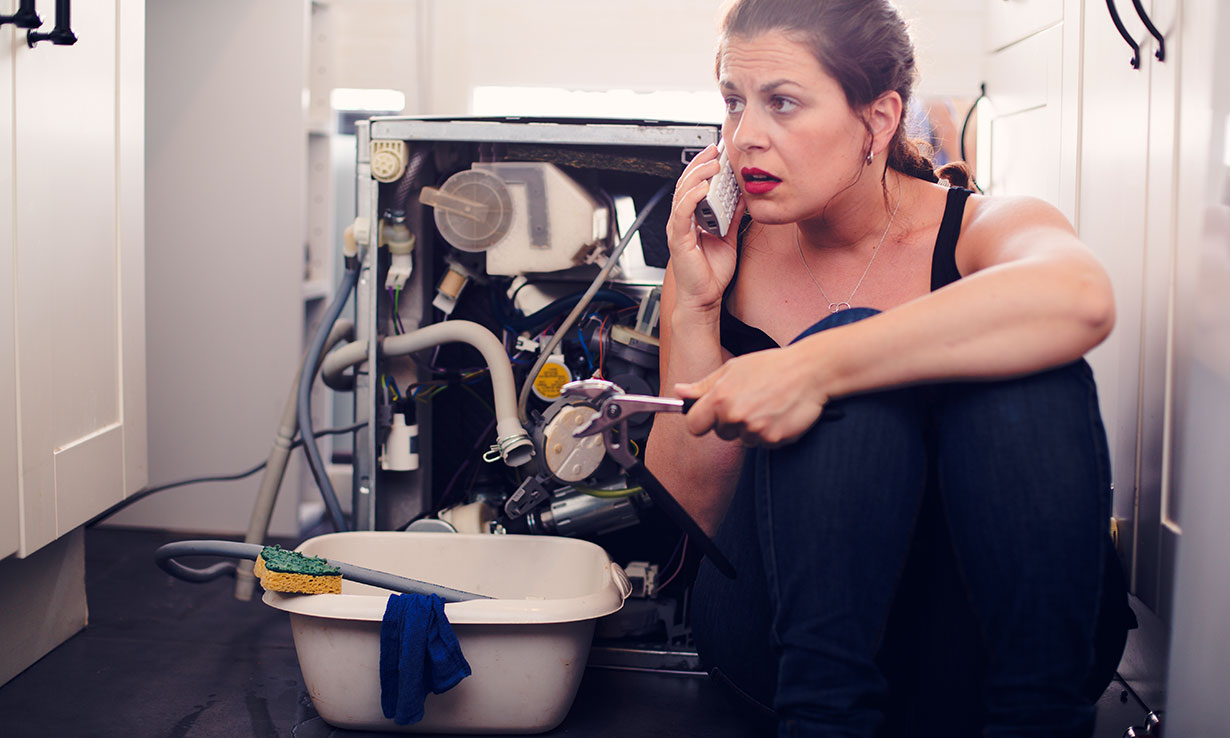 The DIY jobs to avoid

While it might be tempting to test your skills under lockdown and avoid a trader call out, you should always steer clear of jobs that should only be completed by qualified professionals (unless you are one).

Some electrical jobs have to be signed off by local authority building control, including installing a new circuit or replacing a fuse box, unless it’s done by a registered electrician who can sign off the work themselves.

We recommend you hire a registered electrician for all work that must comply with part-P regulations. If you don’t, you must tell building control first, pay a fee for an inspection and you can’t start the work until you get the go-ahead. 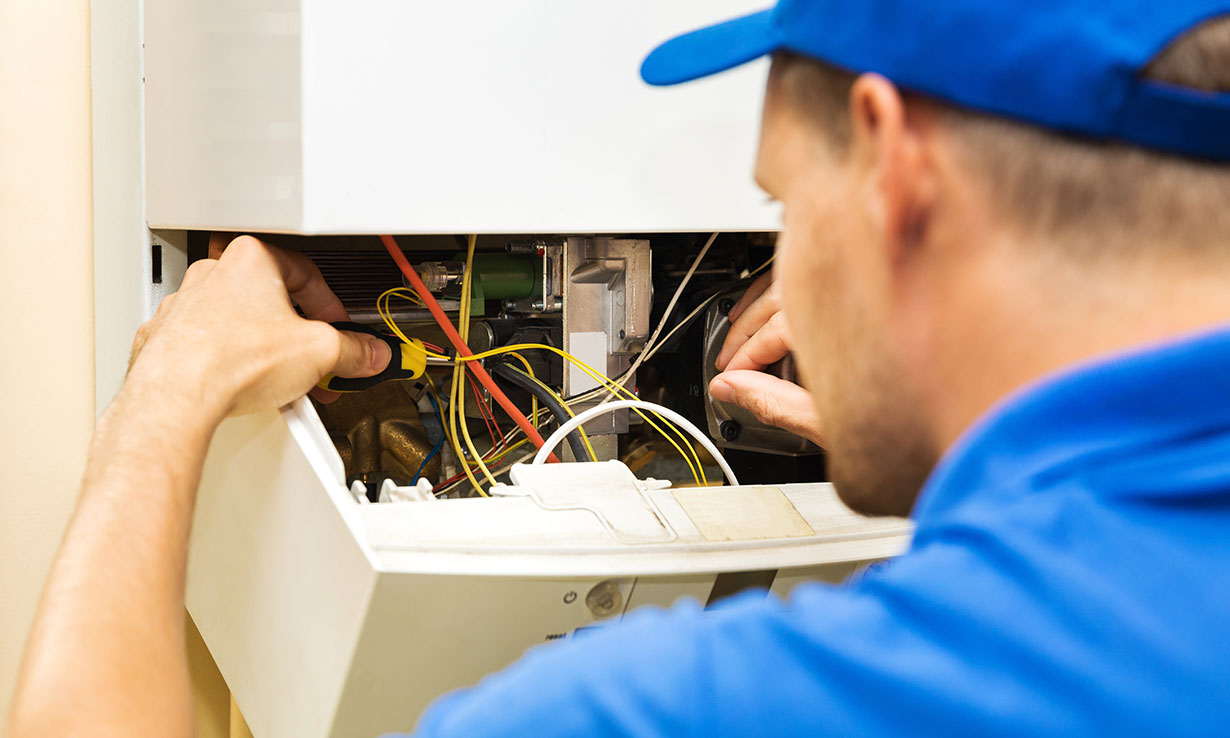 Similarly, any jobs involving gas should only be done by Gas Safe-registered engineers, so that you don’t put yourself or others at risk. All gas businesses must be on the Gas Safe register by law.

While plumbing jobs don’t usually have the potential for dangerous errors that electrical or gas work might, DIY plumbing mistakes could still leave you with injuries or cause flooding and water damage in your home.

Use Which? Trusted Traders to find a trader in your area. Bear in mind that some may not be working at the moment or may have limited capacity given lockdown.

What can you tackle if you have DIY experience?

Your confidence in your own DIY skills is a personal decision. While some would be more than capable of changing a washer on a tap, for others this could lead to DIY disaster.

The most commonly attempted electrical and plumbing DIY jobs were changing sockets and switches, replacing light fittings and replacing taps, according to our survey of 3,885 Which? members in April 2019.

Online survey of 3,885 Which? members in April 2019. Tasks only included where more than 30% said they had attempted them.

Fixing a leak was the most common plumbing job traders had been called out to fix after a customer had a go and ran into trouble. Plumbing in appliances (such as dishwashers and washing machines) is another area where householders routinely end up needing professional assistance to finish the job.

Be realistic about what you’re able to do without professional help. Replacing a light fitting and changing/installing sockets and switches are also the most common electrical jobs Which? Trusted Traders said they have been called out to fix after a failed DIY attempt (online survey of 225 Which? Trusted Traders in April 2019).

Online survey of 255 Which? Trusted Traders in April 2019. Only DIY jobs that more than half of relevant traders reported having to fix are included.Other repairs attempted by homeowners – but that the Trusted Traders surveyed had been called out to fix include: 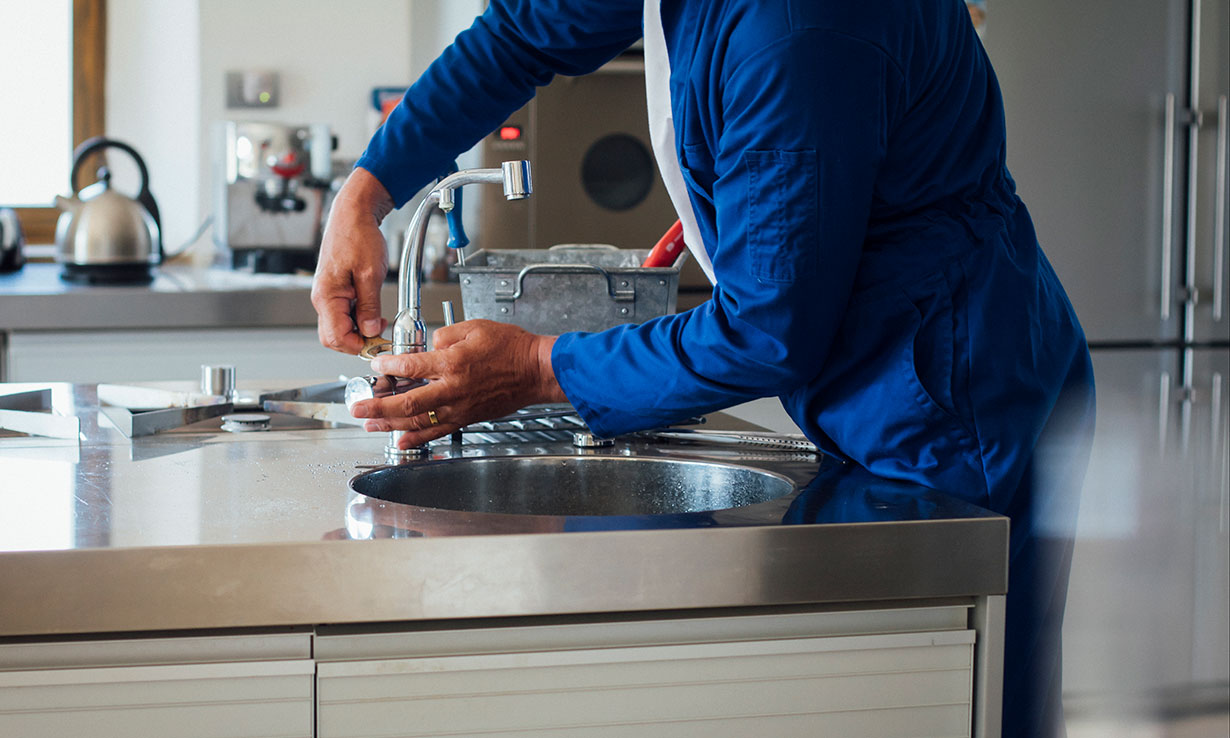 Bear in mind that if you have a go and it goes wrong, you may find it harder than usual to get a trader to come and fix it. Owing to social distancing, some traders are not working or offering limited services.

Just 17% said that they would fix DIY householders’ mistakes as an emergency job.

Stick to what you’re comfortable doing and check that you have the materials and equipment to finish the job before you start work.

Allow yourself more time than you think to complete your project – tasks often turn out to be fiddly or have unexpected complications.

Jobs that most should be able to do include:

But it’s still important only to attempt jobs you have the skill and experience to take on. Always read the manufacturer’s instructions on materials and tools before use. 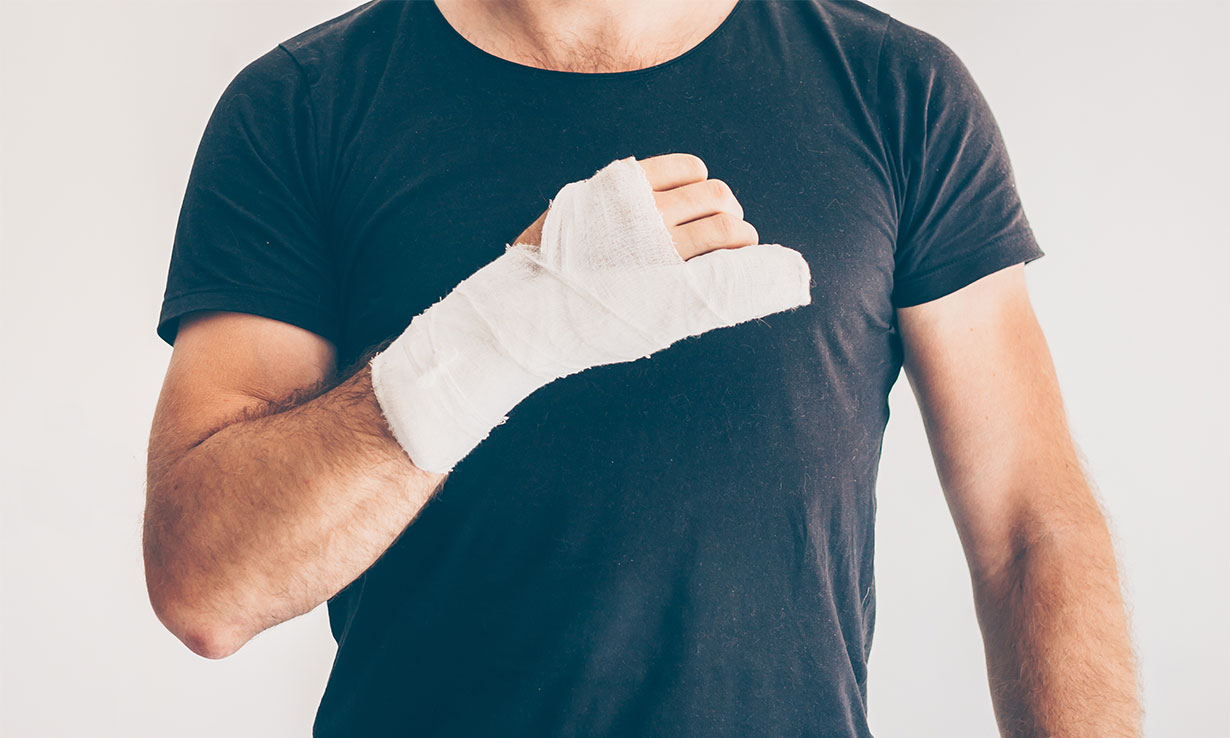 How to stay safe when doing DIY

First, don’t attempt anything you’re not confident that you’ll be able to complete. Now is not the time to venture into uncharted DIY territory. You risk damaging your home and yourself.

Make sure you have the necessary protective kit for the tasks you’re attempting, for example:

Take care when laying dust sheets so that they won’t result in a slip or trip, and make sure you know exactly where wires, gas and water pipes are before you take a hammer or drill to a wall.

If your DIY attempt was to go awry, would your home insurance cover it? Accidental damage has been responsible for 29% of past claims made by homeowners on their home insurance, according to Compare The Market (online survey of 2,000 UK adults by Populus between 15-16 April 2020).

Find out more about home insurance, including accidental damage cover. 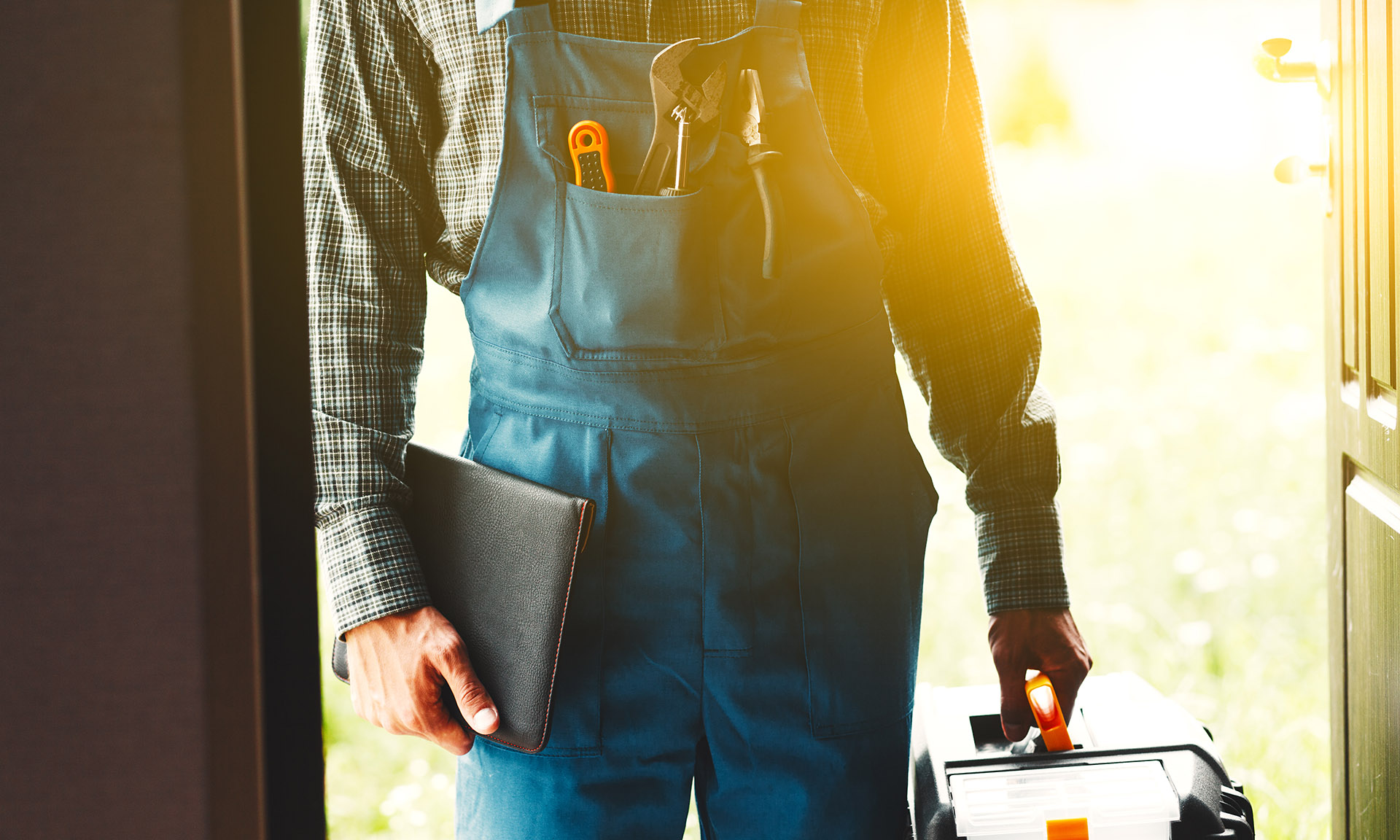 Are traders allowed to work during the lockdown?

Yes. According to government advice, traders are permitted to continue working as long as they can maintain social distance while they work.

They must be well (not displaying any coronavirus symptoms), as must all of the people living in the home where the work would take place.

Traders should not enter households that are isolating or contain an individual who is being shielded, unless the work is essential to the safety of the people living there. Essential work could include emergency plumbing or repairs.

Whether work can go ahead will ultimately depend on whether the individual trader is willing to do it. With traders focusing on emergency works and social distancing restrictions, bear in mind that it might take longer to find an available trader or for them to complete the job.

Find out more about home improvements during lockdown.