Apple dubbed the first-generation iPhone SE the ‘the most powerful four-inch phone ever’ when it launched in March 2016. This popular compact device has made a comeback in 2020, but with a few nips and tucks.

The original iPhone SE was discontinued in September 2018 to the dismay of Apple fans.

The SE was a staple ‘affordable’ smartphone for iOS loyalists that boasted powerful internals, but in a compact design that became a thing of the past after the launch of the bigger iPhone 6.

The SE 2020 adopts a similar form factor to the original, but slightly bigger from its body to its display, with higher-resolution cameras and a far superior processor.

However, it’s not the only ‘cheap’ iPhone on the market. The iPhone 7 and 8 have been through some significant price drops since launch, so could one of these prove a better bet? We compare them below.

See our picks of the top five smartphones for 2020.

Cheap iPhones face off: iPhone SE vs iPhone 7 vs iPhone 8

At £419, the new iPhone SE 2020 seems like a reasonably priced mid-range option. But since hitting the market in 2016 for £599, the flagship iPhone 7 is slowly falling into budget territory, with a current price of £299 that makes it a very attractive choice.

The iPhone 8 (which was launched at £699) was discontinued earlier this year when Apple released the new SE, and as such it’s not so easy to get hold of brand new. But that hasn’t slowed down the second-hand market and you can now find this phone for £258 via Amazon Renewed. We compare the ‘affordable’ trio to help you decide which phone to spend your cash on.

All three models start out neck and neck as they have an identical display. The iPhone SE, 7 and 8 sport a 4.7-inch Retina HD display (1,334 x 750 pixels) with a maximum brightness of 625 nits – this tells us how bright the display can be, with displays above 500 nits considered to have impressive brightness. The only slight difference between them is that the iPhone 7 has a marginally higher screen-to-body ratio of 65.6% compared with the SE and 8’s 65.4%. 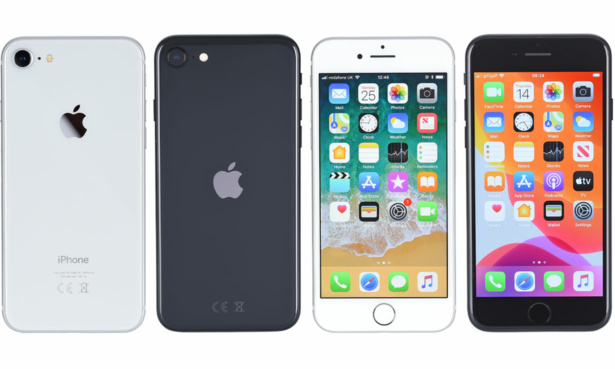 Some differences start to appear here, as the iPhone 7 has the biggest battery of the trio (1,960mAh). However, it’s worth noting that its battery is far smaller than what we see on other cheaper smartphones such as the Motorola moto g7 power and Oppo A5 2020, which have 5000mAh batteries. Both the iPhone SE and iPhone have a 1,821mAh battery.

While its battery is slightly bigger, the iPhone 7 doesn’t have wireless charging or Fast Charging functionality that both the SE and 8 do, so if you enjoy using those features, the difference in battery size isn’t enough to choose the iPhone 7.

Again, all three models are eerily similar in their camera specs. They all have a single 12Mp rear camera and a 7Mp selfie camera. Everything down to the aperture of both lenses is the same on all the phones – f/1.8 on the rear lens and f/2.2 on the front.

The iPhone SE has an unfair advantage because as with most smartphones, the newest phones get the most powerful processors. The iPhone SE has Apple’s latest A13 Bionic processor, also used in the Apple iPhone 11 series, while the other two phone’s processors show their age – the iPhone 7 has the A10 Fusion chipset and the iPhone 8 has the A11 Bionic.

If you want the latest in innovation with the most powerful chipset, the iPhone SE is the clear choice. 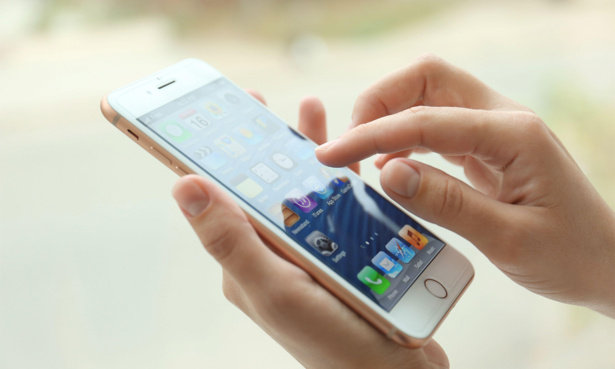 There aren’t huge differences in their designs as all of the models have a glass front and aluminium frame. However, the iPhone 7 has an aluminium back while the other two models have a more premium glass back, although if you plan to stick a case on your phone, this won’t be a dealbreaker for you. Physical dimensions are almost identical, too, although the iPhone 7 is fractionally thinner than the other two at 7.1mm compared with 7.3mm.

Otherwise, there’s very little that separates these three smartphones. They all have IP67 certification, so are dust and water-resistant (up to 1 metre for a maximum of 30 minutes). They’re all compatible with ApplePay and all use a fingerprint sensor for security as none of them have facial recognition. They are also all compatible with iOS 13, so you’re getting the same software experience on all of them.

Which cheap iPhone should I buy?

All three of these phones are incredibly similar in specs but as expected, the iPhone SE edges to victory thanks to Apple’s innovation since the launch of the other two. If you want the latest camera technology, charging features and most powerful processor, it’s a definite winner. But if you’re choosing between the three and are more concerned with getting the best Sim-free deal, the iPhone 7 is the better choice.

If you don’t want to go Sim-free, here are the best contract deals available for the iPhone SE, iPhone 7 and iPhone 8.

The best contract deals on the iPhone SE are for 24 months.

The best contract deals on the iPhone 7 are for 24 months.

The best contract deals on the iPhone 8 are for 12 months.

How long will Apple continue to support the iPhone 8?

An important consideration when buying a mobile phone, especially one that has been on the market for a while, is how long the manufacturer will continue to provide it with security updates. Security updates are patches provided to equip your phone with important protection against new security threats, such as new strains of malware.

Apple is typically very good at supporting its mobile phones, as they usually receive security updates for five to six years. By comparison, many Android devices are updated for just two to three years.

If you have a phone that’s no longer receiving updates, there are ways that you can keep yourself safe while using it. Our guide on mobile phone security tells you how.

Is it time to consider an Android phone? 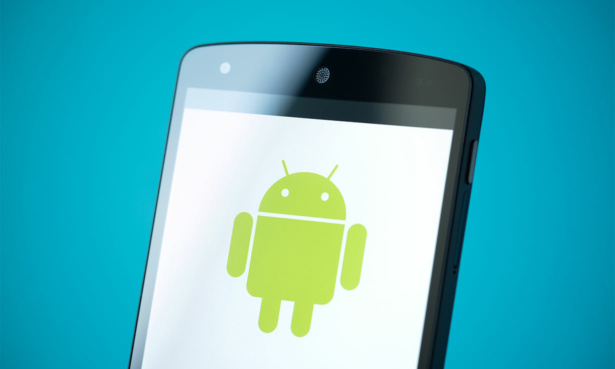 While its update policy is certainly impressive, Apple products can often be significantly more expensive than their Android counterparts. For the price of the iPhone SE, there are Android smartphones that have four times as many cameras and much bigger displays.

We’ve shortlisted a few models that go toe-to-toe with the new Apple smartphone in price but outdo it in specs.

OnePlus has faithfully dedicated itself to serving the mid-range smartphone market and the 7T is a great option that has a bit of everything. A big 6.5-inch Full HD+ screen, three rear cameras and a sizeable 3,800mAh battery, all for less than £430.

Not only does the Reno2 have an incredibly large 6.5-inch display with a 87.5% screen-to-body ratio, but it also boasts a quadruple rear camera array. All of that with 256GB of storage on the standard device, this phone is an easy sell.

We’ve all seen the Samsung ad for the A71’s ‘awesome’ screen, cameras and battery, all of which compete with the iPhone SE’s offering. Its mammoth 6.7-inch Full HD+ display (2,400 x 1,080 pixels) is far bigger than the 4.7-inch display on the SE and its main rear camera is a 64Mp wide-angle lens that’s 5x the resolution of the lens on its Apple competitor.