Whitby in North Yorkshire is the UK’s most sought-after seaside town for homebuyers, according to a new report.

Analysis by the property portal Rightmove found an increasing number of buyers are now looking to purchase properties in coastal areas, resulting in a spike in demand for homes in the most popular seaside towns.

Here, Which? takes a look at the most popular coastal areas and examine the towns that might offer the best value for buyers.

The most in-demand seaside towns

Rightmove assessed buyer demand and available housing stock in coastal towns around the UK, and found Whitby in North Yorkshire and Whitley Bay in Northumberland came out on top.

Whitby has long been a popular destination for holiday homes, but estate agents are reporting a surge in interest from families and investors looking for new properties.

Nick Henderson of Hendersons estate agents in Whitby says: ‘Since we reopened a few weeks ago, we’ve been selling bigger homes a lot more quickly than before, as families are changing the way they live and are swapping a ten-minute commute into the office for a ten-minute walk to the beach.’ 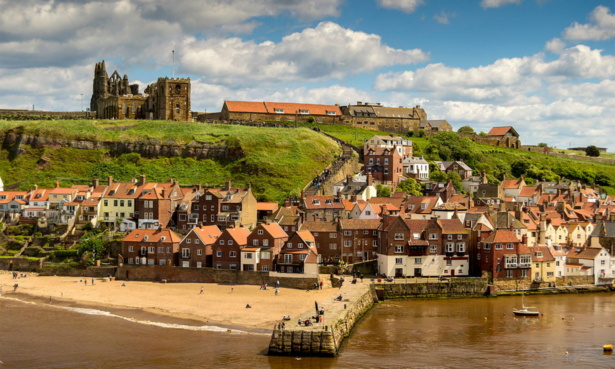 Whitley Bay near Newcastle is primarily known for the Spanish City, a famous pleasure beach and funfair that drew visitors for decades before closing in 2000.

The area has undergone significant regeneration in recent years, with highly-rated beaches and schools seeing young families flock to the area and the average asking price rising to £263,000.

Susan Usher of Your Move estate agents in Whitley Bay says: ‘Since the market reopened we’ve had an increase in people looking to move from places like York and the south, as well as house hunters considering an apartment they can buy as a second home’. 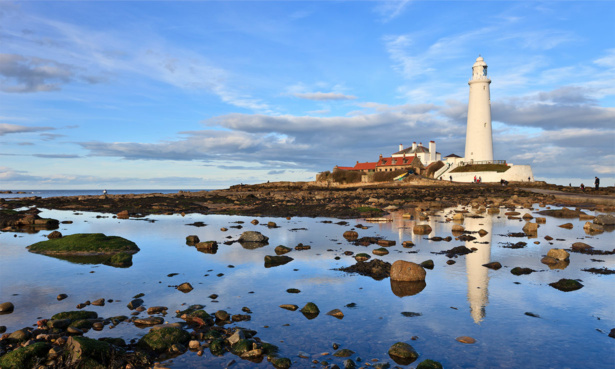 Troon in Ayrshire is conveniently located for the cities of Ayr and Glasgow, and is most famous for the Royal Troon Golf Club, which has hosted the Open Championship tournament nine times.

The average asking price in Troon stands at a very affordable £165,000, though it has increased by more than 4% in the past year. 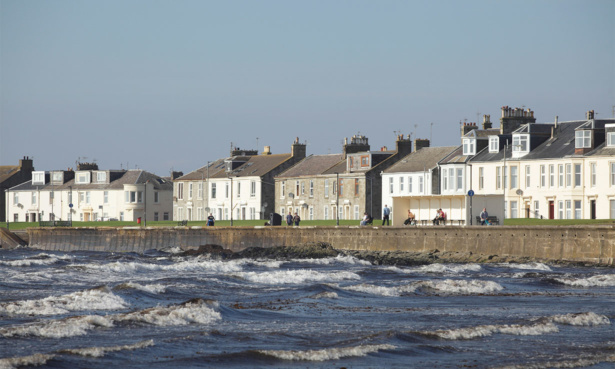 The table below shows the top 10 most in-demand seaside towns in the UK, according to Rightmove’s analysis.

Cheapest and most expensive seaside towns

The gap between the cheapest and most expensive coastal towns is more than a million pounds, so there’s value out there for all budgets.

The cheapest coastal town is Newbiggin-by-the-Sea, in Northumberland (pictured below).

The average asking price here is just under £110,000, though values have increased by 9% in the past 12 months. 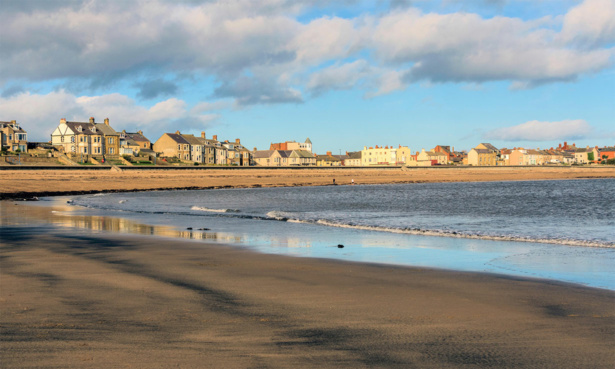 The cheapest seaside towns tend to be in the North of England and Scotland, as shown in the table below.

At the other end of the scale, Sandbanks in Dorset (pictured below) is the most expensive coastal town to buy a home.

The Poole landmark is a haven for millionaire footballers and comes with an average asking price of £1.24 million – though this is 1% down on a year ago. 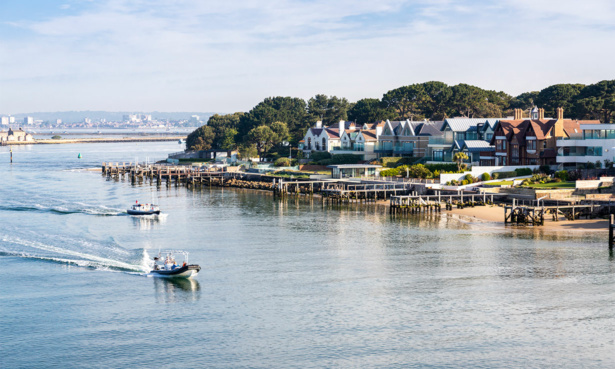 The only other seaside area with asking prices above a million pounds is nearby Canford Cliffs, a little more than a mile down the road.

Salcombe in Devon, Aldeburgh in Suffolk and Milford on Sea in Hampshire make up the top five most expensive coastal towns.

People buying coastal homes generally fall into three categories – those moving to the coast themselves, those buying second homes for staycations, and those buying properties as an out-and-out buy-to-let investment.

If you’re moving to the coast for a change of lifestyle or buying a second home solely for your own use, check out our guide on finding the best place to live. This can help you understand and compare key ‘quality of life’ considerations such as life expectancy, happiness and the number of highly rated local schools.

It’s also worth taking a look at our story on coronavirus and house prices, to find out whether now really is the time to take the plunge.

Holiday buy-to-let: the pros and cons

Investing in a holiday buy-to-let can be lucrative, but it’s a complicated process and won’t be the right choice for everyone.

When selecting an investment property, you’ll need to look carefully at supply and demand, and consider the features that will make the home attractive to visitors. The coastal location will be a draw, but what about an open fire, games room or that increasingly vital asset – a high-speed internet connection?

Mortgages can be complicated, too. Many lenders don’t offer deals on holiday lets, due to a lack of guaranteed income, especially outside of peak season. To get a mortgage you’ll need a big deposit, and you’ll have to be able to prove your rental income will cover 145% of your mortgage payments.

If you’re letting a furnished holiday home, you might be able to benefit from some tax breaks, as long as it’s available for at least 210 days a year and occupied for at least 105 days.

If you think a holiday let might be right for you, we recommend taking independent financial advice on the key mortgage and tax considerations before rushing in.