You probably wouldn’t instantly notice if a friend you were visiting had bought a new TV – one large black rectangle is much the same as any other, after all. But you might notice, and compliment, a striking new painting.

You’d likely be taken by surprise if, at the push of a button, the painting vanished to reveal Huw Edwards presenting the news. You’ve been fooled by one of LG’s latest OLED TVs.

Could TV art boost the appeal of super-sized TVs?

In a world where TVs are getting bigger at a faster rate than many viewers have the appetite for – screens bigger than 65 inches are becoming increasingly common – the idea of turning a TV into an attractive feature isn’t a bad one.

Our most frequently visited TV reviews are for 49-inch TVs, suggesting many people just don’t want an enormous dark rectangle dominating their room.

A painting’s appeal is subjective; some people think a Jackson Pollock looks like someone had an unfortunate accident in the studio.

TV picture quality isn’t. Our experts know what separates a good TV from a bad one, so how do these stylish sets fare when they aren’t in gallery mode? 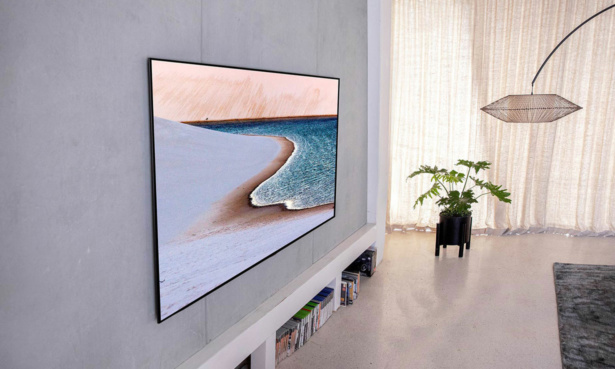 Unless you’re an easel enthusiast, most of your pictures will be on the wall. LG wants its GX range to join them.

TVs in the range don’t come with a stand, just a wall mount that leaves almost no gap between the TV and the wall. It’s all part of the illusion.

However, unlike Samsung, with its Frame range of TVs (see below), LG has kept the bezel around its TVs narrow and decidedly un-picture-frame like – perhaps to appeal to the more minimalist buyer.

When you’re not watching TV, it can display a range of bespoke artworks. It’s designed to complement your living room with its understated design, though you can make it stand out with a bolder choice of painting.

The GX range comes packed with premium tech, including the 3rd gen Alpha 9 processor, which is in charge of making sure content at all resolutions looks scalpel-sharp and natural.

That said, the same processor powers most of LG’s 2020 OLEDs, including the cheaper CX range. So does the GX range offer any benefits beyond its looks to justify the higher price?

Head to our reviews of the GX and CX ranges to see if there’s much difference in picture and sound quality.

When it comes to TVs hiding in plain sight, Samsung did it first and arguably better than LG.

Samsung’s QLED TVs have something called ‘ambient mode’, which allows the TV to display art, personal photos and moving screensavers when you aren’t watching it. It can even mimic the pattern of the wall behind it.

All Samsung’s QLEDs, even the cheapest ranges, have this feature.

If you want a TV that could genuinely be mistaken for a picture, though, take a look at its Frame range. You could hang one of these in the National Gallery and fool more than a few visitors.

Unlike LG’s thin-as-a whisker screens, Frame TVs are bulky sets with a thick ‘picture frame’ surrounding the screen. Samsung has partnered with galleries around the world to display real works of art, and even the screen has a different finish to make it look more like a painting.

Finally, there’s the Serif, which takes an altogether different approach – it’s a TV that wants to make its presence known. 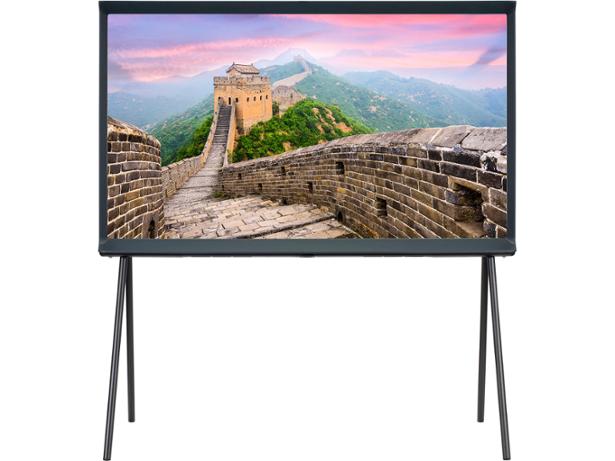 It’s a divisive design, but it makes a statement. Instead of attempting to make the TV blend into the background, the look of the Serif makes it stand out in the same way you might look at a 50s TV set: it’s a cabinet TV for the 21st century.

Are any of these TVs any good though? We’ve put a selection through their paces in our test lab to sort the wheat from the chaff. The links below will take you straight to our reviews.