Our latest round of headphone testing has seen a major AirPods rival, the second-generation Google Pixel Buds, placed in the hands (and ears) of our expert listening panel.

Picking a side will boil down to sound and features. Over in the Which? test lab, we’ve scored the Pixel Buds on audio quality, comfort and battery life to see if they’re truly impressive enough to take on the AirPods.

Read on for our comparison of the key features of these two in-ear headphones. We also have results for other recently tested models from Jabra, John Lewis, LG and Sony.

For iPhone owners, Apple’s AirPods seem like an obvious choice when shopping for in-ear headphones.

These truly wireless headphones come bundled with either a wireless charging case – which lets you charge the case wirelessly using a compatible charge mat – or a standard charging case that costs a bit less. Both cases, when charged, let you top up the battery life of the AirPods when you’re on the move.

Although pairing the AirPods with an iOS gadget is a seamless experience, the headphones can also partner up with Android devices such as Samsung’s Galaxy lineup. 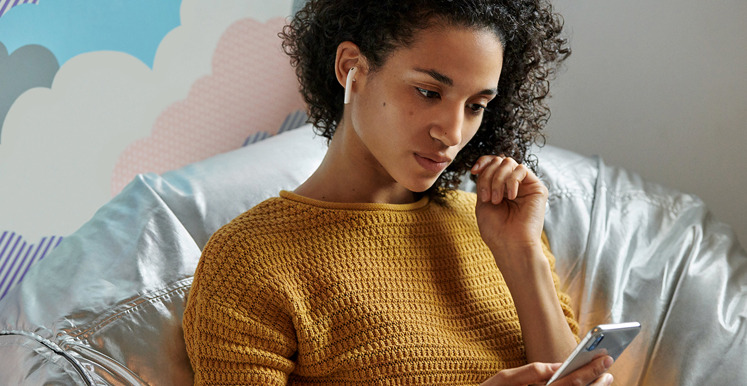 Unsurprisingly, the AirPods use Apple’s Siri assistant to deal with your voice commands. You don’t need to tap away at the buds in your ear to wake up the AI helper, either – just say ‘Hey, Siri’ out loud. If you enable Announce Messages on your iPhone, Siri will relay your messages as they pop up on your phone.

To control your music, you double tap the earbud, which plays/pauses a song or skips a track. Through the Settings app on iOS, you can decide whether or not you want these controls to be activated via the left or right AirPod.

As the AirPods have been around a bit longer than the Pixel Buds, you may be able to get a decent discount on the RRP.

At the time of writing, Laptops Direct had a deal on both versions of the Airpods. With a wireless charging case, you’d pay £149; it’s £120 with a standard charging case.

We’ve put Apple’s battery life claims to the test, as well as analysing how good they sound and how easy they are to use, as part of our full review of the Apple AirPods (2019) with Wireless Charging Case.

Aiming to steal attention away from the Apple AirPods, Google has introduced the second generation of its Pixel Buds. For the first time, the tech giant has opted for a truly wireless design, giving you more freedom to move around while you enjoy your favourite tunes.

These in-ear, Bluetooth-enabled headphones sleep soundly inside a wireless charging case (included as standard) when they’re not in use. They’re available with three sizes of ear tip (small, medium and large), so you shouldn’t have much trouble getting them to fit comfortably.

You can interact with your music on the move without having to reach into your pocket for your mobile. Controls on the earbuds let you play and pause music, tweak the volume or skip tracks entirely. You can also answer incoming phone calls by tapping the earbud.

Unlike the Apple AirPods (2019), the Google Pixel Buds (2020) are IPX4-rated for water resistance. In simple terms, this means they should survive a jog in the rain or a sweaty workout at the gym.

Neither the AirPods nor the Pixel Buds have noise-cancelling, but the Buds do have something called ‘adaptive sound’.

This is turned off by default but, if you activate it in settings, the volume of your music will change automatically depending on your environment. If you find yourself in the middle of a noisy crowd, for example, the volume will be bumped up to drown out the distractions. 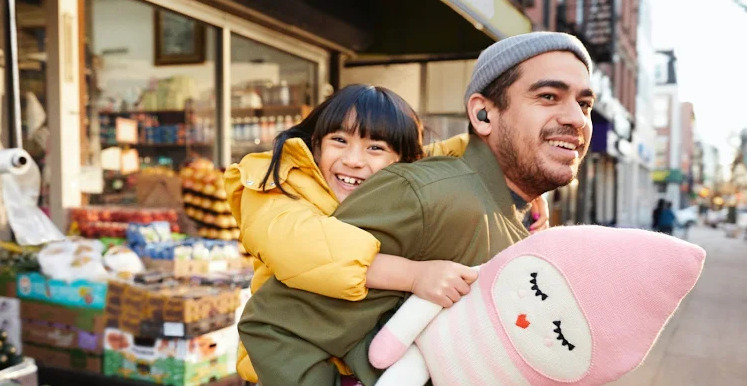 According to Google, you’ll get ‘up to five hours of listening time and up to two and half hours of talk time’ from this year’s Pixel Buds. That matches up very closely with Apple’s promises.

If you tuck the Google Pixel Buds into the wireless charging case, we’re told that will give you ‘up to 24 hours of listening time and up to 12 hours of talk time’.

Although this latest generation of Pixel Buds have been in store for a couple of months now, Google is still introducing new features to convince buyers that may still be on the fence – dubbed ‘Feature Drops’. These can be applied applied to existing Buds through remote firmware updates.

In August, Google added bass boost support to the Pixel Buds., which means if you like your music to have more of a ‘boom’ to it, you can jump into device settings on the smartphone app and raise the bass level. There’s also a new transcribe mode; if somebody is speaking to you in a different language, the Buds can translate the speech straight into your ear.

Are these in-ear headphones impressive enough to truly rival Apple’s AirPods? Check in with our full Google Pixel Buds (2020) review.

What’s the best type of headphone for you?

Both the Apple AirPods and Google Pixel Buds are examples of truly wireless headphones. There are some obvious benefits to going wire-free – it’s easier to move freely, they’re arguably nicer to look at and can tuck neatly into your pocket when not in use.

But we’ve seen that truly wireless headphones can be disappointing when it comes to battery life on a single charge – you can top up using the charging case, but you’ll need to remember to take it with you and may be forced to take an unwanted break from listening to your music to do a quick charge. 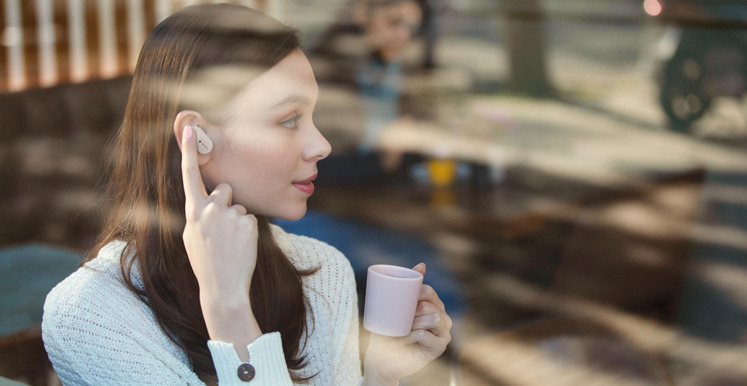 Meanwhile, earbud-style headphones – such as the AirPods and the Pixel Buds – often have bad acoustic leakage. This means those around you are more likely to be able to hear what you’re listening to, which will frustrate fellow commuters on a packed train.

Plus, there’s a risk that you’ll be able to hear more background noise and be tempted to turn up your volume higher to block it out, which is not great for your ears.

If you like the idea of blocking out the world while you enjoy your music, it’s worth shopping for headphones with noise-cancelling support. Here are some options around the £150 mark to consider; although read our reviews first to check how well the noise cancelling works:

Alongside the Google Pixel Buds, we also tested a selection of other headphones in the Which? test lab.