Homeowners have found themselves stuck with unsellable and potentially unsafe flats due to delays over fire safety tests.

Which? has been contacted by more than 120 readers who are facing difficulties buying, selling or remortgaging flats due to lenders asking for a safety certificate that they’re finding impossible to obtain.

Here, we explain a chain of events that has seen properties given zero valuations and outline the moves the government is taking to help some of those affected.

In the wake of the Grenfell tragedy in 2017, the government identified hundreds of blocks of flats with cladding it said could carry a greater risk of fire. As a result, it revised its rules on which materials developers could use when building high-rise blocks more than 18 metres tall in the future.

But with many existing blocks potentially built with combustible cladding or unknown materials, buyers and their mortgage lenders faced difficulties confirming if they were safe.

In December 2019, the External Wall Fire Review (EWS1) process was launched by the banking trade bodies UK Finance and the Building Societies Association (BSA), and the Royal Institute of Chartered Surveyors (RICS).

The EWS1 is a survey that assesses whether a property contains materials that are potentially dangerous, offering clarity to lenders and peace of mind for homeowners and buyers.

The survey was recommended solely for blocks 18 metres or taller, but just a month after its launch, the government published revised fire safety guidance, which instructed that potentially dangerous cladding should be removed from blocks of any height.

This effectively meant that mortgage lenders could now demand the EWS1 on thousands of buildings under 18 metres before agreeing to offer loans on them.

A lack of clarity

In February, Which? spoke to a member who had enquired about a mortgage on a flat with two of the UK’s biggest lenders.

One told him that it required an EWS1, but the other said it did not.

At the time, the BSA told us the decision over whether to ask for EWS1 lay with individual lenders, while RICS said that while the form isn’t mandatory, it was expecting all lenders to adopt it in the future.

In the following months, this confusion has continued, with some lenders dismissing all blocks without EWS1 certificates, and others still lending on those below 18 metres in height.

Which? readers have contacted us by the dozen about the EWS1 process.

Most are sellers who only became aware of the survey when a buyer informed them their mortgage had been rejected.

For those whose lenders have demanded the EWS1, the message has been clear – the property is essentially worthless for mortgage purposes without it.

This means that until the block has been tested, owners have little prospect of selling their flats and may be unable to remortgage, potentially resulting in much higher monthly repayments. 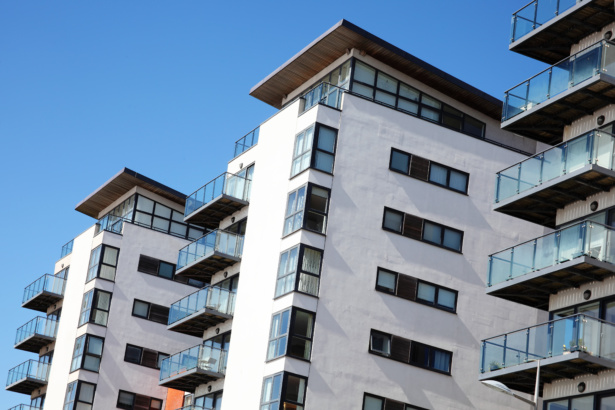 How to get an EWS1

Getting the EWS1 test can be difficult. The survey should be requested by the building’s freeholder, but many flat owners told Which? they found their freeholder either uncontactable or unhelpful.

Freeholders have commonly cited three reasons for rejecting requests for the survey: the EWS1 is only a recommendation rather than a legal requirement, the building is less than 18 metres tall, or it has no cladding to test.

Homeowners who do make some headway with their freeholders have been quoted anything from 18 months to a decade to have the survey done, depending on whether their block is considered to be of a high priority.

Case study: ‘I can’t sell, and my freeholder won’t do anything about it’

Which? reader Thomas (surname withheld) is trying to sell his flat in East London to move closer to his elderly parents.

He has already seen one potential buyer lose their mortgage offer due to his block not having an EWS1, and his freeholder – a large housing association – has given no indication of how long it might take to have the survey.

Thomas has struggled to contact his freeholder. He says he has been stonewalled at every turn, and only received a response after contacting his MP.

He says: ‘The freeholder told me my block is considered low priority as it did its own fire safety assessment a year ago, but mortgage lenders are only interested in the EWS1.’

Thomas’s freeholder told him it owns a large stock of housing and his block is well down the priority list. It also cited a lack of qualified fire safety engineers as a reason for the delay.

Thomas says if he wants to move anytime soon, his only option may be to find a cash buyer for the flat.

He told Which?: ‘This situation has caused great stress for me and my parents. If I have to sell to a cash buyer, I stand to lose around £150,000 compared to the offer I’d previously accepted.’

It is ultimately the responsibility of the freeholder to ensure the building is safe, but that doesn’t necessarily mean they’ll pay for the EWS1.

Some flat owners have told Which? that clauses in their lease mean that they have to pay for the test themselves.

And a failed test can be of great consequence. Not only does it mean they are potentially living in a property that carries a greater fire risk, it also means remediation work must be done before the home can be sold.

Remediation can take years, and the terms of the lease usually mean that the cost will fall on the homeowner rather than the freeholder. This has seen leaseholders in some blocks face quotes of hundreds of thousands of pounds to have work done – figures that are simply unrealistic for the vast majority of homeowners.

Case study: ‘Our lease says we must pay for the survey’

Which? members Sarah and Daniel (not their real names) saw their buyer’s mortgage rejected after the lender’s valuer demanded an EWS1.

Upon inquiring about the survey, they found that a ‘catch-all’ clause in their lease stated that the flat owners, rather than the freeholder, were responsible for paying such costs.

And to have the test done, they first needed to get all the other leaseholders in the block on board.

They told Which?: ‘Some owners in our block who are looking to sell or remortgage also wanted to have the survey, but others were concerned about the costs, which started at around £6,000 but could potentially quadruple if the initial survey found major issues.’

In addition to the cost of conducting the EWS1, fellow leaseholders objected on the basis that the block is below 18 metres tall, meaning that theoretically it sits outside of the original remit of the EWS1. They felt the freeholder should be responsible for paying.

They said: ‘We wanted to move to buy a freehold property outside of London, but now we’re stuck. We’ve had to inform our buyer that we can’t pursue the EWS1 or proceed with the sale.’

Will the government pay for remediation works?

At this point, all sides have reached an impasse over what happens if a block fails the test.

Homeowners believe it is unfair that they need to pay to make their blocks adhere to safety regulations, while freeholders say the blocks adhered to the rules at the time they were built, so they shouldn’t have to pay either.

Ultimately, this means both sides are looking to the government to intervene.

So far, it has put forward £1.6bn in funding to replace unsafe cladding, but this only covers properties of more than 18 metres tall, so it won’t be available to many of those affected. Critics have also claimed that the sum is merely a drop in the ocean compared to what’s actually required.

RICS told Which? it is calling for the government to intervene and identify which buildings below 18 metres are unsafe, and to fund remediation so the cost does not fall to the leaseholder. 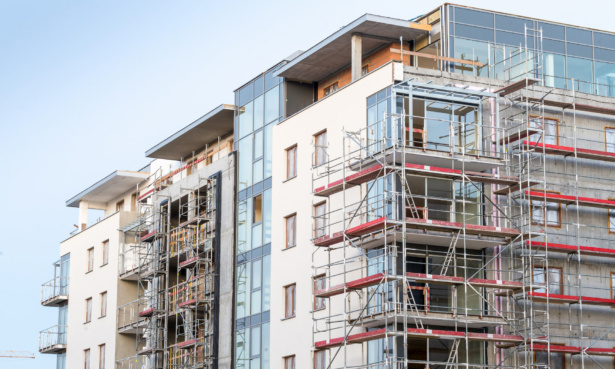 What next for the EWS1?

In the absence of a recognised test, the EWS1 was designed by the industry to ensure flats weren’t built with combustible materials and give lenders the confidence to offer mortgages.

But the government’s rule changes have meant that banks are now requesting surveys on blocks the EWS1 wasn’t originally designed for, creating confusion for buyers and sellers.

RICS told us the EWS1 itself doesn’t block mortgages, rather it simply identifies whether buildings have combustible cladding or walls made of unknown materials.

It believes that without the EWS1, even fewer mortgages would be processed as valuers wouldn’t be able to value properties built with potentially dangerous or unknown materials.

Ultimately, it says that while all parties are constantly working to improve the speed of the process, safety is the most important priority.

The HCLG Select Committee (a cross-party group of MPs) says that while EWS1 is well-intentioned, it hasn’t worked in practice, in part due to a lack of fire safety inspectors.

It says there are still 2,000 residential buildings with potentially dangerous cladding, and has called for the government to commit to fixing affected buildings by the end of 2021.

In the interim, it says EWS1 could be reformed in several ways: by relaxing the rules on who can undertake the surveys, clarifying exactly which buildings need to be tested and offering greater guidance on which blocks should be prioritised.

Affected homeowners are looking hopefully towards the government’s upcoming Building Safety Bill, but it remains to be seen whether any tangible help will be offered.

In the meantime, homeowners living in affected blocks face safety concerns, zero valuations and the prospect of delays stretching for years to come.