Homebuyers have been dealt a blow after two of the UK’s biggest banks lowered their limits on how much they will lend to mortgage applicants.

Barclays and NatWest have become the latest lenders to attach new stipulations to their mortgage deals following the coronavirus outbreak.

Here, Which? explains how the restrictions could affect your mortgage chances and offers advice on how to get a good mortgage deal.

When you apply for a mortgage, how much you’ll be able to borrow is usually capped at a multiple of your annual earnings.

Commonly, lenders allow you to borrow around 4.5 times your income, although some stretch as high as five or even 5.5 times of your earnings.

Barclays previously boasted one of the highest limits, at 5.5 times annual income for some customers, but this week it has lowered its cap to 4.49 times.

NatWest, meanwhile, has reduced the amount self-employed borrowers can borrow to 4.25 times their annual earnings, down from 4.9 times.

These moves mean that some buyers might find themselves priced out of properties they previously thought they might be able to get a mortgage on.

How do lenders use income caps?

Income caps are just one way lenders assess your affordability and how they’re set varies from lender to lender.

Generally, most banks use one of these three methods: 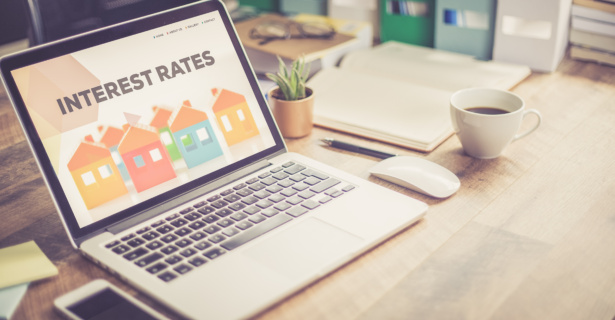 Which banks will lend the most?

The interactive table below shows the borrowing caps set by all the major lenders currently offering mortgages.

Simply type in the name of a bank or building society to get started.

How much can I borrow?

You can use the calculator below to get an idea of how much you might be able to borrow when applying for a mortgage.

How mortgage restrictions are affecting borrowers

The changes from Barclays and NatWest come at a time when lenders are struggling to deal with a backlog of applications and a surge in interest since the stamp duty cut.

Buyers with small deposits have experienced the biggest post-pandemic changes, with 90% and 95% mortgages effectively disappearing from the market.

Those who do still offer 90% deals have imposed restrictions.

Nationwide has capped the amount of a buyer’s deposit that can come from a family member, while Virgin Money has launched seven and 10-year fixes with maximum terms of 25 years.

The decision from Barclays to cap income multiples will have the most impact on the biggest earners (who qualified for the 5.5 times income previously available).

It’s also affecting people currently in the process of buying a house, some of whom have seen their mortgage offers revised downwards. NatWest’s change, meanwhile, is another blow for self-employed buyers.

Elsewhere, buyers and remortgagers who have been furloughed will now struggle to have that income taken into account when applying for a home loan, or will find that overtime and bonuses will no longer be included in lenders’ calculations.

Does this mean it’s impossible to get a mortgage?

This might all sound like bad news, but mortgage approvals are still going through and it’s still possible to get a good rate.

Data from the Bank of England shows that 66,281 mortgages were approved in July, only 1% down on the same period a year ago.

To have the best chance of getting a mortgage in the current climate, you’ll need to have a good-sized deposit (of at least 15%), a good credit history and a steady income.

Unfortunately, if banks consider you high-risk (eg you have a small deposit or have been furloughed), you may benefit from putting off your move until the mortgage market is much less volatile, as even if you can get a loan right now it may be at a much higher rate.

If you’re unsure about your options, it can make sense to speak to a whole-of-market mortgage adviser, who can assess the criteria used by all lenders to find you a suitable deal.

The tables below from Moneyfacts show the current cheapest rates on two-year and five-year fixed-rate mortgages available to people buying a home.

As you can see, rates for mortgages between 60% and 80% loan-to-value (LTV) remain very low, but there’s a big leap in cost on 90% deals, reflecting how few options are currently available for buyers with a low deposit.