Now that IFA 2020 has come to an end, we can look back at the real stars of the show. This year’s tech-tastic event saw new, future-gazing products from Acer, LG and JBL battling for our attention.

Using smart technology as a way to improve personal health was a key theme at IFA 2020. LG unveiled its PuriCare Wearable Air Purifier, while TCL was turning heads with a smartwatch designed to give older adults some independence.

Keep scrolling for a closer look at some of the most exciting announcements from IFA 2020.

Growing smartphone brand Realme has its sights well and truly set on Europe, using IFA 2020 as a platform to launch a shiny new smartphone series. Its refreshed line-up consists of both affordable phones and top-of-the-range 5G handsets.

Speaking at the company’s IFA presentation, Realme Europe CEO Madhav Sheth discussed the group’s mission to sell over 15m handsets in Europe in the upcoming year.

In fact, the Chinese smartphone brand announced so many upcoming smartphones (eight to be precise) that we couldn’t fit them all in our comparison table. The full list of smartphones on the way to Europe looks like this:

To keep things simple, we’ve picked out the two high-end smartphones that aim to show off the very best features Realme has to offer. Note that UK pricing is still TBC.

Realme has had its share of successes in our test labs. Browse all our Realme mobile phone reviews to find out more.

2. TCL is launching a smartwatch for seniors

TCL had a busy couple of days over in Berlin, showcasing a pair of new tablets and some AirPod-esque wireless earbuds. But it’s the brand’s new smartwatch that really caught our eye.

The TCL MoveTime Family Watch MT43A (we’ll admit it’s not the catchiest name ever) is aimed at older adults and has a range of safety features to offer families peace of mind. 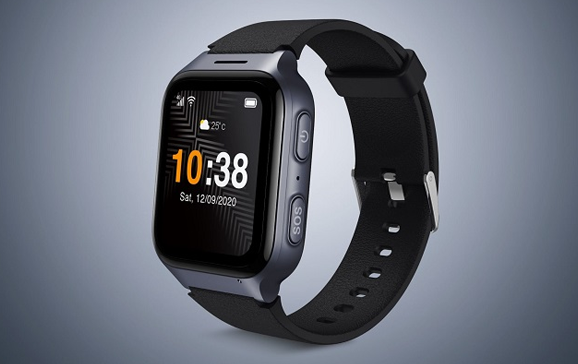 An automatic fall detection feature will have the smartwatch alert emergency contacts with the wearer’s exact location within a minute of the incident. The wearable can also measure heart rate and will notify users if it detects anything unusual.

Safety features aside, you also get access to the sort of tools you’d find on many other smartwatches. We’re talking about daily activity tracking, sleep monitoring and support for sending voice or text messages.

Let’s get into the technical stuff for a moment. TCL’s attentive smartwatch has 512MB and 4GB of storage. There’s a 600mAh battery nestled behind the 1.41-inch colour display, which TCL is promising will give you up to two days of battery life.

On paper, the MoveTime Family Watch is made of sturdy stuff. The new arrival is IP67-rated, which means it’s protected against harmful dust and can survive a dip in water (to a depth of 1 metre) for up to 30 minutes. It’s definitely not suitable for swimming with, but it will survive a walk in the rain.

If you think the MoveTime Family Watch could benefit you or a family member, be prepared to spend around €229 (roughly £200) ‘this fall’. We’re still waiting for official confirmation on UK pricing.

To see which smartwatches we recommend, consult our expert smartwatch reviews.

We were introduced to the Swift 3 and Swift 5 notebooks at this year’s IFA, a pair of laptops powered by 11th-gen Intel Core processors. Interestingly, Acer has chosen to work antimicrobial properties into the ‘uber-stylish’ Swift 5 (Acer’s words, not ours).

The 14-inch Full HD display is covered by a layer of antimicrobial glass, which the laptop maker claims will ‘reduce the growth of odor and stain-causing microorganisms’. You can also order the laptop with the same protective layer added to the touchpad, hinge and fingerprint sensor.

At a time where the whole world is more health-conscious than ever, a bacteria-busting finish is a clever addition. 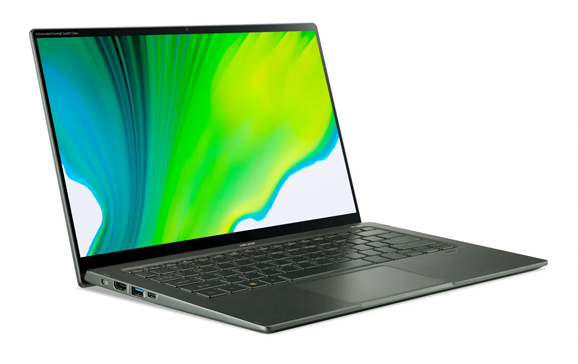 The elegant Acer Swift 5 weighs in at around 1kg and has a 90% screen-to-body ratio. Acer has been keen to boast about the laptop’s various cooling modes – you access these with a keyboard shortcut and the machine is meant to get quieter depending on the environment you’re working in. When the screen is opened, the hinge mechanism also raises the laptop off the desk slightly for improved ventilation.

So how much screen-on time can you expect from the premium Swift 5? Acer claims it can last ‘up to 17 hours’, with a quick 30-minute charge giving you enough juice for ‘four hours of use’. We’ll test those claims in the Which? test lab as soon as we can.

Head to Acer’s UK website and you’ll have six different Swift 5 models to choose from. One of the cheapest is the £999 Acer Swift 5 SF514-54T, which has an Intel Core i5 processor, 8GB of Ram and 512GB of storage.

We haven’t tested this Acer laptop in the Which? lab just yet, but we have gone hands-on with plenty of other Acer models. Browse our full selection of expert laptop reviews.

With social distancing measures still in place, you may be putting in more hours at home in front of your PC or games console.

This month, JBL has launched a selection of wired and wireless headsets designed to improve your experience, including its first foray into gaming.

We’ll be the judge of that when we put the new models through our tough audio tests, but for now here’s a summary of what they’ll have to offer. 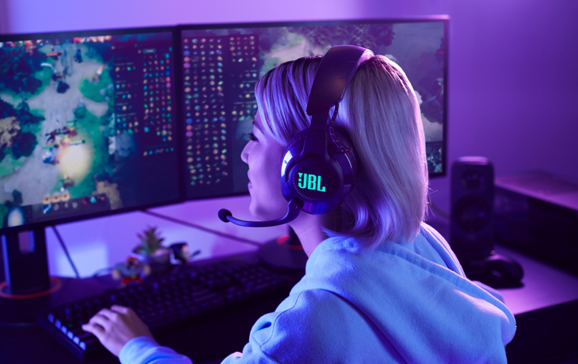 The PuriCare Wearable Air Purifier, which will land towards the end of the year, has a pair of H13 HEPA filters – LG notes that these filters are similar to those found in its air purifier products. You’ll get a notification on your smartphone when the filters need to be replaced.

Fans built into the mask can speed up or slow down based on your air intake, which is meant to make breathing easier. Those fans are powered by an 820 mAh battery, which LG says will offer up to 8 hours of operation in low mode, or two hours on high mode. 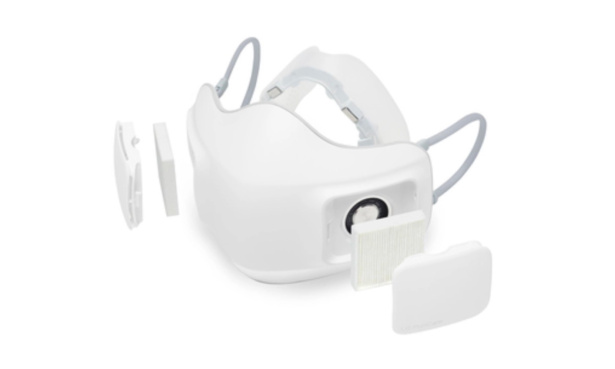 The case that the mask is stored in comes with a UV-LED light, which is meant to wipe out harmful germs.

There’s no word on UK pricing just yet, but we’re very interested to find out how much the PuriCare Wearable Air Purifier will set you back. If it’s affordable, it could be a genuinely tempting alternative to a normal face mask.

LG didn’t stop there, though. The brand has teased a 14 September announcement for the LG Wing, which is expected to be a shape-shifting smartphone. We’ll let you know as soon as we find out more.

Read our in-depth guide on how to wear a face mask, and how to make your own for a wide range of helpful advice.