We love eggs. British consumers eat 13.1 billion eggs a year. But knowing what ones to go for can be a challenge, considering there are so many different brands on offer.

Hen’s eggs vary enormously in price, from as little as 10p each for the cheapest large caged eggs (8p if you go for mixed weight eggs), through to more than five times that at 53p each for organic eggs.*

Here are nine egg facts to help you discover the difference between free range and barn eggs, whether brown eggs are healthier than white and if expensive eggs are best.

Where should you buy your eggs? Discover which are the cheapest supermarket in the UK

There are various reasons eggs can be more expensive – for example, if they’re organic, free range or from fancy ‘heritage’ breeds.

But when it comes to nutrition, are more expensive eggs, including those that say they’re rich in vitamin D or omega 3 oils, worth shelling out on?

Eggs are an inexpensive source of high-quality protein and all hen’s eggs are protein-rich, whether you buy cheap or splurge on an expensive brand.

In fact, we found the same amount of protein in cheap eggs as there is in the most expensive – and some cheaper ones had even more.

For example, a serving of two Sainsbury’s Woodland free range large eggs (18p each) contains 16.6g of protein compared with the 15g contained in two large Happy Eggs (25p each), even though they’re the same size.

Some eggs, including Happy Eggs, are advertised as having more vitamin D than basic eggs (because of the feed the chickens are given).

The government recommends everyone above the age of one has 10mcg of vitamin D each day, but it’s hard to get enough vitamin D from diet alone and so a supplement is recommended.

There’s no risk of having too much vitamin D if you’re taking a 10mcg supplement and eating two eggs a day.

And if you’re taking a vitamin D supplement, there’s no need to shell out extra for the eggs with higher levels of vitamin D.

Find out more in Vitamin D: How much should you take?

Some eggs are advertised as being rich in omega 3 essential fatty acids – achieved by feeding the hens flaxseed, which is naturally high in omega 3.

Some of these contain 103mg of omega 3 (Sainsbury’s Woodland free range eggs rich in omega 3),

However, the British Nutrition Foundation says that an average medium egg provides around 70mg of omega 3, so you’ll still benefit from it even if you opt for cheaper eggs.

The omega 3 found in eggs is also found in green leafy veg, nuts, seeds and soya beans, and most importantly, oily fish.

If you have a balanced diet and regularly eat oily fish it’s not worth paying out for the higher omega 3 eggs.

Fact 2: You’ll pay more for high-welfare eggs – but not always 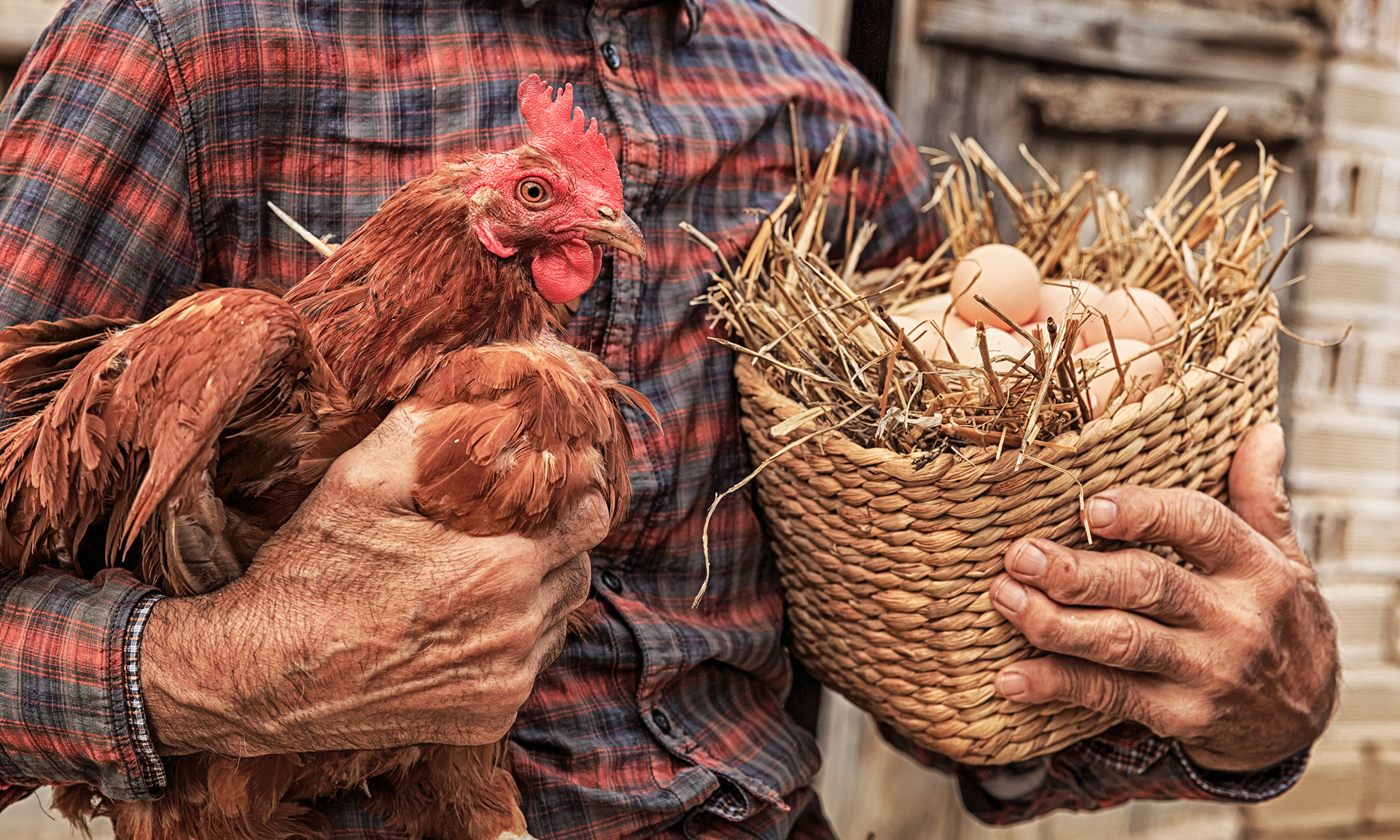 When it comes to egg cost, there’s a sliding scale, with caged being the cheapest, through to organic free range specialist breed eggs (such as Clarence Court Organic Leghorn Whites, 50p each, Ocado) being the most costly.

As well as giving you nutritional information, egg boxes also reveal how the birds have been kept (caged, in a barn or free range), plus other additional factors such as organic.

Here’s the lowdown on what these animal welfare terms mean.

Since 2012, battery farming has been banned and small, restrictive cages replaced by ‘larger, enriched colony cages’, according to the British Egg Industry Service.

These eggs are labelled ‘eggs from caged hens’ and the box won’t feature ‘farm’ descriptions, farmyard or countryside scenes nor pictures of hens roaming freely.

Cost From 10p each – more than five times cheaper than the most expensive eggs we found.

These are from cage-free hens that are kept indoors but are able to move freely around a barn with plenty of space, plus floor materials for the birds to forage and dustbathe in, as well as perches to enable them to rest.

Cost From around 13p each, which means there can be as little as 3p difference between some barn eggs and caged eggs that we found on sale in UK supermarkets.

For eggs to be termed ‘free range’, hens are kept in large barns (much like the barn egg system), but they also have access to the outside through openings called popholes.

Cost From around 16.7p (Ocado large free range eggs). These were only marginally more expensive than caged eggs (for example, Iceland A Class large eggs, 10p each), so consumers wanting eggs from happy hens don’t have to pay much more to achieve that.

These hens are always free range, but have also been fed an organically produced diet and ranged on organic land.

The higher standards governing flocks producing British Lion organic eggs mean the hens must have access to the outside for eight hours a day as well as outdoor shading.

Cost From 28p per egg (Iceland) to 53.2p per egg (Daylesford large organic eggs from Ocado)

In order to carry the RSPCA Assured symbol, hens must never be kept in cages and can only be barn hens or free range hens.

RSPCA Assured also says hens must be provided with ‘environmental enrichment products’, such as knotted rope and straw bales to peck at and keep them occupied.

It also suggests looking for the logo when buying products containing eggs, such as ice cream, mayonnaise, cakes, quiches and sandwiches. Retailers that sell RSPCA Assured eggs include Aldi, Co-op, Lidl and Morrisons, as well as restaurants including McDonald’s.

Fact 3: The diagram on the box tells you the provenance of the eggs

There can be lots of information on an egg box that might have you scratching your head, but the diagram that’s often found inside the lid of the egg box can help you decipher the information.** 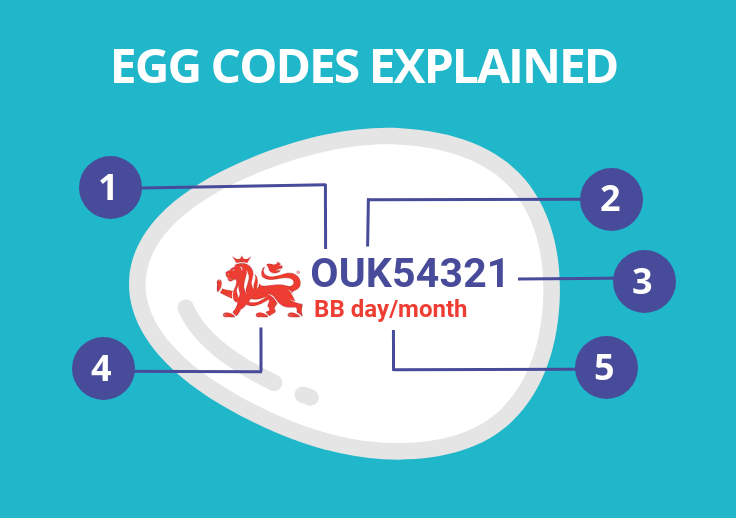 2. Country of origin (denoted by the letters that follow the farming method)

This is a specific code denoting the actual farm where the eggs were produced.

This denotes additional standards for Lion Quality eggs, namely that they are British eggs from hens vaccinated against salmonella and produced to a strict code of practice.

This denotes the ‘best before’ date. Want to know more about your egg? Put the code into the Lion Egg website to trace it.

Supermarkets and packaging: what are they doing about plastic?

Fact 4: Eggs are sized according to weight not physical size 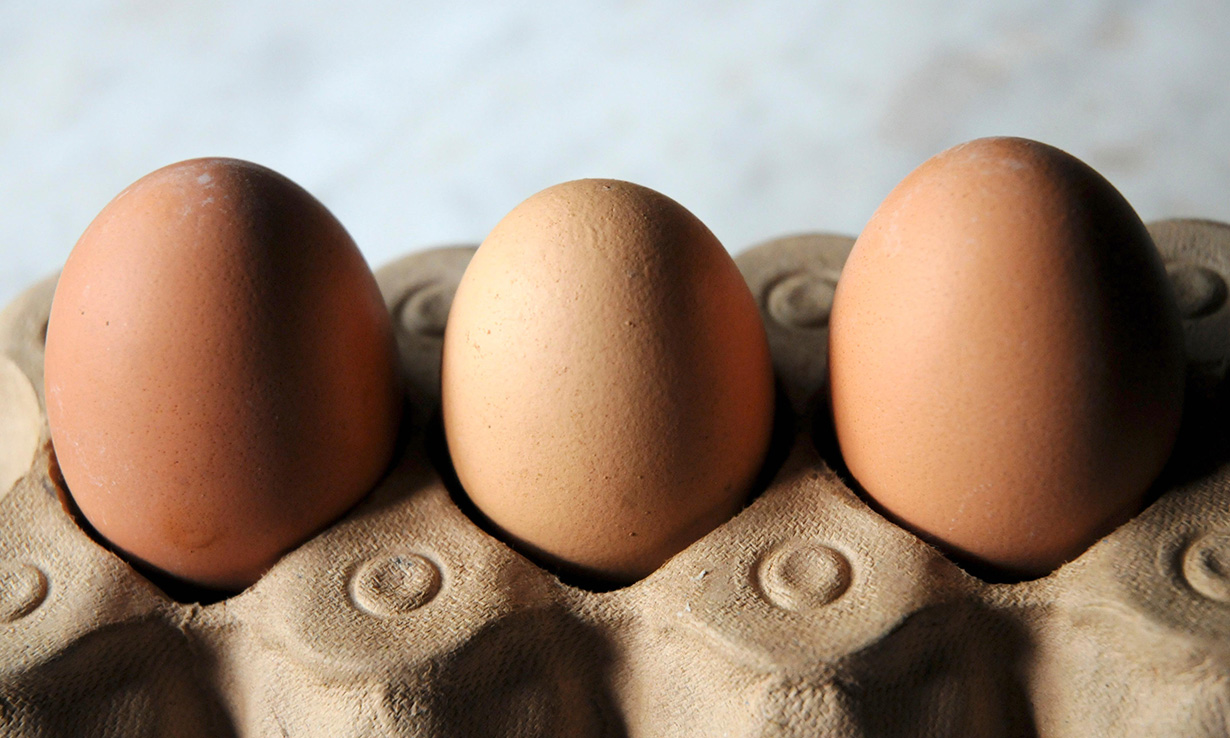 Eggs are sold in four different sizes – small, medium, large and very large – with some retailers selling them in mixed boxes.

The size refers to the weight of the egg when it’s still in its shell rather than its physical size, which may explain why it’s possible to see some variation in a box, even if they’re all classified as being the same.

Some old recipe books may still refer to the old sizing system – from size 0 to size 7 – so it may be helpful to know which egg size this now corresponds to (see table).

In recipe books post-1997 when the sizing system changed, most recipes are standardised for large eggs.

Each size band starts at the minimum weight and includes eggs up to, but not including, the maximum weight. For example, a large egg can be 63g to 72.99g.

Fact 5: Eggs are not dairy 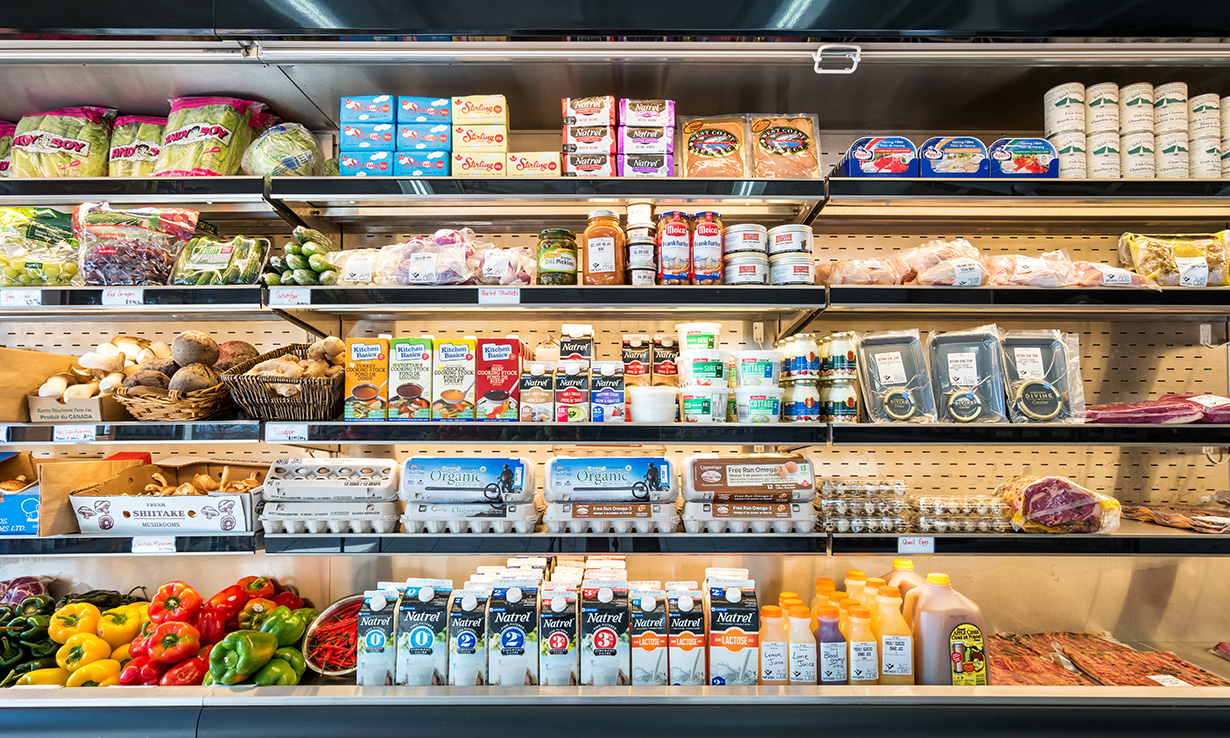 Research carried out for the charity Leaf (Linking Environment and Farming) in 2012 found that one third of 16 to 23 year olds don’t know that eggs are laid by hens.

In fact, one in 10 young adults believe that eggs come from wheat or maize.

Eggs are often categorised in supermarket dropdown menus with the likes of milk and dairy – eg ‘milk, dairy and eggs’ – so it could be that’s where some of the confusion comes from. 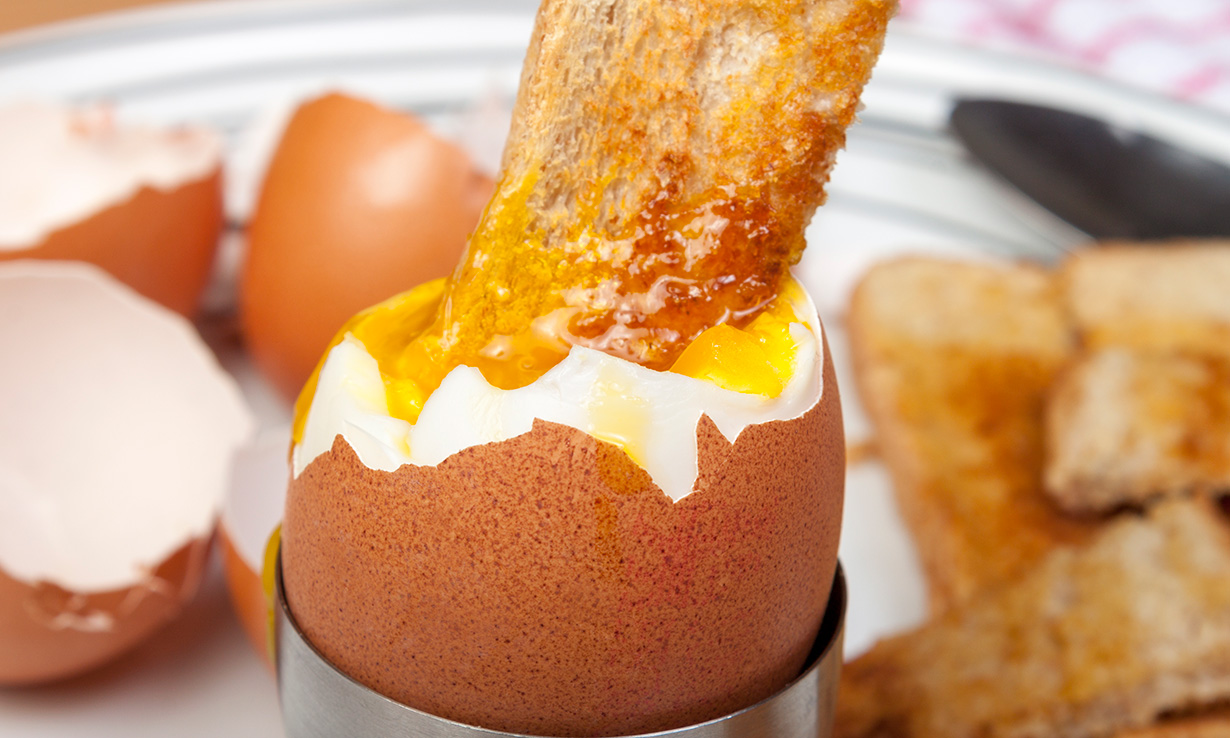 For many years we were told that eating too many eggs wasn’t good for your health because of cholesterol in the yolk. Then scientists discovered it’s saturated fat that raises cholesterol not dietary cholesterol (cholesterol in foods).

So what’s the score? Can you eat as many eggs as you like? If you already have high blood cholesterol or familial hypercholesterolaemia, Heart UK, the cholesterol charity, advises eating no more than four eggs a week. 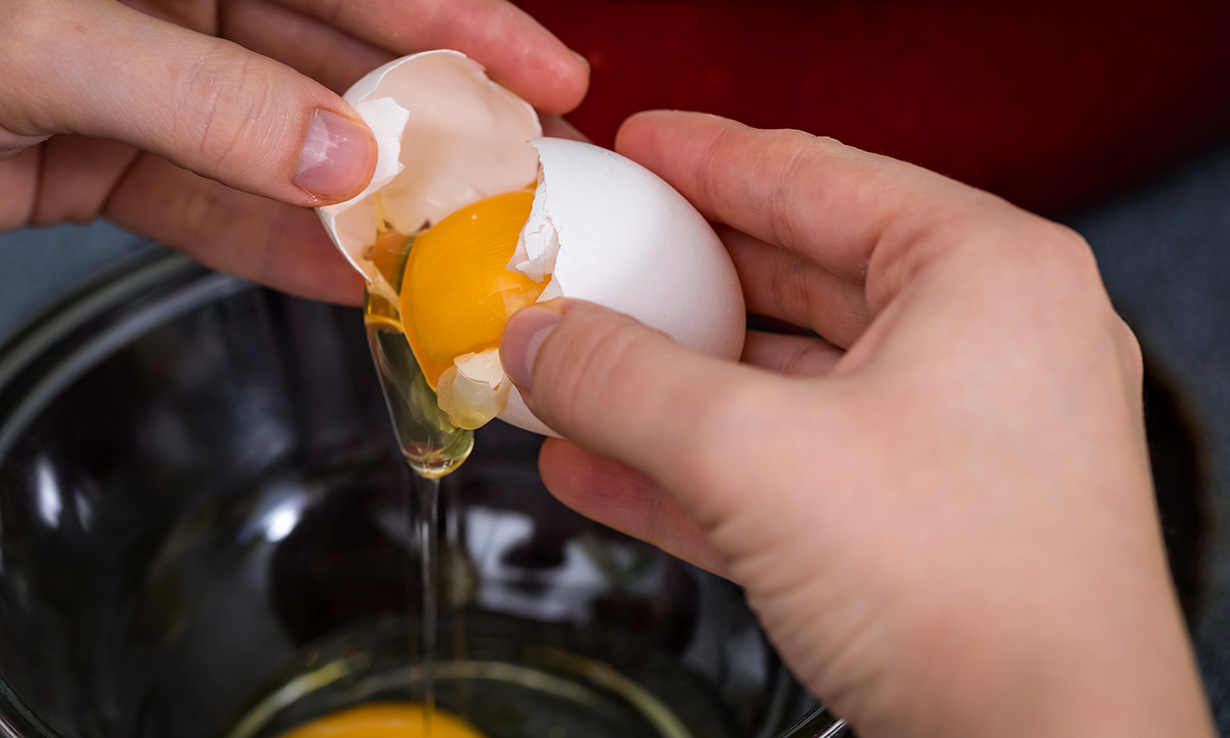 Various consumer surveys carried out throughout Europe showed that consumers tend to prefer eggs with darker rather than lighter yolks, as well as consistency of colour throughout the batch.

But did you know the reason that some yolks are more ‘golden’ than others is simply because of the food the chickens eat and not necessarily because they are free range, organic or from fancy breeds.

The deep golden yolk comes from putting natural carotenoid ingredients (pigments that occur in plants and algae) in the hen feed, including marigold, grassmeal, capsicum, maize or citranaxanthin, which naturally occurs in citrus fruit peel.

For example, Golden Yolk eggs (21.5p each) are advertised as ‘laid by hens fed a natural diet with extracts from brightly coloured flowers’.

Although free range chickens will feed on a naturally varied diet of grasses, herbs and weeds, giving them golden yolks, it doesn’t necessarily follow the caged hens will have pale yolks.

If commercially reared hens are fed carotenoid-rich feed, they, too, will have golden yolks. 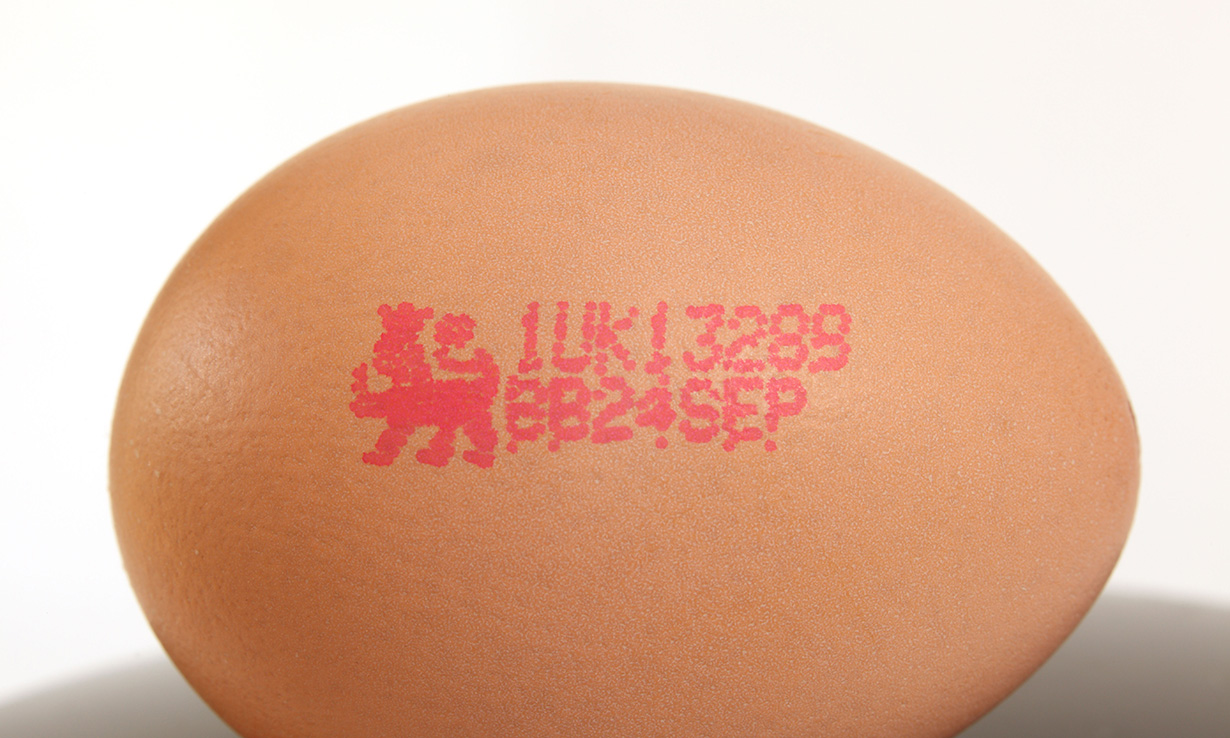 You’ll know if you’re eating a British Lion scheme egg because it will have a red lion stamped on the shell.

These eggs are produced under the strict requirements of the Lion Code of Practice, ensuring the highest standards of food safety throughout the production chain, including a ‘passport’ system that ensures all eggs are fully traceable.

Since it was introduced in 1998, the British Lion scheme has led to a drastic reduction in the presence of salmonella in UK eggs.

The Food Standards Agency says that British Lion scheme eggs are the only eggs that are safe to be consumed runny, or even raw, by vulnerable groups.

Eggs should be stored in a cool dry place, ideally in the fridge, until you use them, and shouldn’t be used beyond the ‘best before’ date. 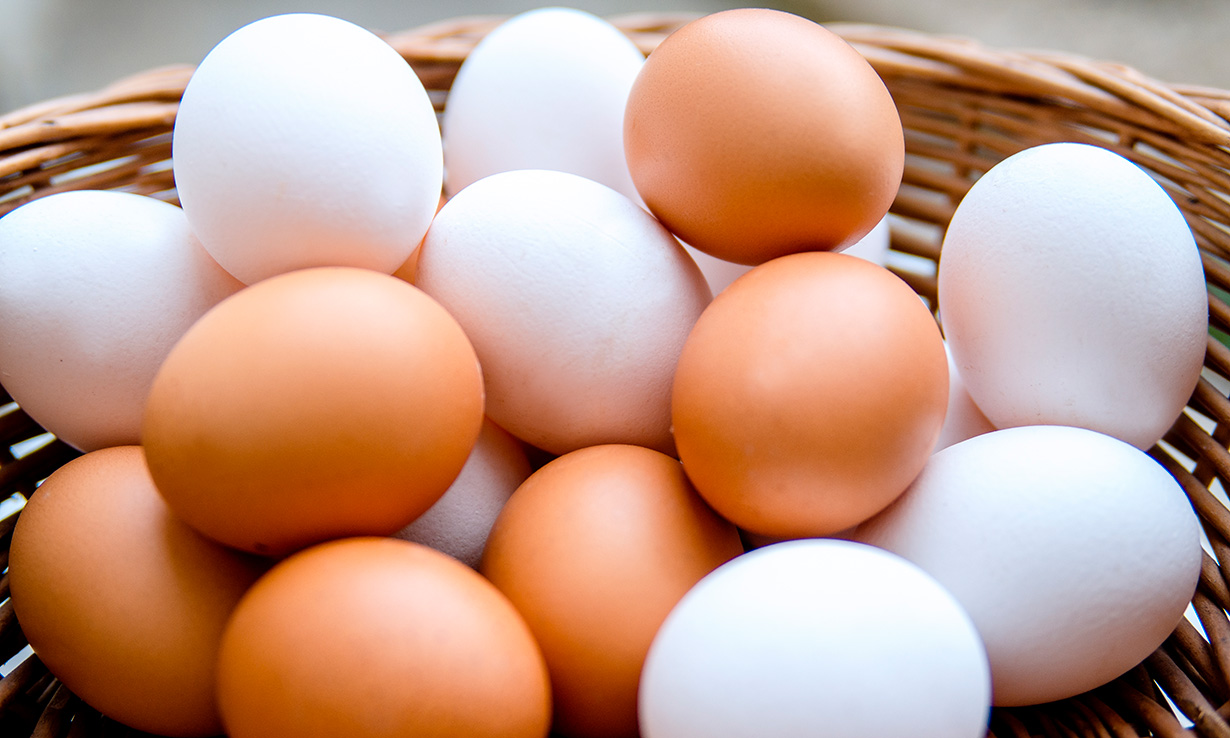 In much the same way that consumers might think that brown sugar is healthier for you than white (it isn’t and is just as calorific), there’s no truth in the suggestion that brown eggs are healthier than white.

They are often seen as being healthier and more ‘rustic’, but a brown shell doesn’t make them any healthier than eggs with shells of other colours.

In fact, if you’re concerned about animal welfare, you may be better off hunting for white eggs.

This is because the chickens that lay brown eggs can be more aggressive than those that lay white eggs and therefore tend to have their beaks trimmed (usually by infrared) shortly after birth to stop them pecking each other – a welfare issue that the government is keen to phase out.

When it comes to shell colour, this depends on what breed of chicken laid them. The different colours come from pigments (or lack of) that the hens produce – see the table below for examples.

However, the shell colour doesn’t affect the flavour of the egg: that comes from the feed they are given.

In the mood for egg on toast? Check out the results of our best spreadable butter taste tests

* We looked at large eggs available in UK supermarkets and compared them with each other. Smaller eggs (medium and small) cost less per egg. Prices correct on date of publication.